Total sales still matter. But few other measures do as retail morphs. While many want to characterize e-commerce as a great destroyer, it's actually a great creator, bringing retailers and customers even closer together. 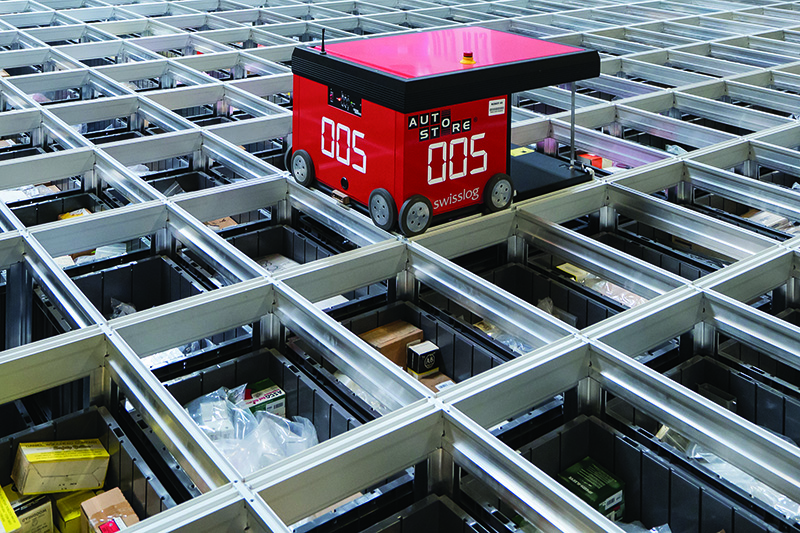 However, “We could go away at any minute,” said Walmart CEO Doug McMillon in mid-November. And then he added at that CNBC event: “I didn’t understand how much of a digital transformation was needed (when I first started). That is still underway.” McMillon became CEO in 2014.

Nothing but doom and gloom for retail? Hardly. The National Retail Federation called well in advance of this past holiday season for at least a 4% increase in sales. That’s in a 2% economy.

Clearly, retail is doing something right. But who knows what “right” is any longer.

Quite simply, the metrics of success are changing. Total retail sales still matter. But that metric is one of the few constants in a world turning itself inside out.

As McMillon said, the digital transformation of retail is incomplete. Very much so. No expert pegs e-commerce sales at more than 15% of the total with many saying it’s more like 10% or 11%. E-commerce was just 4% of retail a decade ago.

Yet, the digital transformation is already having a significant impact on how retail operates well beyond store closings.

Real estate power CBRE says e-commerce is driving strong demand for smaller warehouses (70,000 to 120,000 square feet) that are closer to consumers. Rents are up while availability is down, both by about a third. And, supply of warehouses of all sizes can’t keep up with demand, says commercial real estate firm Transwestern.

A year ago, two-day delivery was considered “prime.” Now, many expect to receive their purchase same day or next day at worst. By definition, that means warehouses have to be closer to consumers. Some dying malls are being turned into distribution centers as we speak.

Order-on-line, pick-up-in-store is now much more than a less-than-elegant kluge. It is a valuable offering in retail. And, it is changing how retail fills orders.

At the same time, all those personal shoppers at Whole Foods and elsewhere are about to disappear into the back room. It’s called micro-fulfillment, and it’s poised to explode in grocery as well as general retail. That’s all very attention getting, but we haven’t even mentioned robots yet. Look for them to stoke the fires of change in order fulfillment for years to come.

The story is compression

All of that said, take a deep breath, please. Yes, retail is changing. Rapidly. But it is not the end of consumer buying. We need to get past words such as “apocalyptic” and “retail vortex.” Those are nothing more than click bait.

What is happening is compression in order fulfillment—both in terms of omni-channel distribution and time to customer.

“We are now in the time of the omni-channel shopping experience,” says Rob Dold, senior account executive at Fortna. “Retailers are learning how to keep consumers engaged whether they are in a store or on their phone during dinner. That engagement is paramount. Those that make the buying experience seamless regardless of channel will benefit big time. Those that don’t will fall by the wayside,” he says. Quite simply, all channels are being compressed together by future retail leaders.

Dold points to Target as one retailer that has made the shopping experience seamless. “It doesn’t matter if you’re in the store or picking up an online order without getting out of your car. Target has done a great job of tying it all together,” he says.

While that’s all consumer facing, compression is just as important within the four walls, explains Mike Khodl, vice president of global solutions at Dematic.

“Retail is reducing the order cycle time for all forms of omni-channel order fulfillment or e-commerce order fulfillment. It used to be that a warehouse manager could plan work velocity and staffing as much as five to seven days out. Now, it’s an accomplishment to know 15 minutes in advance,” says Khodl. He adds all of this is true whether the activity is order fulfillment or inventory replenishment in the DC or the micro-fulfillment center.

Filling those orders faster than ever has an end game—compete with Amazon. “It is now in consumer’s minds that two-hour order delivery is not out of the ordinary, thanks to Amazon,” says Marc Wulfraat, founder and president of MWPVL International. “If you try to fight their strategy, you will lose,” he warns.

Micro-fulfillment, filling e-orders in the back of existing retail space, is expected to be a $1 billion segment of the materials handling industry less than 24 months from now.

Once again, Target is an example of a retailer having success here. In its latest quarter reporting, e-commerce sales increased more than 30% and same-day deliveries accounted for 80% of that growth.

Furthermore, the retailer has said that filling an order from the back of a store rather than a DC saves about 40% of the fulfillment cost. Even more important to the consumer, store fulfillment usually gets the order into their hands faster than from a DC.

Jim Tompkins says others that get it include Nordstrom, Walmart and TJX companies. “Nobody at Walmart is still saying ‘what would Sam do,’” says Tompkins, chairman and CEO of Tompkins International.

New practices within the four walls

Living with that new paradigm, however, is difficult at best. “It has a direct impact on costs and service levels,” explains Kevin Reader, Knapp’s director of business development and marketing.

“There is huge variability in the latest form of omni-channel,” says Bryan Jensen, chairman and executive vice president of St. Onge Co. “The question is: How do you deal with it? Variability will not go away, and, yet, you need to figure out how to balance equipment investment and staffing.”

“The best solution is to cover peaks with investment not people,” says Jensen. But he’s not talking about installing two more high-speed sorters. The ROI would be prohibitive for most year-round volumes.

Instead, the solution, says Jensen, is to bring in put walls or even create a two-pass sortation system that becomes a one-pass system when volumes warrant. While those clearly are hypotheticals, the reality is investments must be creative to strike the right balance of speed and agility with labor.

One of the latest new ideas here is robots. Many of the experts interviewed for this article talked about them. They also acknowledged that this is the very early stage of bringing robots into DCs for order fulfillment.

At this stage, autonomous mobile robots (AMRs) are the dominant type. They don’t have arms and don’t pick items. While some item picking robots do exist in retail, most consider those to be the true bleeding edge of the technology.

Instead, AMRs typically move goods to pickers and back again, much like the Kiva robots Amazon bought a few years back. Furthermore, AMRs are distinct from automatic guided vehicles that tend to move different loads, often full pallets, and are usually not part of the picking process.

“The idea is to automate repetitive tasks that have little if any value-added content,” explains Dold. That leaves value-add work to people.

Mobile robots are coming to the DC in all shapes and sizes, bringing goods to pickers and back again on demand.

Building out the network

Clearly, the days of centralized distribution in retail are fading quickly, again, thanks to Amazon’s highly distributed network. “Anybody who picks an average location for a DC is sure to please no one,” says Tompkins.

Wulfraat sees 3PLs in particular building out networks of small (250,000 square feet and smaller) in locations closer to consumers. “I call that a CFC or customer fulfillment center,” Wulfraat told Modern Materials Handling in October of 2019.

Retailers themselves are in the thick of this shift, especially grocery. And suddenly, all those brick-and-mortar stores are proving to have unexpected value. “The challenge is to get inventory as close as possible to the consumer,” says Mitch Hayes, Swisslog’s vice president of e-commerce and retail.

That’s the cue for micro-fulfillment. The idea is simple—pull online order fulfillment back from the DC and away from the shelves of brick-and-mortar whenever possible and practical. Put it all in a back room with any of several automated systems. While micro-fulfillment centers could be in the back room of many large retailers, they are, at least initially, more likely to serve several locations from one microcenter, much like what third-party logistics (3PLs) providers are doing.

The concept is surely a powerful story. Investment firm Jeffries downgraded Kroger stock last fall because it had opted for centralized DCs not micro-fulfillment. Jeffries cited higher delivery costs due to greater distances from consumers and more up-front investment than micro-fulfillment requires.

The primary focus today is grocery. However, Jeff Hedges, president of OPEX Warehouse Automation, says general retail offers huge opportunity, too. “The small footprint of these microcenters is well suited to the low availability and high cost of real estate in metropolitan areas closest to customers. Furthermore, they can be used for returns as well as order fulfillment,” adds Hedges.

The most established foray here is a partnership between Takeoff Technologies and Knapp’s shuttle system. According to Knapp’s Reader, the system is highly scalable and can be installed in 16 weeks. “It’s also easy to build small networks of these facilities,” says Reader.

Reader’s characterization of the equipment carries over to that from other key players including Dematic, OPEX and Swisslog. The individual technologies may be quite different, but the impact is similar.

Nobody ever said this enormous shift in retail would be easy. But it sure is interesting. And, it may look quite different even a year from now.

Caja Robotics Partners With Intralogistics Company Fives to Take on Southern European Market
Caja hopes to take advantage of the systems integrator’s expertise in the region to help it better serve its customers.