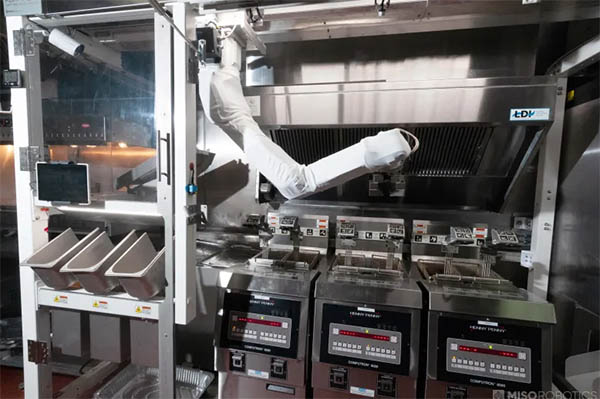 Cooking up something good this long Memorial Day weekend? You might find this news tasty.

Made-to-order chicken wing chain Wing Zone this week announced a partnership with Miso Robotics to make Flippy 2 a part of its standard build for all future restaurant locations.

“With over 100 new shops in our current development pipeline, our technology roadmap relies heavily on strategic partnerships with companies like Miso, a pioneer in the field of food automation, that has the knowledge, data and resources to design robotics solutions that maximize our efficiency and provide a better overall customer experience,” said David Bloom, chief development and operating officer of Wing Zone. “Our industry is in dire need of automation, and we are more than ready to deploy it at scale to continue growing our business.”

Flippy to be installed in 20 Wing Zone locations

Wing Zone’s partnership with Miso comes in parallel with the recently announced Wing Zone Labs – a franchisee of Wing Zone that will also support the brand's overall corporate innovation efforts. Wing Zone Labs will deploy Flippy at its 20 forthcoming Southern California locations to handle the frying station for chicken wings and other fried menu items.

“We couldn't be more excited to announce a truly groundbreaking partnership with Wing Zone to incorporate back-of-house automation into all of its future restaurants from this point forward,” said Mike Bell, CEO of Miso Robotics.

“No other brand has accepted automation to this degree, and we don't take their trust in us lightly,” he added. “We want to establish Wing Zone as the franchise of the future, and this is just the first step in doing so.”

Miso Robotics is primarily funded by individual investors. With over 18,000 shareholders, the company has raised more than $50 million in crowdfunding to date and is currently in its Series E round, which kicked off with a market valuation of $500 million.

In April, the company announced that it was partnering with Jack in the Box Inc. to test its Flippy 2 and Sippy robots at one of the fast-food restaurant's location.

Founded in 1993, Wing Zone is an international fast-casual restaurant franchise known for its cooked-to-order chicken wings and tenders. The chain said its award-winning flavors are available at more than 31 locations in North America and its 30 restaurants internationally.