With headquarters in Munich and Beijing, Agile Robots claims to be the first "unicorn" in intelligent robotics.

Agile Robots claimed to be the only "unicorn in the intelligent robotics field." 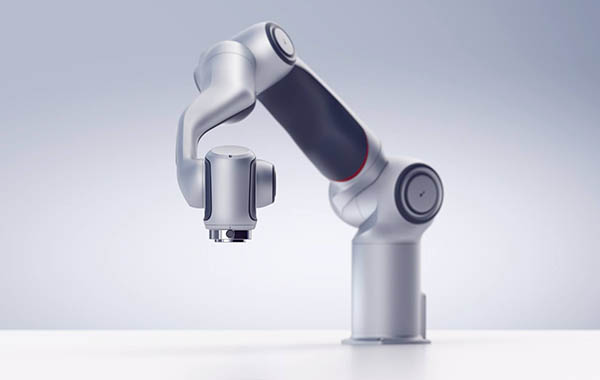 Agile Robots
Agile Robots claimed to be the only "unicorn in the intelligent robotics field."
By Robotics 24/7 Staff
·

Agile Robot Technology Co. last week said it had completed a $220 million Series C funding round led by SoftBank Vision Fund 2. The robotics software startup claimed to be “the only unicorn in the intelligent robotics field with a valuation exceeding US$1 billion globally.” Agile Robots said it will use the financing for product development, mass production, and sales expansion.

“With the unique technology by combining a robotic OS [operating system] and the world's leading sensitive robots, Agile Robots is seeking fundamental breakthroughs in robotics,” said Dr. Zhaopeng Chen, the founder of Agile Robots. He added that it is “applying the next generation of robots to intelligent precision assembly and medical treatment [tasks] that can only be accomplished by human beings right now. With the support of our reputable investors and customers, we are confident to push robotics into a new era.”

Founded in 2018, Agile Robots AG said it has know-how robotics software and hardware. The company has headquarters in both Munich and Beijing. With German Aerospace Centre (DLR) as its technical backbone, Agile Robots said it combines artificial intelligence and robotics innovation to expand automation to more fields.

Not only is DLR is not only the first institute to send intelligent robots into space and perform complex tasks such as human-robot collaboration, but it also the first in the world to propose and develop successful force-controlled robots adopted in industry, claimed the company.

Agile Robots independently developed and launched products such as its AgileCore operating system for the coordination of robots and accessories such as end effectors from different manufactures. It has also created the DIANA force-controlled robot, medical systems, humanoid dexterous five-finger hands, and its Flexible Intelligent Platform (FIP).

The company said its research and development capabilities allowed it to launch a “robotic worker” that can be a smart assistant to all kinds of workers and take over mundane or dangerous tasks. Agile Robots noted that its could open new market opportunities for intelligent robot applications.

Now in mass production, Agile Robots' systems are in use in industries including agriculture, healthcare, precision assembly in automotive manufacturing, and education. The company said its cusomers include top electronics makers and a leading international telecommunications service provider.

SoftBank Group added that it has made capital contributions to allow investments by SVF 2 in certain portfolio companies. The announcement does not constitute an offer to sell or a solicitation of an offer to buy limited partnership interests in any fund, including SVF 2. The fund has yet to have an external close, and any potential third-party investors will receive additional information related to any SVF 2 investments prior to closing.

“As part of our ongoing commitment to China's dynamic market and to help entrepreneurs drive a wave of innovation, we are delighted to partner with Dr. Zhaopeng Chen, Peter Meusel, and the Agile Robots team,” said Dr. Eric Chen, managing partner at SoftBank Investment Advisers. “Agile Robots connects artificial intelligence with advanced robotics technology to solve some of the most challenging industry problems and is the latest example of our continued support of China's growing technology sector.”

“Hillhouse is a long-term investor in Agile Robots, having participated in several of its financing rounds, including the seed round,” said Luke Li, founding partner of Hillhouse Group. “We were delighted to witness Dr. Zhaopeng Chen's team achieve multiple breakthroughs in the field of robotics.”

“Despite the demand for robots is fast growing, traditional robots are limited in standard tasks,” said Caroline Fu, partner at Sequoia China. “We are optimistic about Agile Robots' potential market of general-purpose robots by integrating intelligent robots, force-sensing and robot vision.”

“Their innovative technology can be applied widely in markets with large-scale and complex demand for robots, such as medical treatment, 3C, and automotive manufacturing. We hope that Agile Robots will develop and apply more industry-leading innovative technologies in the near future to provide efficient, reliable, and low-cost solutions for more complex scenarios.”

Agile Robots
Agile Robots claimed to be the only "unicorn in the intelligent robotics field."