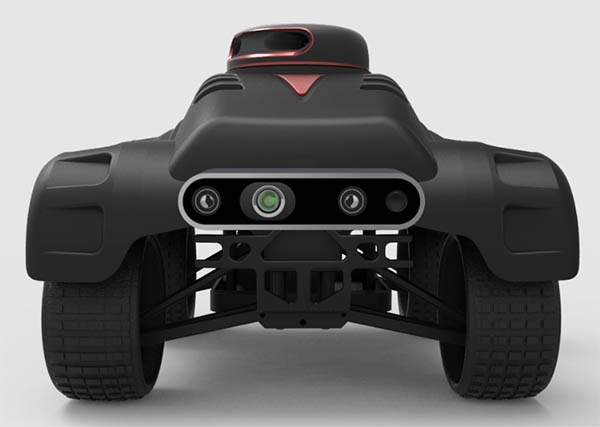 Mobile robot fleets are growing in warehouses and factories, and the tools to manage those fleets are becoming more sophisticated and easier to use. Cogniteam yesterday announced that it is partnering its robotics operations system with 634AI's MAESTRO “control tower” to enable safer, harmonized indoor operations.

“For those who are integrating technology into their facilities, it is often an inefficient patchwork that puts operations and worker safety at risk,” stated Oren Levy, CEO of 634AI. “One of our goals is to allow robots to do the heavy lifting, both from worker safety and an operational efficiency standpoint.”

“Cogniteam’s Nimbus lets us focus on our IP [intellectual property] by freeing us from developing entire robot and fleet infrastructure that can take years to develop in-house,” he added.

Forklifts are among the most common warehouse machinery, with up to 850,000 units in the U.S. alone, noted Cogniteam and 634AI. Human forklift operators require extensive training, but labor shortages and operational challenges result in 50% of today's forklifts being used inefficiently, the companies said.

More than 11% of forklifts are involved in accidents, placing such incidents on the Occupational Safety and Health Administration's (OSHA's) list of “Top 10 Most Frequently Cited Standards.”

However, developing a robot or an autonomous lift truck and bringing it to market can take about six years, including ideation, development, hardware and software testing, and deployment, said Cogniteam. The company has been developing “drag-and-drop” AI for robot mapping, navigation, and autonomous decision-making for more than 10 years.

634AI said its semantic analytics, generated from a panoptic view of the floor, can provide real-time safety alerts for human-driven vehicles, navigation for AMRs, and a unified and flexible system.

Nimbus is a “natural fit with 634AI's vision of the future of robotics and its MAESTRO platform,” said Cogniteam. It and 634AI said the combination of their technologies will help speed up the introduction of 634AI's mobile robots.

Last month, Cogniteam said it was collaborating with robot hardware developer Rover Robotics Inc. to deploy its “low-code” platform on Rover's chassis. The stated goal was to save mobile robot developers from the “time-consuming and burdensome task of re-inventing existing technologies.”

“By adding Nimbus to these platforms, Rover Robotics is remaining true to their mission of building off of proven in-field experience to reduce development time and boost quality,” said Elmaliah. “Nimbus empowers companies to take these pre-developed robotics platforms and quickly drag and drop proven software capabilities onto them. These even include the building blocks for autonomous operations, including localization, mapping, navigation, spatial recognition, and others.”

Nimbus' cloud connectivity enables robots to benefit from over-the-air updates without needing to be taken out of service, noted Cogniteam. Increased uptime can also keep machines relevant for longer and increase users' return on investment (ROI), it said.

“The machines developed to meet today’s specifications won’t have all the capabilities required to meet tomorrow’s demands,” said Nick Velander, CEO of Rover Robotics. “Pre-integrating our robotics platforms with Nimbus allows teams to develop, test, and reach market demands at a record pace. Cloud connectivity also allows the machines to evolve over time, preparing them to meet the unforeseen demands of the future.”

Cogniteam and Rover Robotics said developers can rely on their “foundational” software and hardware to rapidly develop or retool existing systems. Companies can also place proprietary or third-party components on the platform to develop and deploy AMRs for a wide or a targeted sector, they said.

Logistics Robots and AI Realize Visions of a More Robust Warehouse Ecosystem
Here are examples of how warehouses and distribution centers worked with technology providers to optimize their operations.