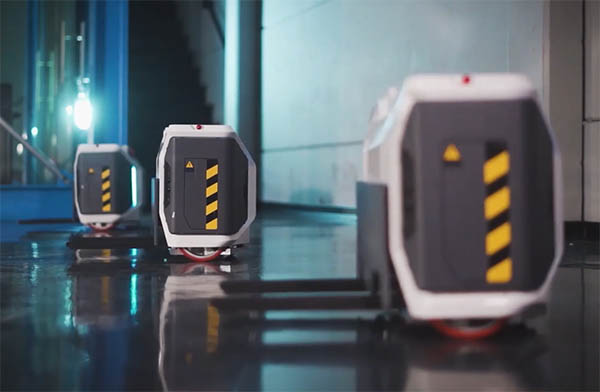 “I've been doing a lot of work bringing technology to users in consumer and medical products and now robotics,” said Ran Poliakine, founder and CEO of SIXAI and a serial entrepreneur.

“The common theme for me was to use technology for what people need,” he told Robotics 24/7. “There's a big gap between what technology can do and how it's consumed by different industries.”

“A friend of mine is a third-generation owner of an automotive supplier,” Poliakine said. “He told me that in Japan, 9 million people are in the car industry, and 20% are still doing quality assurance [QA].”

“While we can't yet imitate the human brain with computers, I brought in my AI team from gynecology to teach algorithms what parts are good or not,” he explained. “We used a 'golden sample'—looking for a single-pixel difference, like taking a 1:1 gold plate of a wafer in semiconductors. We did a long pilot with Toyota and a Honda subsidiary.”

SIXAI has invested in a company that sells AI-enabled visual control inspectors to automotive and other manufacturers in Japan. They will be able to improve productivity and the accuracy of inspections, said SIXAI.

“Another 20% of people are doing material handling, which is a bigger challenge with labor shortages,” recalled Poliakine. “We ended up with a concept of putting cameras on the roof or ceiling, like kids with remote controls, and investing in one very strong computer that can take everything from ERP, analyze collision risk, and send simple requests or commands to low-cost forklifts.”

MAESTRO features a “control tower” that uses computer vision and AI to coordinate the movement of robots, equipment, and people, claimed SIXAI. Rather than the endpoint device or the cloud, it handles the compute.

“For safety, it can see if someone is around the corner from a forklift, reducing the rise in accidents since COVID-19,” he explained. “Unlike autonomous lift trucks, which are islands of autonomy, we can take dumb forklifts, add sensors to look to the sky, and add some emergency stop features.”

While most AMRs include safety measures such as lidar and bumpers, MAESTRO can send an alert in real time, improving efficiency.

“No. 3 is controlling dumb forklifts with both video and communications,” Poliakine said.

Other AMRs have to rely on APIs between legacy factory systems and fleet managers, but MAESTRO can processes a QR code tag on a pallet and generates a transfer task. It can also assign tasks by placing a pallet in a designated area, according to 634AI.

SIXAI's initial plan is to place 200 AMRs across 35 facilities owned and operated by Musashi Seimitsu Industry Co., a Tier 1 manufacturer of parts for automobiles and motorcycles. The Toyohashi, Japan-based company has factories in 14 countries, including sites in Battle Creek, Mich.; Arthur, Ontario; and San Luis Potosi, Mexico.

Musashi Seimitsu, which is a major shareholder in 634AI, tested MAESTRO in its facilities for two years. The companies said they plan to deploy robots in phases. They will start with North America and eventually implement robots in 34 countries.

“We are pioneering the way forward for manufacturing and distribution,” stated Poliakine. “The possibilities are endless—airline baggage and cargo, semiconductors, and general freight industries could all benefit from our robots.”

He said he expects rollouts of MAESTRO to continue into 2023 and 2024 as fleets grow to thousands of robots at automotive and logistics customers.

Customers can& “hire” SIXAI's robots in a robotics-as-a-service (RaaS) model. While larger customers such as Toyota may have a dedicated support staffer, the company said its software enables it to scale and keep costs down.

“The biggest barrier to change isn't the technology, but the operations guys on the floor who don't yet see how they can be more productive,” said Poliakine. “It will take time, but we've had quite a bit of success with existing customers in factories, logistics facilities, and retail stores. “

SIXAI is working with each facility to train staffers, and to teach its algorithm “what's going on,” Poliakine said.

“For hardware, most things are off the shelf,” he added. “Most people are already familiar with AGVs [automated guided vehicles], so training maintenance staff to take care of dumb forklifts is easy.”