In addition to its camera robot, Doosan demonstrated systems for palletizing, food and beverage, and smart agriculture. 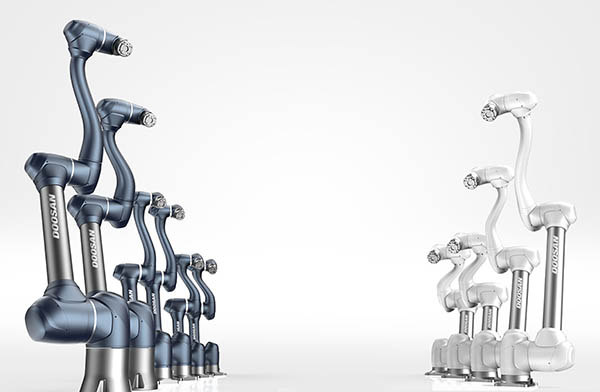 Doosan Robotics Inc. this week announced that it has raised $33.7 million and sold more than 1,000 collaborative robots. The Seoul, South Korea-based company said it plans to establish subsidiaries in North America and Europe, make an initial public offering, and strengthen its research and development capabilities.

“We're looking forward to expediting the growth of our business with the recent funds raised,” said William (Junghoon) Ryu, CEO of Doosan Robotics. “We will further enhance the competitiveness of new products and software that are mounted with our proprietary technology and strive to attain the position as No. 1 market share holder in the global cobot market.”

Founded in 2015 by Doosan Group, the company said its proprietary collaborative robot technology is designed for the next generation of manufacturing. Doosan Group was established in 1896 and has 25 affiliates and 114 global entities worldwide, generating a revenue of $15 billion (U.S.) in 2020.

Doosan Robotics claimed to be the cobot leader in South Korea since 2018. The company has been exhibiting at the international Consumer Electronics Show (CES) this week in Las Vegas.

At its two-story “robot studio” in Booth 5318 in the West Hall of the Las Vegas Convention Center, Doosan Robotics demonstrated its robots, including robot camera system NINA, for “New Inspiration, New Angle.” NINA is designed for the entertainment industry and won a CES 2022 Innovation Award.

In addition, Doosan Robotics said it plans to create an open platform for users to exchange presets of camera movements to diversify filming results and allow beginners to incorporate difficult-to-film angles at a click of a button. The robot also includes 260-degree rotation, safety features, hand teaching, and motion import and export.

“We highly anticipate the upcoming March release for our NINA camera robot system, and look forward to showcasing for CES attendees this year,” said Ryu. “NINA brings in a whole new era for Doosan as we expand our offerings into the entertainment and content genre. Our goal has been to deliver something accessible yet innovative for professional content creators across entertainment, advertising, social media, and other relevant industries, and we're confident NINA will deliver in big ways across the board.”

Also at CES, Doosan Robotics also demonstrated its flagship H-SERIES system for packaging and palletizing goods. The company said its automation supports the need for improved efficiency and profitability in the logistics and supply chain industry.

Praxis Capital Partners and Korea Investment Partners led Doosan Robotics' latest funding. The company said it will expand its global sales base, which already accounts for 70% of its total sales. Doosan is also looking for additional partners as it pursues leadership in cobots for the manufacturing and service industries.

In other partnerships, Doosan Mobility Innovation this week announced agreements with Iris Automation and Drone America to develop hydrogen fuel cells for long-range, autonomous beyond visual line-of-sight (BVLOS) drone operations. The partners said such cells can have an energy density up to four times the current standard.

“Getting to higher density, zero-emissions fuel is an important breakthrough for long-range drone operations,” said Lori DeMatteis, vice president of sales and marketing at Iris Automation. “As part of the overall drive to scale, it makes commercial operations increasingly viable and cost-effective.”