Drones, Data, and Robotics as a Service With Near Earth Autonomy 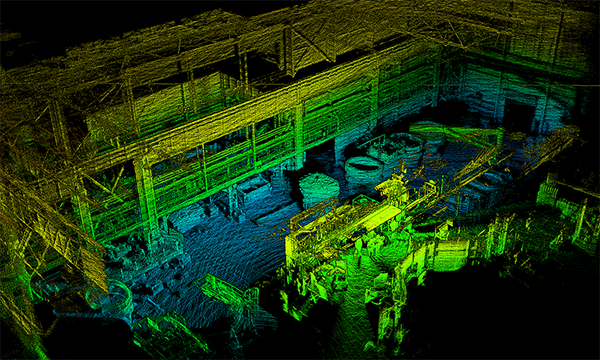 Robots and aerial drones are mobile sensor platforms, and many industries have recognized the value in the data they collect and how it is analyzed for actionable insights. This recognition is reflected in changing business models, from drones and robotics as service, or RaaS, to data as a service. Near Earth Autonomy Inc. is an example of the companies serving this growing market.

The company provided its systems to the K-MAX TITAN, which Kaman Air Vehicles described as “the world's first heavy-lift, unmanned helicopter for the commercial market.” The U.S. Marine Corps planned to test the K-MAX TITAN this month.

“Users don't care how you got the data. Nobody wants a point cloud for its own sake,” said Barry Rabkin, director of marketing at Near Earth Autonomy. “We realized that it's not about the drones or the autonomy but the customer value enabled through the drone.”

“When we talk about inspecting assets like wind towers, bridges, and buildings for different verticals, you want actionable information,” added Alex Foessel, director of market strategy and the drone inspection team at Near Earth Autonomy. “We spend a lot of time understanding the value of decisions made with inspection data and then backtracking to the sensors and how often you need to fly, the types of data—all of which can be the foundation on top of which to build the specifications for the drone components and software.”

“Customers are not always exposed to the types, quality, and frequency of data, so they often have difficulty understanding how drone inspections will benefit them,” Foessel told Robotics 24/7. “We engage the customers to validate the value. For example, we might study a construction site and learn that more frequent, detailed data would enable a customer to improve operations.”

“From there, we'd put together a prototype with off-the-shelf components and look at how we can work with the customer,” he added. “Once we understand the core elements, such as GPS-denied localization, then we invest the money to productize tightly integrated sensors, hardware, and software. We're not always looking for the cheapest components or configurations.”

Data as a service

“Most manually flown drone companies already deliver the value of not having people hanging from structures or doing dull work across large structures or fields,” said Foessel, who was previously the director of technology and innovation at John Deere. “With Near Earth's technology, you can send an autonomous drone to fly over the same asset over and over with clear registration, or photos from the same vantage point, every time. This allows the inspector to know immediately if corrective action is need, and you can tag point clouds or photos against the building information model.”

“With such continuity of high-quality data, with the right analytic algorithms, you can establish trends and set maintenance intervals that are not just set in time but also for preventive maintenance,” he explained. “Uptime is everything for customers with expensive assets, like factories or airlines. Our tools can gather data so that we can indicate to customers to anticipate or even delay maintenance.”

Thanks to Near Earth's connections with Carnegie Mellon University, it has access to a large set of algorithms, Foessel said. “We partner and integrate,” he said. “There are two ways to become relevant in data analytics. One is to be a Google or AWS that has shown performance in vertical after vertical, or you can control the tools that gather the data, such as autonomous drones. By optimizing the flight path, you can gather quality, complete, and frequent data.”

While the U.S. Federal Aviation Administration now issues Part 107 waivers for beyond visual line-of-sight (BVLOS) flights, such exemptions took a while to create, slowing the growth of the drone industry.

“Right now, the technology is more advanced than regulations allow,” Rabkin said. “We still have two people right now—a pilot and an inspector—but as drones beome more automated, we'll see several drones monitored from a central, remote location, depending on safety regulations. In some verticals, you might have a single drone operator who is not necessarily a trained pilot in two to five years.”

Are fully autonomous drone inspections coming for every market?

“The systems that we are deploying today are for complex and expensive assets,” said Foessel. “We can increasinly control the focus, contrast, and angle, with good aircraft stability. Going fully automated will depend on the industry. It's not just the technology, reliability, and certifications.”

Pandemic effects and a growth market

“The pandemic brought the horizon for value creation from five to 10 years out to two to five years,” said Foessel. “Let's take new technologies that have been developed and the investments and funnel them into products.”

“Anecdotally, 2020 revealed critical weaknesses that had to be addressed,” Rabkin said. “What happens at energy plants or water filtration facilities that have to be functional when staff is sick or can't convene? The answer is autonomous inspection.”

The global market for small unmanned aerial systems (sUAS) will grow from $9.5 billion in 2020 revenue to $92 billion by 2030 at a compound annual growth rate (CAGR) of 25%, predicted ABI Research. It attributed this growth to updated U.S. regulations, the highly visible role of drones in responding to the COVID-19 pandemic, and advances in 5G networking and edge processing.

Similarly, Markets and Markets forecast a CAGR of 55.9% for the commercial drone services market, growing from $4.4 billion in 2018 to $63.6 billion by 2025. It noted increasing development of industry-specific applications such as inspection and delivery, particularly in the Asia-Pacific region.

“We're not just selling the data or the hardware,” said Rabkin. “There's an opportunity to make the business model sensitive to the financial model. For example, if you charge per inspection, the value of the inspection has to have a higher rate of return than the cost of components.”

“If you analyze the data and produce the right reports for what the customer needs,” he said. “We're laser-focused on how we can affect customer KPIs [key performance indicators].”

Universal Robots to Demo Press Brake Tending Application and More at Automate 2022
Universal Robots, the cobot market leader, said it will have a big presence at this year’s show.

Nordic Unmanned to Buy 55% of Shares in ‘Drone in a Box’ Provider DroneMatrix
Nordic Unmanned, which has operational experience in more than 13 countries, is investing about $5.2 million in DroneMatrix, which provides drones as...
More Inspection