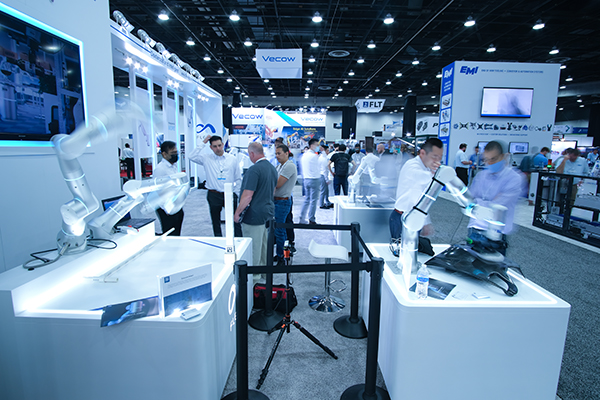 “This is the first time that Flexiv attends the Automate Show as an exhibitor,” stated Howard Huang, director of sales and business development for North America at Flexiv. “This exhibition offers a glimpse of the future, and we are ready to make that future a reality.”

Describing itself as “a world-leading, general-purpose robotics company,” Flexiv is focused on developing and manufacturing adaptive robots integrated with industrial-grade force control, computer vision, and AI. The company said it provides “innovative turnkey solutions” and services to customers in various industries.

Flexiv, whose U.S. offices are in Silicon Valley, gave Automate attendees an opportunity to see its technologies up close in Booth 1218. The Association for Advancing Automation (A3), which produces the event, said it is “the largest solutions-based exhibition of automation, robotics, vision, motion control, and more in North America.”

“By participating in Automate 2022, we can present potential customers and partners in both manufacturing fields including 3C, automotive, new energy, etc., and emerging industries like healthcare, agriculture, and R&D with versatile automation solutions to solve their unique challenges and create smarter production lines,” said Huang. 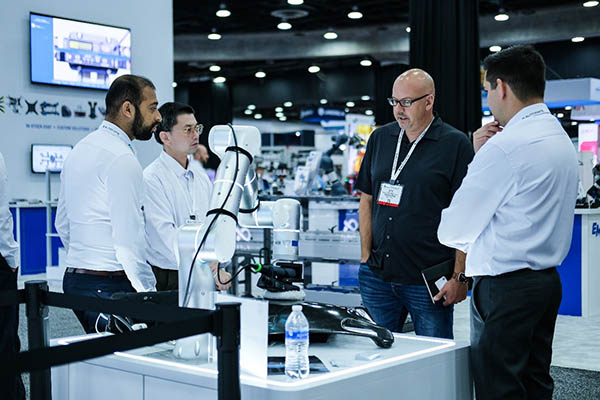 Booth visitors were also able to interact with a new robotic teleoperation demo developed with the recently released Flexiv Robotic Development Kit (RDK). They could operate a robot at a distance, watch it mirror their exact movements, and learn more about the benefits of remote controls.

Flexiv team members described how its systems can be used in medical manipulation, hazardous materials, and service scenarios.