Flytrex has worked with the FAA, local authorities, and restaurant operator Brinker International to deliver to more households. 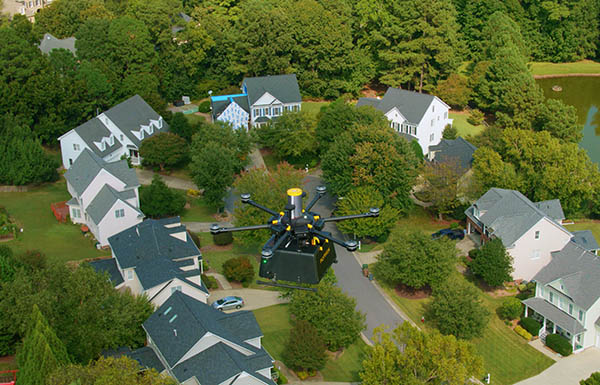 Drone deliveries are starting to become more common, thanks to careful collaboration. Flytrex Inc. today announced the expansion of its drone delivery service to Holly Springs, N.C. The Fayetteville, N.C.-based provider said it has partnered with local authorities and restaurant chains to begin delivering food to front and back yards in the neighborhood of Forest Springs. Flytrex will bring orders to dozens of households in the area that have opted into the service.

The company added that it will conduct all flights under Part 107, within visual line of sight, following the highest U.S. safety standards.

“We are soaring into a new age in which smart cities harness the immense power of drones to maximize efficiency and feed consumers’ growing appetite for on-demand deliveries – all while reducing our carbon footprint,” said Yariv Bash, co-founder and CEO. “We’re thrilled to expand our service and demonstrate the vast benefits of drone delivery to residents and businesses in Holly Springs. Together with the FAA and NCDOT, this program will reach unprecedented heights.”

Flytrex claimed that its direct-to-consumer, autonomous drone delivery service lets retailers and quick-service restaurants (QSRs) cater to a wider customer base with faster, safer, and more economical on-demand deliveries than ever before.

Flytrex teams up for orders

To become a leader in drone delivery, Flytrex noted that it has worked closely with the U.S. Federal Aviation Administration (FAA). The company participated in the FAA's Unmanned Aircraft System Integration Pilot Program (UAS IPP) and its successor, the BEYOND program.

For the expansion of service, Flytrex collaborated with Causey Aviation Unmanned, the FAA, the North Carolina Department of Transportation (NCDOT), the town of Holly Springs, and Kite Realty Group Trust.

The app will update customers regarding their order status along the route until the package is lowered by wire safely into their front or backyards. The service will expand to additional homes and neighborhoods in the coming months.

“The people of Holly Springs pride themselves on embracing new innovations,” said Dick Sears, mayor of Holly Springs. “As a Smart Cities Award winner, the Town of Holly Springs has been recognized for being a pioneer in the use of new technology, and our residents are excited to see how Flytrex’s drone delivery service can provide additional benefits to the community.” 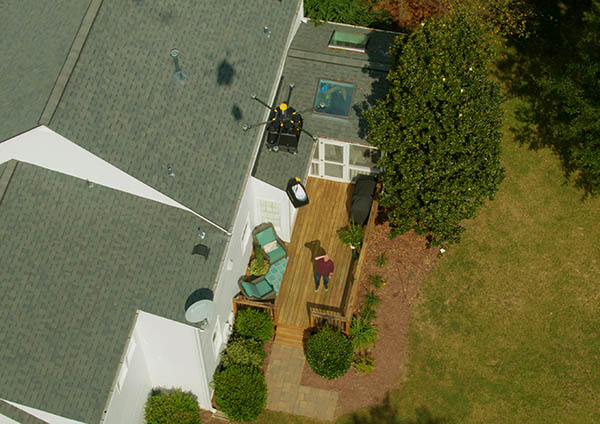 A delivery drone lowers an order by wire to a customer's backyard. Source: Flytrex

Flytrex and Causey Aviation Unmanned are also partners in the NCDOT’s BEYOND program, one of nine programs in the country selected by the FAA to pave the way for routine commercial drone use in the National Air Space. North Carolina partners said they have achieved more national firsts and flown more missions by far than all other teams combined since the FAA launched its integration initiative in 2017.

Holly Springs is the third location in North Carolina in which Flytrex operates. Since September 2020, Flytrex has been delivering groceries, household items, and restaurant orders to select customers in Fayetteville. It has since expanded that service to the neighboring town of Raeford.

In March, Flytrex received $9.3 million in venture funding. In April 2021, the FAA approved the expansion of the Fayetteville service, making it among the largest-scale backyard drone deliveries of goods on record.

Since February 2021, the volume of Flytrex orders across its North Carolina operations has increased more than tenfold, with thousands of deliveries to date, said the company.