GITAI has been working on robot arms for the ISS and 'Lunar Cruiser' rover with international partners including Nanoracks and Toyota. 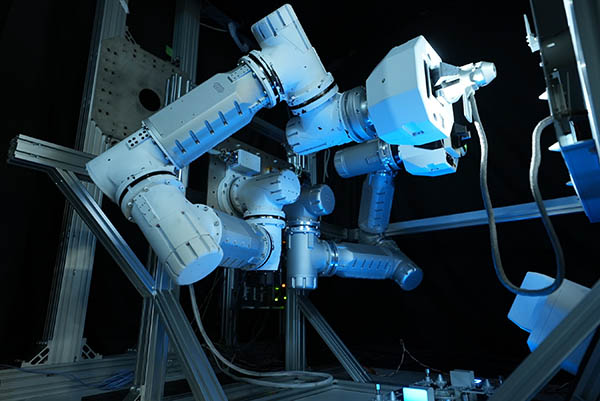 Astronauts are getting closer to having helping hands in space. GITAI Japan Inc. last week said it will demonstrate the capabilities of its autonomous robot arm, which will be mounted outside the International Space Station, in 2023.

GITAI first demonstrated its technology onboard the International Space Station (ISS) last year and said it met all mission objectives. In the next challenge, the Tokyo-based company's extra-vehicular robot will be deployed outside the Bishop Airlock with partner Nanoracks LLC.

“There are a tremendous number of applications in space that our robotic arm can be used for, including on-orbit servicing and lunar exploration, and we are thrilled to be able to partner with Nanoracks yet again,” stated Sho Nakanose, founder and CEO of GITAI. “Our vision is to provide a safe and affordable means of labor in space, and this opportunity on the Bishop Airlock brings us one step closer to making that happen.”

GITAI said it aims to reduce operational costs in space by 100 times. The company, which recently opened GITAI USA Inc. headquarters in Los Angeles, plans to provide robots to help build and maintain satellites, lunar bases, and even cities on Mars.

In the upcoming technical demonstration, GITAI's “S2,” a 1.5 m (4.9 ft.)-long, dual-arm robotic system, will autonomously execute in-space servicing, assembly, and manufacturing in the vacuum of space. The arm was delivered last August via a SpaceX capsule.

GITAI said it expects to achieve TRL Level 7, confirming of its feasibility as a system in space. The company said it will then further develop the robot's in-space capabilities with the goal of providing it to private U.S. space stations and orbital services providers.

GITAI last week also received recognition as the “Innovation Showcase Company” in the Japan-U.S. Innovation Awards co-sponsored by the Japan Society of Northern California and the Stanford University U.S.-Asia Technology Management Center. The company said it won the award for its ISS demonstration, development with Toyota Motor Corp. of a robotic arm for the “Lunar Cruiser” manned pressurized rover, and its U.S. expansion. 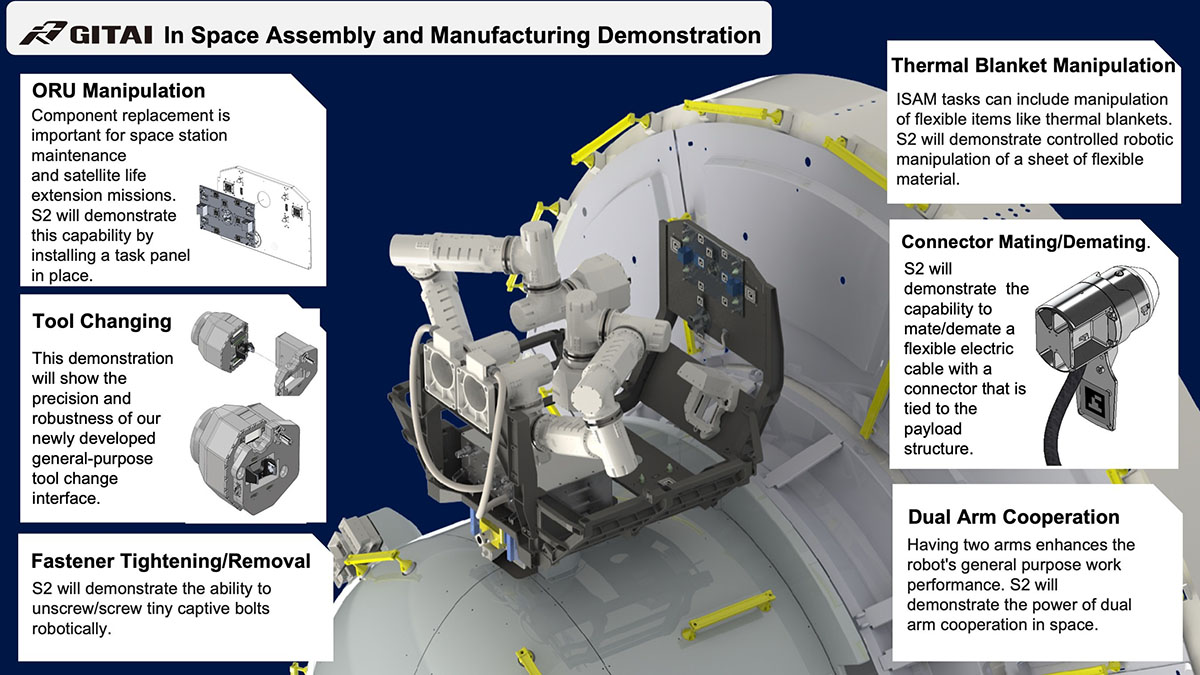 Overview of tasks to be conducted by the dual-arm robot in space. Source: GITAI

GITAI said it is jointly developing its space technologies with Toyota Automobile and received orders from Japan's Ministry of Economy, Trade, and Industry. The company is also actively recruiting staffers for its U.S. office and is working with private companies and U.S. government institutes.

“This mission is a key stepping-stone towards commercialization of LEO [low-Earth orbit], enabling both government and private sectors to obtain robust and high-performance robotics in space,” said Amela Wilson, CEO of Nanoracks. “We look forward to completing a successful demonstration of GITAI's space robotics technology.”

Houston-based Nanoracks said it is a global leader for providing commercial space services. The company owns and operates private hardware on the ISS and has launched more than 1,300 research experiments, deployed over 300 small satellites, and installed the Bishop Airlock.

Voyager Space is the majority owner of Nanorocks. With nearly 20 years of spaceflight heritage and over 1,500 successful missions as of April 2022, Denver-based Voyager delivers space station infrastructure and services. It also offers technology to commercial users, civil and national security government agencies, academic and research institutions, and more with the goal of accelerating a sustainable space economy.