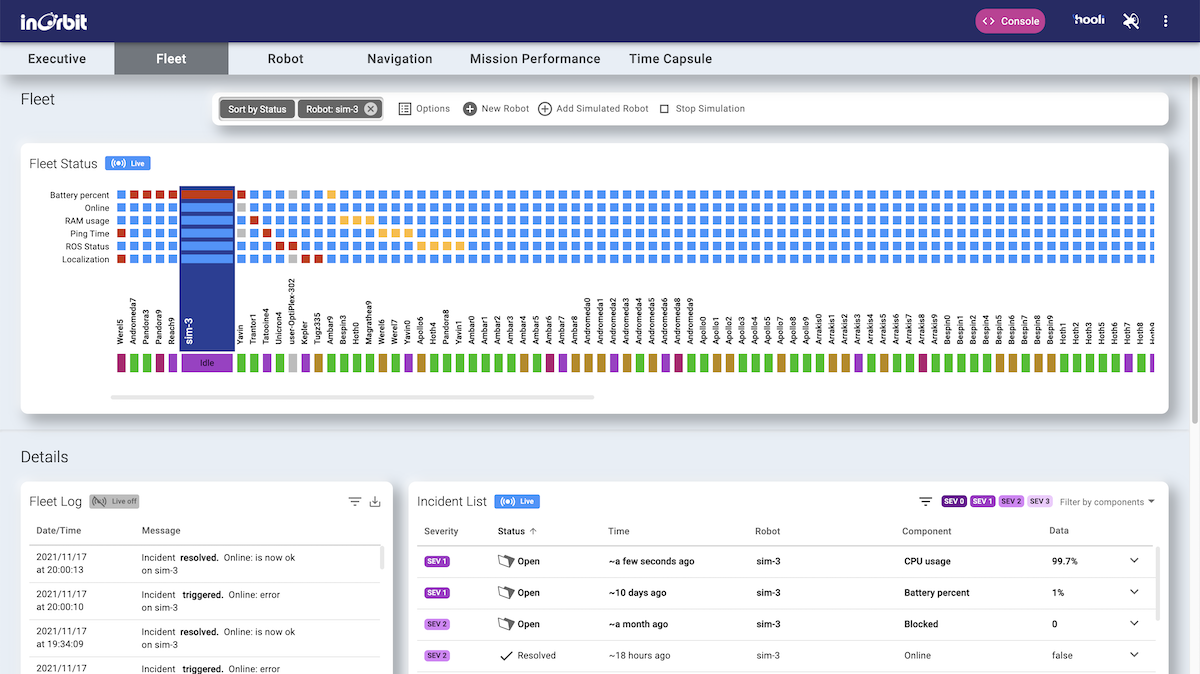 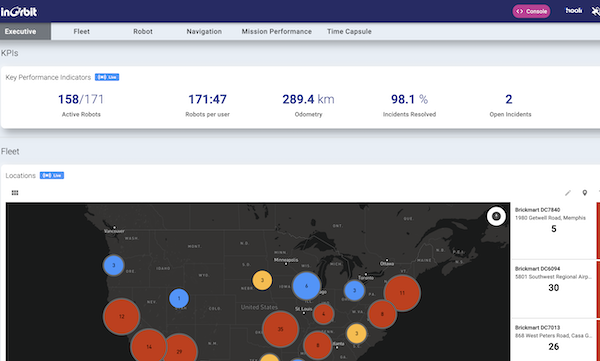 Businesses managing robot fleets need sophisticated but easy-to-use tools for configuring and managing robot operations, or RobOps, according to InOrbit. The Mountain View, Calif.-based company today announced the launch of Configuration as Code, which is intended to enable engineers to streamline development workflows with software automation best practices.

“We want to create RobOps tools that solve problems, streamline processes, and can be incorporated as part of the development workflow,” said Julian Cerruti, co-founder and chief technology officer of InOrbit. “Support for Configuration as Code enables developers with the benefits precise robot configurations offer, leveraging the power of the InOrbit platform to better manage the development cycle.”

The process of developing robotics software is time-consuming, manually driven, and prone to human error, noted InOrbit. As the complexity and scale of robot deployments grow, the need to manage them becomes more critical. This often gives rise to ad hoc and hard-to-maintain tools and processes, it said.

“In the end, robots are just IT systems, but the most complex incarnation,” Cerruti told Robotics 24/7. “They have diverse physical, mechanical, electrical, compute, and multistack software characteristics, let alone dealing with real-time AI. We're seeing companies integrate robots as components of bigger systems—it's difficult for the human brain to keep track of.”

“We already provide visibility into operational efficiency,” he said. “With Configuration as Code, we can describe how something running last week was actually configured and any configuration changes. We're not just describing results.”

“Let's say you deploy an entire fleet of robots from a new vendor in your factory,” said Cerruti. “You'd spend quit a bit of effort with internal staff, contractors, and the robot vendor to integrate them. With Configuration as Code, such changes are expressed as code that can be tracked with version-control systems.”

InOrbit said development teams can get more out of its platform with Configuration as Code, including the following:

“We've added scale, time, and weight factors, so it's easy to get to the cause of a problem,” Cerruti said. “If there's an incident—say, elastic scalability isn't triggering fast enough—you can go back and look at the metrics for load peak.”

“It's less about visibility, and more about control management for complex applications,” he explained. “It's a subtle difference from observability and is part of our continuous improvement drive for RobOps.” 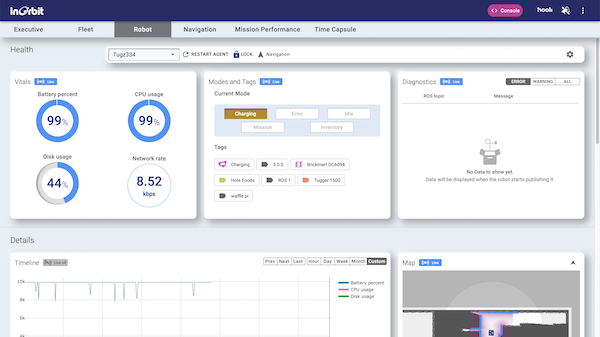 “Some of our early adopters were already doing this and asked us for an interface to apply configurations,” said Cerruti. “In some other cases, they want to perform modifications, but it took some time for them to express what they needed or to ask our specialists to do advanced configurations for a robot with a camera. The felt they had to rely on us for changes, but we want to save them time.”

InOrbit said its Configuration as Code capabilities and its complete line of RobOps systems are available on the InOrbit Developer Portal. As part of the company's efforts to support interoperable and developer-friendly initiatives, code examples and schemas have been published to GitHub so developers can start exploring immediately.

“With GitHub, you can keep more complete records of iterations, making them more resilient and easier to test or audit,” Cerruti said. “It's like taking written language and inventing the printing press. We're not abstracting complexity but are making digital assets readable for human review.”

“Configuration as Code gives our customers the power to do more with our platform on their own terms,” he concluded. “Even today, the robotics industry is in its infancy. The human or physical operations that could be augmented by robots is immense.”