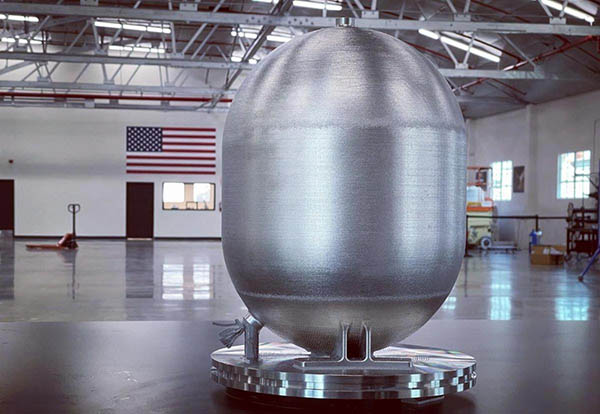 Velo3D Inc. today said that it and Launcher Inc., which develops high-performance rockets for small satellites, are proving the value of 3D printing for cost-effectively and flexibly delivery these satellites to orbit. In April, Launcher purchased a metal additive manufacturing system to print Inconel parts, and it recently added another one that prints titanium.

“Rocket engine turbopump parts typically require casting, forging, and welding,” said Max Haot, founder and CEO of Launcher. “Tooling required for these processes increases the cost of development and reduces flexibility between design iterations. The ability to 3D print our turbopump—including rotating Inconel-shrouded impellers, thanks to Velo3D’s zero-degree technology—makes it possible now at a lower cost and increased innovation through iteration between each prototype.”

Inconel is a family of nickel-chromium-based superalloys trademarked by Special Metals Corp. It is used extreme industrial or space environments, like titanium, which has a high strength-to-density ratio.

Founded in 2017, Launcher is developing a rocket and an orbit transfer vehicle to deliver small satellites to orbit. The Hawthorne, Calif.-based company said its Launcher Light dedicated launch vehicle is built on its staged combustion engine for maximum efficiency to achieve a low cost to orbit. It will carry payloads of up to 150 kg (330 labs) to low-earth orbit, using a single E-2 engine. A first launch is scheduled for 2024.

One of Launcher's strategies for keeping its vehicles lightweight but strong is to use additive manufacturing (AM) in as many rocket components as possible. Although the company's new advanced manufacturing facility in Los Angeles will include a wide variety of in-house capabilities, it said it also plans to take advantage of Velo3D’s contract manufacturing partners like Stratasys Direct Manufacturing when scaling up production.

Launcher successfully tested the liquid oxygen (LOX) turbopump for its high-performance, closed-cycle liquid rocket engine at NASA’s Stennis Space Center. The company is now working with Velo3D to 3D-print its fuel pump, flight turbine housing parts, and Orbiter pressure vessels. It will make these vessels with the second Velo3D Sapphire metal AM system.

“Velo3D really delivered on our turbopump, including its 3D-printed rotating impeller, all of which functioned perfectly the very first time at 30,000 rpm, using the first prototype,” said Haot.

The sky's the limit for Velo3D

“We’re very excited about working with innovative companies like Launcher,” said Benny Buller, founder and CEO of Velo3D. “Not only have they already proven out the value and experienced the quality of advanced metal AM through current projects; they [also] understand the potential that this technology holds for expanding the success of their out-of-this-world enterprise.”