Mujin plans to display its intelligent warehouse automation systems alongside partners at this month's event. 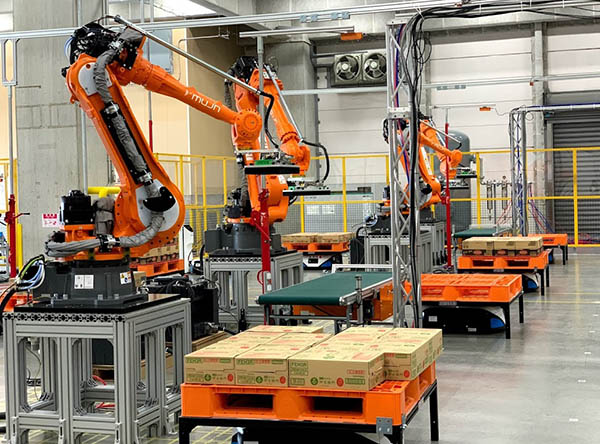 Mixed-case palletizing has been difficult to automate, according to Mujin. Traditionally, this labor-intensive operation requires material handlers to store the cases for an order until there are enough cases to build the pallet.

Recently, many organizations have begun automating the storage and sequencing of goods to make human packers more efficient, but such material handling equipment is expensive and has a large footprint, said Mujin.

The company added that its palletizing robot can buffer and re-sequence cases without the need for upstream equipment. It said it can automate previously manual operations without large operational and infrastructure changes.

“Robots are becoming more intelligent, and new applications such as mixed-case palletizing are now possible,” said Ross Diankov, co-founder of Mujin. “With Mujin solutions, all warehouses need to do is send the boxes directly to the robots, and they’ll re-sequence them before placing them on the pallet. That’s it. The process is significantly easier, more reliable, and much less costly.”

Founded in 2011, Mujin has offices in Guangzhou, China, and Sandy Springs, Ga. The company said it works with many of the world's largest companies to make materials handling systems easier to deploy, more accurate, and less costly.

In addition to its mixed-case palletizing application, Mujin said it and partners will feature other automation at MODEX to show the future of the warehouse, including piece picking.

The company claimed that its flagship product, the MujinController, can give give robots real-time decision-making ability for autonomous, reliable, and production-capable applications. It controls robots from top vendors FANUC, Kawasaki, Mitsubishi, and Yaskawa Motoman using advanced sensing and real-time motion planning.

The MujinController guides the movement of any robot arm via machine intelligence, a new category of artificial intelligence that manages potential downtime through perception and decision making without the need for human intervention.

Mujin will also show autonomous systems from Material Handling Systems (MHS) and Tompkins Robotics at MODEX. The company said the robots use MujinController for logistics applications. MHS and Universal Robots will exhibit robots using the controller at their booths.

In the show’s theaters, directly across from Mujin’s booth, Diankov will share insights on how companies can use robotics to optimize their micro-fulfillment operations and what new technologies are empowering the next generation of warehouse automation.

Mujin will be displaying its robotic systems for material handling and logistics in booth B1407 at the Georgia World Congress Center in Atlanta.

Mujin Corp.
Mujin develops and sells “intelligent robot controllers,” providing robotics systems so factories and warehouses can automate heavy or simple work that previously had to be done manually.

Material Handling Systems
MHS Global is a full-service provider of innovative material handling systems that solve the challenges of distribution and fulfillment operations. It said it takes a comprehensive, customer-centric approach that includes custom engineering, design, manufacturing and turnkey integration services. MHS's systems use a broad range of controls and... 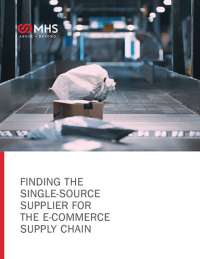 Finding the Single-Source Supplier for the E-commerce Supply Chain
The combination of e-commerce pressures and labor challenges conspire to make the modern DC increasingly complex and reliant on carefully planned automated systems. 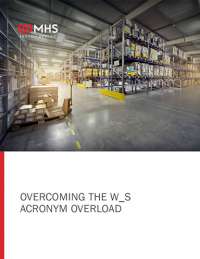 Overcoming the W_S Acronym Overload
This white paper discusses the established software paradigm for warehouses and distribution centers and introduces an alternative approach. 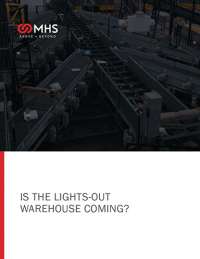 Will Robotic Automation Lead to a Lights-Out-Warehouse
From manual to fully automated, what’s ahead for the warehouse robotics market? As warehouses and distribution centers add automation, is a lights-out facility on the horizon?