Near Earth Autonomy, L3Harris Demonstrate Drone Delivery of Blood to Medics in the Field

Near Earth Autonomy and L3Harris Technologies successfully show how drones can help save warfighters' lives. 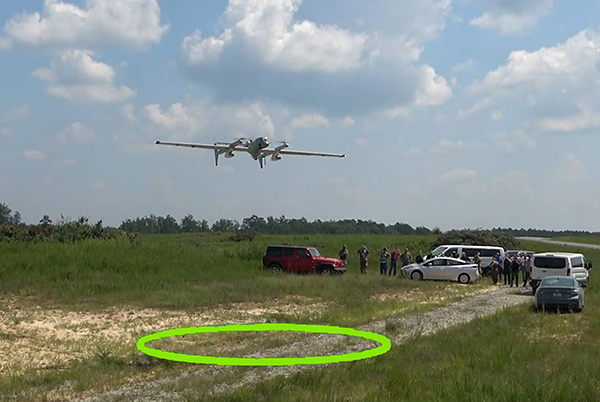 Near Earth Autonomy and L3Harris Technologies today announced that they have successfully demonstrated an autonomous drone delivery of blood and medical supplies across hundreds of miles from operational bases to medics in the field.

Whole blood is the ideal fluid for hemorrhagic shock treatment in tactical combat care. The U.S. Army's Medical Research and Development Command's (USAMRDC) Telemedicine and Advanced Technology Research Center (TATRC) sponsored the demonstration to identify ways to save warfighters’ lives in situations where access to whole blood in the field can be challenging.

The project also addresses the problem of whole blood going unused and wasted by returning it to blood banks in reusable condition. Transporting blood is challenging, said Sanjiv Singh, CEO of Near Earth Autonomy.

“The main challenge is to maintain temperature over the delivery within a few degrees, he told Robotics 24/7. “Since the distances can be large, this needs active cooling. In some cases, the blood needs to be moved from one field site to another. This means that the aircraft has to land to acquire the blood, as opposed to operating by simply using a parachute.”

“Near Earth and L3Harris have developed a compelling technical solution to a challenging problem statement derived from current needs and future operating concepts,” said Nathan Fisher, chief of the Medical Robotic and Autonomous Systems Division at TATRC and the government sponsor of the project. “Together, they have smartly integrated their aircraft autonomy and blood storage system with a capable UAS [unmanned aerial system], demonstrating the ability to support field care, when immediate patient evacuation is not possible, through long-range delivery and recovery of critical supplies without requiring any forward infrastructure.”

In one example, the UAS analyzed landing areas using onboard sensors to find a safe, unobstructed location.

In other tests, the ground was too cluttered for the vehicle to land, so transport pods were dropped from a low-altitude hover or released via parachute. The demonstration took place in Ft. Pickett, Va., in August.

“The pods are about 5 lb. each and can be dropped from a low altitude—about 30 ft. — or they can be parachuted from a higher altitude of about 100 ft.,” said Singh. “The aircraft is capable of flying 300 miles, performing deliveries and returning. Our tests have been over short distances.”

Other medical supplies that could benefit from the directness and speed of drone deliveries include antibiotics, dressings, needles, stents, and vaccines, he said.

Near Earth Autonomy said its technology allows aircraft to autonomously take off, fly, and land safely, with or without GPS. The Pittsburgh-based company said it “bridges aerospace and robotics with complete systems that improve efficiency, performance, and safety for aircraft ranging from small drones up to full-size helicopters.”

Near Earth serves the commercial and defense sectors and won the 2018 Howard Hughes Award, which recognizes outstanding improvements in fundamental helicopter technology. It was also a 2017 finalist for the Collier Trophy.

The company's tests with L3Harris are primarily for the defense market, but there could be other applications, noted Singh.

“At the moment, this has been funded by the Army Telemedicine, but we see applications in delivering medical supplies in rural areas,” he said. “We will be conducting extending testing in early 2022 to determine reliability and precision. Several sites are under consideration.”

This research conducted by Near Earth Autonomy and L3Harris was made possible by a contract that was awarded and administered by the USAMRDC and the TATRC, at Fort Detrick, Md., under Contract Nos. W81XWH20C0026 and W81XWH20C0062.