BlueBotics said it has more than 20 years of experience in navigation technology. 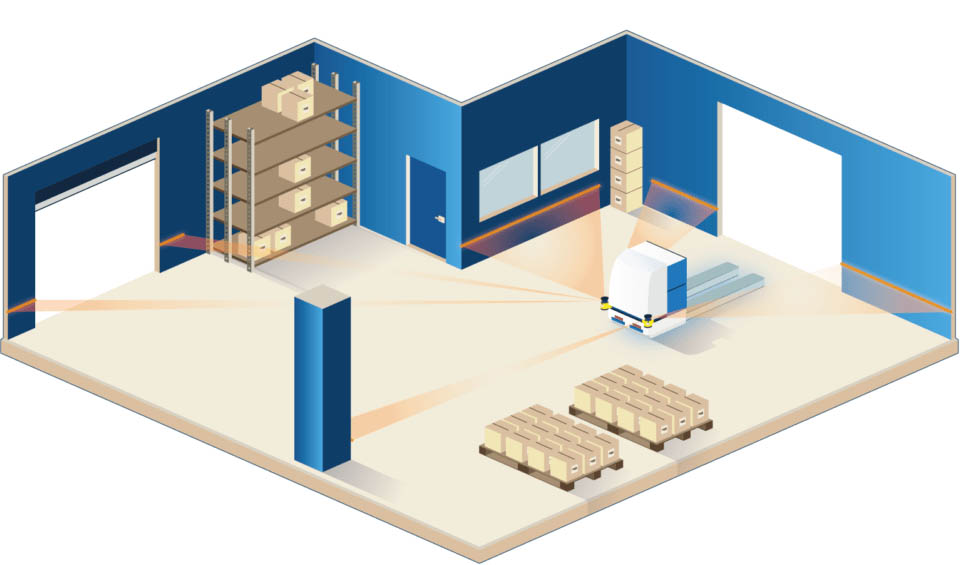 BlueBotics
BluBotics navigation software is used on more than 3,000 robots.
By Robotics 24/7 Staff
·

During MODEX 2022, Oceaneering International announced that BlueBotics SA will provide the navigation technology for its line of industrial mobile robots.

Founded in 1964, Oceaneering International said it has deployed more than 1,700 autonomous mobile robots (AMRs) worldwide, with over 30 million miles accumulated. The Houston-based company has offices in Asia, Africa, Europe, and the Middle East.

Founded in 2001, BlueBotics said its priority autonomous navigation technology (ANT) is easy to use and modify and is cost-effective. It’s compatible with autonomous guided vehicles (AGVs), autonomous forklifts, mobile robots, and service robots.

To date, the Saint-Sulpice, Switzerland-based company claimed that its navigation software is running on more than 3,000 vehicles.

BlueBotics said its software works by using “a vehicle’s existing laser safety scanners to first identify and then match permanent features in the environment, such as walls, pillars and machines.”

Global AMR market may reach over $10B

Henry Bouwmeester, vice president and general manager of Oceaneering Mobile Robotics, said the company chose to work with BlueBotics because of its track record and the little setup work required to get its software up and running.

“Our goal is to unlock the full potential of mobile robotics and enable widespread adoption in all industries,” said Bouwmeester. “To achieve this, our technology offering needs to be accessible, easy-to-use, and flexible to accommodate our client’s needs.”

The mobile robot industry is fast growing. Interact Analysis this month reported that more than 100,000 mobile robots were shipped globally last year. The global market was valued at $2.4 billion in 2021, according to Statista.com, and it could reach over $10.5 billion by 2028.

“We are delighted to partner with Oceaneering, one of the leading AGV producers in North America and Europe. “With our customer-focused approach, proven ANT navigation technology, and close technical support, we see strong synergies between our companies, and we look forward to helping Oceaneering’s team bring numerous successful ANT-driven vehicles to market.”

BlueBotics
BluBotics navigation software is used on more than 3,000 robots.