The companies said the acquisition will enable them to provide utility and industrial users with a full stack of industrial IoT systems for data collection and insights. 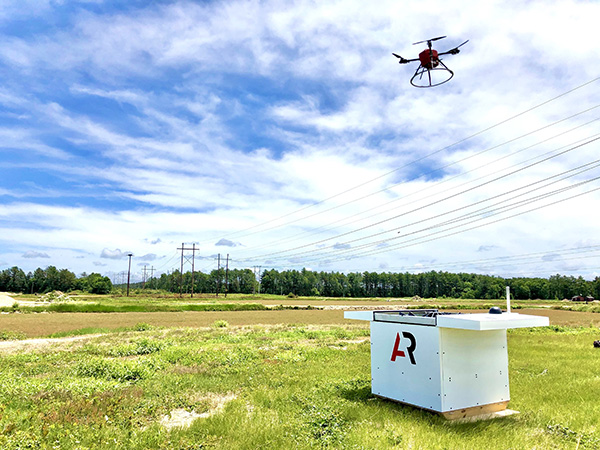 American Robotics
The Scout drone and base station.
By Robotics 24/7 Staff
·

Ondas Holdings Inc. today announced that it has entered into a definitive agreement to acquire American Robotics Inc. for about $70.6 million. The companies said the acquisition will lead to the integration of Ondas' proprietary, software-based wireless broadband technology with American Robotics' fully automated commercial drone systems. The combination of automation, data collection, and artificial intelligence-powered analytics will facilitate maintenance, monitoring, and operation of critical infrastructure, they said.

“We are excited to bring American Robotics into the Ondas fold,” stated Eric Brock, chairman and CEO of Ondas. “At the end of the day, the drone industry’s product is data, not aircraft. The drone is the ultimate data-gathering edge device for mission-critical operations, solving a huge pain point for Ondas’ industrial and government customers and ecosystem partners.”

Unmanned aerial vehicles (UAVs) will play a key role in infrastructure inspection and maintenance, defense and security, and agriculture, according to industry analysts. The global commercial drone market could be worth $100 billion, said Goldman Sachs.

American Robotics said its Scout System can provide “an unmatched level of autonomy, safety, and analytics with its industrial-grade design and advanced, AI-powered software.”

Digitizing the physical world enables industrial users to better see how their physical assets—from railroads to utilities and crops—are performing, and better inform decision-making processes to be more efficient and more sustainable, said AR. Ondas said it will give users the “end-to-end” capability to collect and analyze data through continuous, automated drone operations.

Marlborough, Mass.-based American Robotics (AR) said it has developed industrial drones for rugged, real-world environments. The company was founded in 2016 by roboticists from Carnegie Mellon University and Stanford University and is a resident member of MassRobotics.

AR said Scout is a fully automated drone system capable of continuous, unattended operation. It is offered as a “drone-in-a-box” turnkey data solution service under a robotics-as-a-service (RaaS) business model. The U.S. Federal Aviation Administration (FAA) in January approved Scout as the first system for automated beyond visual line-of-sight (BVLOS) operations with no humans on-site.

The company said this approval gives it an exclusive first-mover advantage to unlock the commercial drone market by overcoming the need for costly visual observers to be on the ground during every drone flight. With humans removed from the field and data processing achieved at the edge, users can reduce data-acquisition costs by more than tenfold, said AR.

“It’s the perfect time for American Robotics to join forces with Ondas, as we bring Scout System to the market and scale customer deployments,” added Reese Mozer, co-founder and CEO of American Robotics. “Ondas’ deep experience and relationships in our target customer markets in addition to its next-generation industrial networking capabilities will be incredibly helpful as we penetrate the large markets we address. We see substantial customer demand and are ready to deliver systems across an impressive pipeline of blue-chip industrial customers in addition to new customer relationships via Ondas.”

American Robotics
The Scout drone and base station.