Sanctuary is developing general-purpose robots trained and supervised by humans to improve the nature of work. 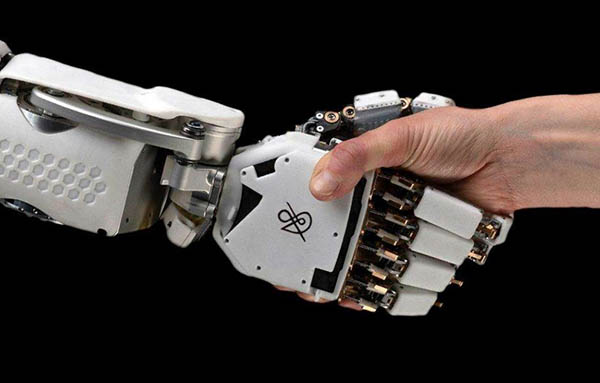 The investment, which is being made through Canada's Strategic Innovation Fund, will support a CAD 120.8 million ($89.6 million U.S.) project “to develop the world's first functioning human-like intelligence in general-purpose robots,” stated François-Philippe Champagne, minister of innovation, science, and industry.

“As a leading digital nation, Canada is taking ambitious steps to harness the potential of artificial intelligence,” he added. “By investing in companies like Sanctuary, we are leveraging Canadian expertise in AI to develop and commercialize innovative technologies.”

Although there is some debate over whether humanoid robots and general-purpose AI can be more capable than people or specialized systems in the near future, research and development are ongoing.

Sanctuary Cognitive Systems' new project will develop robots that are human-like, both physically and cognitively, allowing them to function in different jobs across different sectors and perform physical labor. This would enable remote workers to control general-purpose robots to complete physical tasks that would otherwise present dangers to people.

Such tasks include maintenance of nuclear and chemical facilities, as well as mining, military, and space operations, said the company. The goal is to have robots work in industries facing labour shortages, such as healthcare and manufacturing.

The company said its general-purpose robots will be remotely piloted or supervised by people and will train and work alongside them. It said it expects such robots to create many jobs, such as robot pilots—supervisors operating robots in a wide range of physical environments—and people teaching and training Sanctuary's cognitive platform so it can also pilot the general-purpose robot.

Sanctuary claimed that its technology will enable work to be done without putting the people who are supervising and piloting the general-purpose robots in harm's way, making work safer, more efficient, and sustainable.

“Many labor-related challenges are outside the scope of current specialized AI and robotics technology,” acknowledged Geordie Rose, co-founder and CEO of Sanctuary. “We appreciate the contribution from the government of Canada, and we are working hard to make work safer, more accessible, and, ultimately, more productive.”

The Canadian government said its investment in Sanctuary Cognitive Systems reflects its ongoing support of research into innovative technologies. “The government of Canada is committed to making sure Canadians can make the most of their ideas, so it continues to provide funding to Canadian intellectual property-rich firms,” it said.

It added that it is committed to not only accelerating the responsible adoption and commercialization of AI across the Canadian economy, but also enabling established industries to be more productive and competitive.

“This initiative will help maximize the economic potential of AI for Canadians and further cement our AI leadership on the global stage,” said Champagne.

Sanctuary will directly employ more than 160 people through this project, as well as hire 120 co-op students to work under this initiative.

ABB Spends $13M on Its Canadian Cable Tray Manufacturing Facility
The company said the investment is part of its strategy to expand efficiency and sustainability across ABB.

Pan Pacific Pet to Use Attabotics Automated Storage and Retrieval to Modernize Fulfillment
The Canadian pet retail distributor plans to use Attabotics robotics in its newest warehouse in Alberta, Canada.