Capabilities such as dynamic navigation, advanced load handling, shared autonomy, fleet control, and WMS integration are all included in the strategic partnership.

The global materials handling equipment market will expand from $211.8 billion (U.S.) in 2019 to $320.9 billion by 2027, at a compound annual growth rate of 5.4%, predicted Fortune Business Insights. It cited the rapid growth of e-commerce, with consumer spending at nearly $3.5 trillion in 2019 and a year-over-year growth rate of 17.9%. Businesses are turning to automation to meet this demand while keeping production and logistics costs down.

“Our strategic development efforts with Third Wave over the past years represent TICO’s continuing commitment to advanced automation solutions,” said Hisashi Ichijo, executive officer of Toyota Industries Corp. (TICO). “Third Wave’s use of dynamic navigation, advanced perception in high racks, and use of shared autonomy are on the forefront of autonomous vehicle technology.”

'Shared autonomy' with a human in the loop

Union City, Calif.-based Third Wave Automation was founded in 2018 and provides autonomous systems for improved efficiency and throughput. The company said it has combined machine learning, computer vision, and robotics for “adaptive automation” and “shared autonomy.”

After years of research and development, the company said it has integrated 3D perception and route-planning into intelligent materials handling vehicles that can be deployed rapidly and evolve dynamically.

With shared autonomy, Third Wave enables autonomous lift trucks to call a human for help as needed and to learn from interventions. An operator can also remotely operate the robot from a control station, and a single operator can manage 10 or more robots at a time. 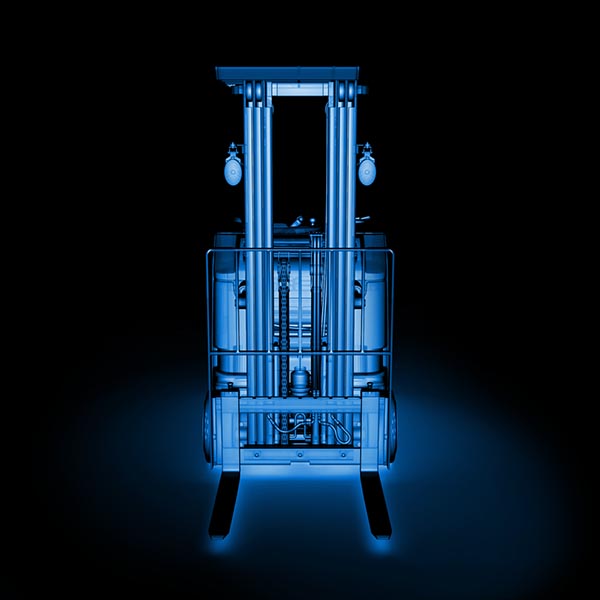 “There's a lot of opportunities in this space,” said Arshan Poursohi, CEO of Third Wave. “Shared autonomy keeps people in the loop. They're still there to teach robots how to do things, like with Phantom Auto.”

“However, our autonomous system can learn from our remote control system,” he told Robotics 24/7. “If a robot gets stuck, it can ask for help and learn how to pick up a pallet as a result. In early piloting, these levels of intervention have worked fantastically.”

“For man-on and man-off operations, retrofitted solutions are more brittle than those that are solidly integrated from the beginning,” Poursohi said. “Some of our pilot customers want that step-on and step-off ability for flexibility. When they have to deal with high demand and need 125% utilization, they can add more humans to go faster.”

“Toyota has been building forklifts for a long time, and it brings expertise in building and shipping machines,” he said. “Its brands are known for being robust. Our technology is complementary, and we've been doing robotics for a while now. We're combining our autonomy with Toyota's business skills and industrial footprint.”

To become a strategic partner, Third Wave Automation has to make sure that its systems met Toyota's quality requirements. “We're now iterating through Toyota's rigorous review process for production,” Poursohi said. “As opposed to cars, the lifecycle of a forklift is planned for, since bigger places refresh them every four to five years. Building our systems into Toyota's vehicles is different than a bunch of cables bolted on.”

How will the combination of Third Wave's technology with Toyota's lift trucks, counterbalanced trucks, and standup vehicles affect return on investment (ROI)?

'We want to affect upfront costs as little as possible,” Poursohi replied. “Part of that is through robotics-as-a-service [RaaS], in which we charge a fee over time. Our leases, service contracts, and partnership are all important to our ability to scale and to service the North American market and worldwide.”

“3PLs [third-party logistics providers] want our system the most to account for flexibility—their warehouses change more than those of retailers,” he said. “If there's a three- to four-year ROI, they cant buy in. We keep the install lightweight without requiring IT to manage another installation.”

TICO and Third Wave Automation will be piloting with common customers later this year and plan to bring their joint offering to market next year, said Poursohi.

Third Wave is backed by $19 million in venture capital from leading investors including Eclipse, Innovation Endeavors, Heartland Ventures, Homebrew, and Toyota AI Ventures. However, its partnership with TICO is not exclusive.

“They're fantastic to work with, as a young company starting out,” said Poursohi. “But others can contact us. There's so much demand for automated reach trucks and standup counterbalanced vehicles that focus is not a problem for us. We have a line of customers asking when can we deploy a fleet.”

Speaking of fleets, Third Wave Automation is part of the MassRobotics Autonomous Mobile Robot (AMR) Interoperability Working Group. The organization this week announced Version 1.0 of a communications standard for AMRs of different types from different vendors.

“The effort is a good idea,” Poursohi said. “We haven't seen a lot of [mixed environments] yet, but we will as we start to enter warehouses where there are other machines.”

Third Wave has been conducting remote onboarding as it has doubled in size to 32 employees during the pandemic. “We're looking for roboticists, machine learning experts, and engineers, and we're building out our operations team doing deployments,” said Poursohi.