AMR Interoperability Working Group focuses on getting robots to share status information as a first step. 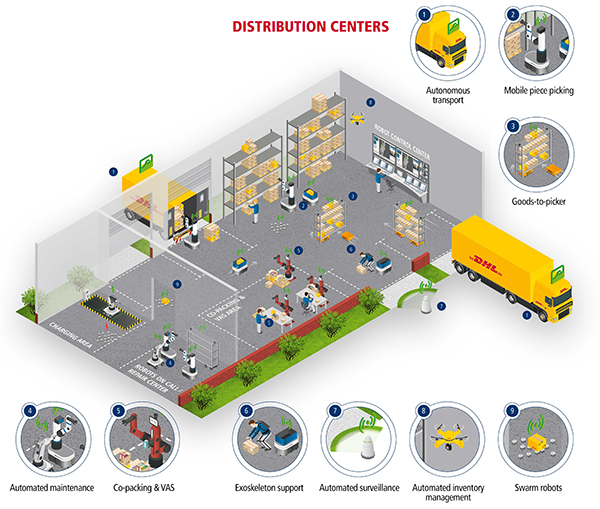 DHL
DHL is among the companies that provided input into the MassRobotics AMR Interoperability Working Group.
By Eugene Demaitre
·

As the number and types of autonomous mobile robots, or AMRs, from different vendors have grown in warehouses, factories, and other facilities, the need for them to communicate has also grown. MassRobotics is one of the organizations leading efforts to develop interoperability standards. After a year of monthly meetings, the MassRobotics AMR Interoperability Working Group has defined what data should be shared in standard messages.

The global market for AMRs and automated guided vehicles (AGVs) will reach $14 billion by 2026, with more than 270 vendors in the space, according to Logistic IQ. Adoption of AMRs will experience a compound annual growth rate (CAGR) of 45% between 2020 and 2026, it predicted. Industry analysts attribute this growth to accelerated e-commerce demand during the COVID-19 pandemic.

In 2020, MassRobotics, a consortium dedicated to growing the Massachusetts robotics ecosystem, launched the AMR Interoperability Working Group. Its stated goal was to “improve the use and adoption of autonomous mobile robots” by enabling different robots from different vendors to share status information so they work together more efficiently.

“The ability to have multiple robots from different vendors operating in the same environment—as the market matures, this is going to happen,” said Tom Ryden, executive director of MassRobotics. “If you have a robotic forklift and a floor cleaner, how can they talk to each other?”

“Functional and practical standards are a critical next step for robotic automation,” he said. “Our AMR Interoperability Working Group has diligently focused on development and testing of these standards, which are needed now, and we fully expect will evolve as the robotics industry and end-user companies implement them. We encourage buyers to begin looking for the MassRobotics Interoperability Standard compliance badge when making purchasing decisions.”

Since other organizations are also working on AMR interoperability, the MassRobotics working group first had to define its scope. It decided to focus on standards that “will allow autonomous vehicles of different types to share information about their location, speed, direction, health, tasking/availability, and other performance characteristics with similar vehicles so they can better coexist on a warehouse or factory floor.”

“We had to decide how broad to make our approach to standards,” Ryden told Robotics 24/7. “We designed and developed a standard that we believe will allow robots to broadcast some information in the same format.”

The working group chose not to address safety standards already defined by the International Organization for Standardization (ISO), the Institute of Electrical and Electronics Engineers (IEEE), and the Robotic Industries Association (RIA, part of the Association for Advancing Automation or A3).

In addition, the AMR Interoperability Working Group noted that hardware changes, such as sharing chargers among robots produced by different vendors, and defining interoperability for other types of robots, such as arms, were beyond its initial scope. Other groups, such as A3 or the Advanced Robotics for Manufacturing (ARM) Institute, are working on other aspects of interoperability, said Ryden.

After some discussion, the MassRobotics group decided to initially focus on basic robot-to-robot information sharing rather than task management or fleet allocation. It noted that its “objective was to keep the standard simple so that each vendor could adopt it easily making the protocol adopted widely.”

“Another piece of software, such as a fleet management system, can understand what robots are doing, and every vendor has one,” Ryden said. “This is not a task management type of system, and we're not tackling power management at this stage. It's very challenging, and it will be some time before there's a master control for all robots.”

The MassRobotics AMR Interoperability Working Group met with representatives from FedEx, Procter & Gamble, and DHL, all major industrial users of mobile robots. Each company said it is testing a variety of AMRs and that it is looking for standards that could be used in environments where people and robots from multiple vendors can work together. They all acknowledged that no one provider can automate every task.

“I applaud the Working Group for their efforts and dedication in laying out these first steps toward AMR interoperability,” said Aaron Prather, senior technical advisor at FedEx. “The diversity of the team shows that the industry can work together in finding solutions around this issue.”

Ultimately, the user companies said that they want a cohesive management operating system and for robot fleets to be able to interact and share data so that missions can be coordinated. They said they wanted such interoperability between right away and 24 months, said MassRobotics.

“In a rapidly evolving field, this is an important first step to getting multiple vendors to operate together,” Ryden said. “We've had a great team involved, including contributions from users and AMR manufacturers.”

“The release of Version 1.0 of the MassRobotics Interoperability Standard is a crucial milestone for the industry,” said Daniel Theobald, CEO of Vecna Robotics and co-founder of MassRobotics. “It's this pre-competitive collaboration and combined thinking from the greatest minds in the field that drive the sector forward exponentially faster than any one vendor could otherwise.”

The AMR Interoperability Working Group discussed what data robots should exchange and which protocols and transport systems should be used. It considered unique identifiers, a robot's model, and using the Robot Operating System (ROS) as an open-source “bridge.”

The group decided that the data to be shared should be in two messages:

It also chose JSON over Websockets as the protocol to be used in the initial standard, which could incorporate other methods in the future.

MassRobotics has made the message descriptions and script tool publicly available in its GitHub repository.

“With the shared format for communications, each robot manufacturer can decide how to implement it,” Ryden said. “The sections are pretty broad—if they don't have certain information, they don't have to broadcast it.”

The MassRobotics AMR Interoperability Working Group said that participating companies can provide their data to customers using the standard so that they can populate their own dashboards. The organization is seeking feedback to maximize utility and adoption of the standard.

MassRobotics said that it will test the new standard at a FedEx facility using AMRs from Waypoint, Vecna, and other robotics vendors together.

“Our interoperability validation in Memphis later this year will be a great real-world application of Version 1.0's capabilities and will help to provide feedback to the Working Group to potentially demonstrate what future steps may need to be taken to make further improvements,” said Prather. 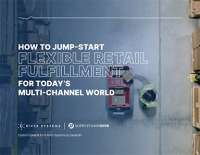