Wing Zone Labs aims to be a high-volume franchisee and drive innovation within the Wing Zone brand. 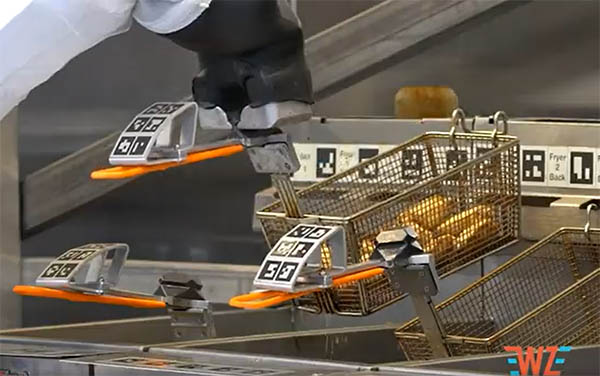 Wing Zone Labs plans to open 20 Wing Zone stores in Southern California, including Los Angeles, and it is aiming to raise up to $10 million in seed capital through equity crowdfunding site WAX.

“At Wing Zone, we live by the motto ‘flavor really fast,’ and this partnership will help us deliver on that promise to our customers,” stated David Bloom, chief development and operating officer of Wing Zone. “Bringing in an innovation juggernaut like Wavemaker Labs to not only establish a one-of-a-kind franchisee, but also help expand the use of tech and automation within our company is a huge step for us in our quest to create the franchise of the future.”

Founded in 1993, Wing Zone operates more than 31 locations in North America and 30 restaurants internationally. The brand plans to grow to 200 profitable restaurants by 2025.

El Segundo, Calif.-based Wavemaker Labs is a venture studio that funds and builds food automation alongside corporate partners. Its lead investor, Wavemaker Partners, is a global venture capital fund with over $600 million of assets under management.

“Partnering closely with Wing Zone is a huge opportunity to be part of an incredible brand and showcase our technology at scale,” said Kevin Morris, president of Wavemaker Labs and chief financial officer of Miso Robotics. “We’re excited to help the brand maximize its output and customer experience.”

Both the restaurant brand and the robotics developer will benefit from the expansion, he said. “As a franchisee, we will also be able to evaluate and test new software and hardware in real restaurant environments to seamlessly integrate across locations,” noted Morris.

While Wing Zone Labs is a fully separate entity from Miso Robotics and Wavemaker Labs, it will be able to incorporate their technologies in its new locations, Morris told Robotics 24/7. Miso's flagship Flippy 2 robot will handle the frying station for chicken wings and other fried menu items.

“Flippy 2 increases throughput by 30% – or around 60 baskets per hour – which is more than what is needed in high-volume restaurants,” he said. “It also moves the fry station from being a task that requires one or more people to operate, to a partial task that requires less than one full-time employee.”

Since chicken wings are more variable than other foods, how much work was it to customize Flippy's machine vision systems?

“With an advanced AI platform and machine learning capabilities, it is relatively easy to customize Flippy 2 to cook any deep-fried food item,” replied Morris. “The wings variation has been specially designed to help kitchen staff handle and cook chicken items more safely and efficiently by reducing the number of human touchpoints and dropping chicken items into the hot oil until they’re cooked to perfection.”

“And because it reduces the number of touchpoints and is able to dispense and cook chicken items more precisely, it can also significantly reduce food waste in the kitchen,” he said. “Flippy is programmed to cook chicken to the appropriate internal temperature every time.”

Wing Zone Labs will primarily be funded through its crowdfunding campaign, which it said offers everyday investors an opportunity to capitalize on the $787.7 billion franchise industry. Capital raised is solely for Wing Zone Labs and not the overall Wing Zone Corp.

The company is aiming to open its first Wing Zone location this year, with plans for initial restaurants to deploy Flippy 2. Over time, Wing Zone Labs said it intends to “fully automate its franchise stores in order to give customers a truly tech-forward experience.”

“Our aspiration is to create the franchise of the future by integrating a range of tech innovations into our stores over time,” said Morris. “We’re starting with Flippy and will be collaborating with Wavemaker Labs, Miso, and other partners as we go. More to come!”