European certification to make it easier for developers to get systems approved for safety, reliability, says WiBotic. 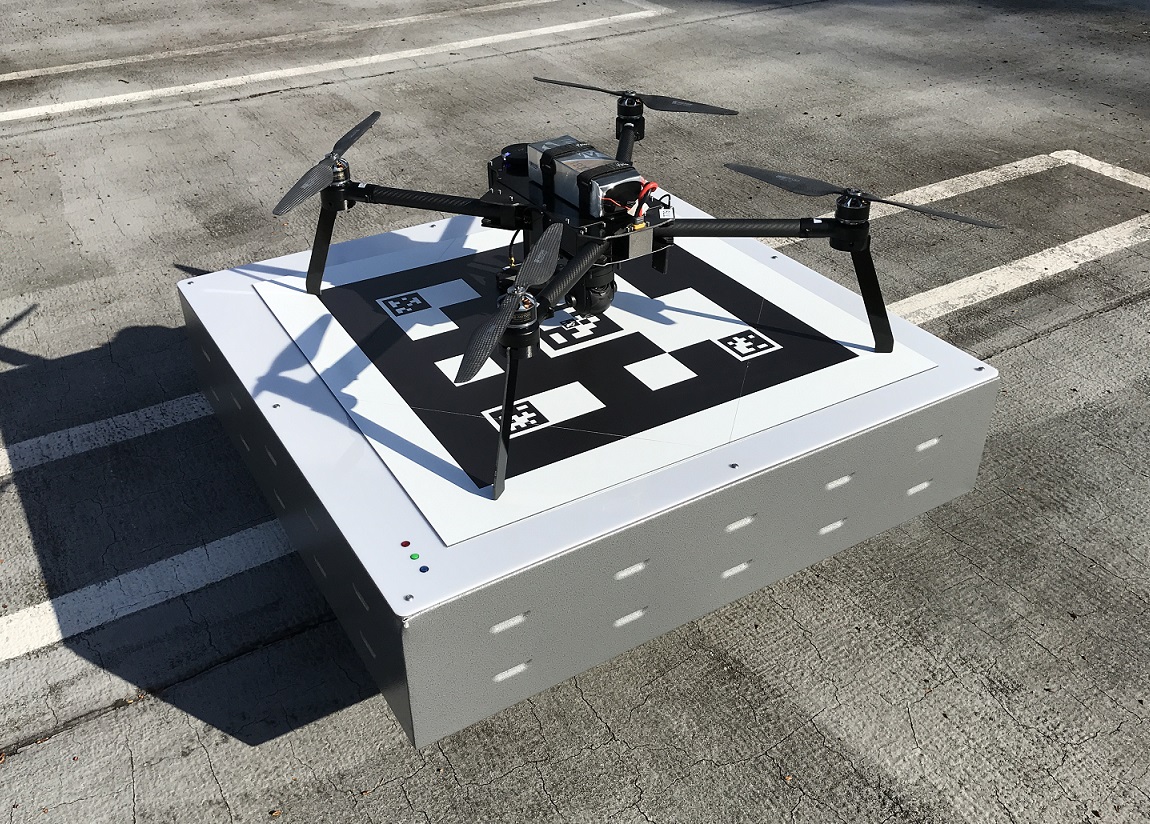 WiBotic
Drone outfitted with WiBotic's OC-251 onboard charger, sitting atop a WiBotic PowerPad (TR-301 transmitter in an enclosure).
By Eugene Demaitre
·

“There are growing certifications not just in wireless charging, but also across robotics,” said Ben Waters, co-founder and CEO of WiBotic. “For instance, the importance of energy efficiency has elevated as electrification has grown as an industry. We want to make sure our customers can move forward quickly.”

The TR-301 is WiBotic’s high-power transmitter for larger drones, mobile robots, and marine vehicles. It can be used in the WiBotic PowerPad or other landing pads, said the company.

The TR-301 supports onboard chargers that mount on a drone or robot to control battery charging when the vehicle lands or docks. The products can be retrofitted to existing robots by end users or built into new models by robot manufacturers. 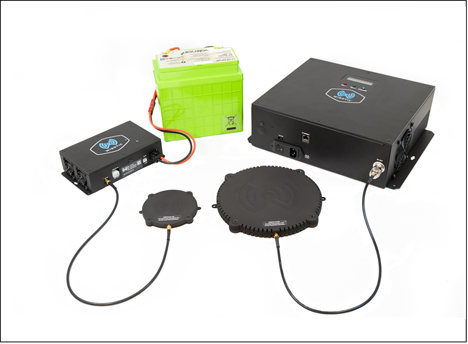 “We've learned that certifications are one of the many things that can be a big bottleneck for robotics developers as they move out of the prototype stage to production,” Waters told Robotics 24/7. “We wanted to make sure we're provinding a product that's ready to be integrated so companies can focus on getting certifications for their complete systems.”

“In the U.S., not all applications require FCC approval—sometimes requirements are driven by specific companies rather than the FCC,” he explained. “Europe is different—both to import products and for companies to deploy them in most settings. They have to have these CE marks, not only for emissions for radios, but also wireless charging elements and safety.”

“We've done additional tests for RF [radio frequency] charging, as well as for electrical and mechanical safety,” said Waters. “We passed safety measures as part of the CEB [Central Electricity Board] scheme, which is recognized by 50 countries around the world.”

“It's a big step for us, and getting approval was long process,” he acknowledged. “We learned a lot from great partners and the certified bodies. We now have a pathway for explaining our products to customers in Europe, who also have to go through testing. It's a big time, cost advantage.”

How long did it take to get all these approvals? “It took us longer for our original system to pass the initial requirements than to get European approval,” Waters replied. “The FCC was more familiar, but it took the better part of a year and a half. We had to iterate many times to meet the requirements, and there was the official testing and report writing for the FCC.”

“Then, we continued that work for Europe. It didn't take that long, but the requirements were different,” he said. “For example, the U.S. threshhold for frequency bands for us to be below is flat, but in Europe, it's a zigzag because frequencies are allocated for different things. It was harder to meet requirements for signal noise, so we had to do things that took more than six months.”

“There are other certifications for things like emissions or power levels out there,” observed Waters. “Countries haven't all adopted the same set of standards, and some require testing even if their standards are the same. We want to be proactive. In some cases, energy efficiency regulations are state by state. We're working on those types of things, and there's also safety outside CEB for battery charging in general.”

WiBotic said its CE Marks and other approvals will help robotics developers. “In the short term, the most benefit will be for our customers in the mobile robot and aerial drone industries, since their systems operate around people or industrial environments that require safety certifications,” said Waters. “Efforts for certification and standards are very closely related. You can't go from prototype to production without reliability or certification.”

“Underwater systems for oil and gas tend not to require as much on the certification side, but they have more requirements for reliability or environmental enclosures,” he added. “We have great relationships with many companies, like Waypoint Robotics. We helped them understand things about docking and charing, and they helped us on how things work in different environments and 24/7 operations.”

WiBotic has benefited from heightened e-commerce demand during the COVID-19 pandmic.

“There was an initial dip in activity, but it rebounded very quickly in the robotics space,” said Matt Carlson, vice president of business development at WiBotic. “People who have been dabbling in robotics started to buy more and actually put them to use. Our best two quarters were the fourth quarter of 2020 and first quarter of 2021.”

“In addition to order fulfillment, demand for UV disinfection robots went way up,” Carlson said. “We have a couple of customers developing and deploying these robots. Lots of applications are 24/7—robots need to charge multiple times per day because their payloads are using energy. That has shown the weakness of some contact-based systems. We're doing 'five nines' of reliability and visibility into charging stations with the Commander software.”

What about the need for interoperability among multiple types of robots from different vendors? “We definitely hear about it a lot,” said Carlson. “Some forward-thinking customers have deployed their second or third robot type. It has become a much bigger issue, and the ARM Institute and MassRobotics are starting to think about it.”

“It's not just the physical interface of contact chargers, but also some devices use 24- or 48-volt batteries, and others need charge fast or slow,” he said. “We need to deliver the right intelligence for a particular robot in the system to be able to scale up or down.”

“Imagine a setup with just two different robots with a charging station each,” added Waters. “If a worker moves it for a box in a warehouse, for most systems, they then have to go into the fleet management software for that robot and redefine location of charging station. The robot doesn't adaptively know. It goes to waypoint, and in some cases, the user might even have teach it to dock again. All those steps take time and disruption. Imagine that times two, let alone 1,000, and it's not supportable at scale.”

“Commander adds intelligence to the robots and charging stations,” he said. “We have APIs to help companies do those things.”

Over the past few years, autonomous mobile robot (AMR) vendors have been releasing larger models. How has WiBotic responded?

“Bigger robots often need more frequent or faster charging,” said Waters. “We talk with customers a lot about the tradeoffs between more power, faster charging, and higher cost. For e-commerce, cost is an element in adopting robots; in some cases, productivity is the goal. You can go with brute-force fast charging or try to optimize the logistics of charging procedures—either lower power or fewer systems strategically placed around the facility.”

“There's no golden rule on what's optimal. It's application-specific, depending on 24/7 operations or how the number of robots will grow in an ecosystem,” he said. “Commander give insights and analytics.”

“We're also excited to be an industry program for ASSUREuas,” said Waters, referring to the Alliance for System Safety of Unmanned Aerial Systems through Research Excellence. “It has a lot of university and industry partners helping to understand what's going to be required when it comes to battery and power for beyond visual line-of-sight [BVLOS] operations. Fuel requirements of 20% are well defined for weight in aviation. The FAA [U.S. Federal Aviation Administration] is wise to be careful about this. What does the 500th recharge look like?”

“We've been doing a lot of work in wireless and autonomous charging with Commander,” he said. “We also have onboard chargers that are able to be standalone battery chargers and are also looking at contact-based charging systems because Commander can manage onboarding for applications that aren't necessarily contactless.”

WiBotic
Drone outfitted with WiBotic's OC-251 onboard charger, sitting atop a WiBotic PowerPad (TR-301 transmitter in an enclosure).