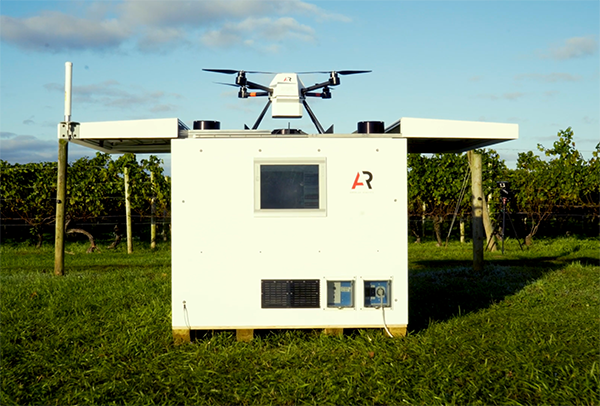 American Robotics Inc. was the first company to receive authorization from the U.S. Federal Aviation Administration for autonomous drone operations with no humans on site. The Marlborough, Mass.-based company last week said it will join the FAA's rulemaking committee to advance beyond visual line-of-sight, or BVLOS, drone flights. The committee will provide recommendations for regulations to normalize safe, viable, and scalable BVLOS operations to support the $100 billion commercial drone industry.

“American Robotics is excited to participate in pushing forward BVLOS regulations alongside the FAA to develop safe integration of UAS [unmanned aerial systems] into our National Airspace System,” said Reese Mozer, co-founder and CEO of American Robotics. “Our groundbreaking FAA approval in January 2021 was an important and significant step forward for the commercial drone community as a whole.”

In May, wireless broadband firm Ondas Holdings Inc. acquired the MassRobotics member, and they recently completed a $51.5 million equity raise that was heavily oversubscribed.

The commercial drone industry is growing quickly and providing significant benefits to the U.S. public, but enabling expanded BVLOS operations is critical for the industry to truly take off, said American Robotics. For verticals such as agriculture, oil and gas, renewable energy, and infrastructure and construction to adopt more drones, fully autonomous flights are necessary, it said.

Key to these operations are the use and FAA acceptance of innovative safety technologies, such as long-range detect-and-avoid (DAA) sensors and software-enabled automation, said American Robotics. It added that the FAA's UAS BVLOS Aviation Rulemaking Committee (ARC) “will be a key step towards the future of the commercial drone industry.”

“We look forward to sharing our insights with the broader commercial drone community and the FAA, and providing commercial users better access to the data and insights that are only accessible through an automated drone solution,” said Mozer.

The AR Scout System uses artificial intelligence and is capable of continuous, unattended operation, said American Robotics. It is marketed as a “drone-in-a-box” turnkey data solution service under a robotics-as-a-service (RaaS) business model.