Market leadership, mass deployments, and partnerships and innovativeness were the criteria for raking mobile robot providers. 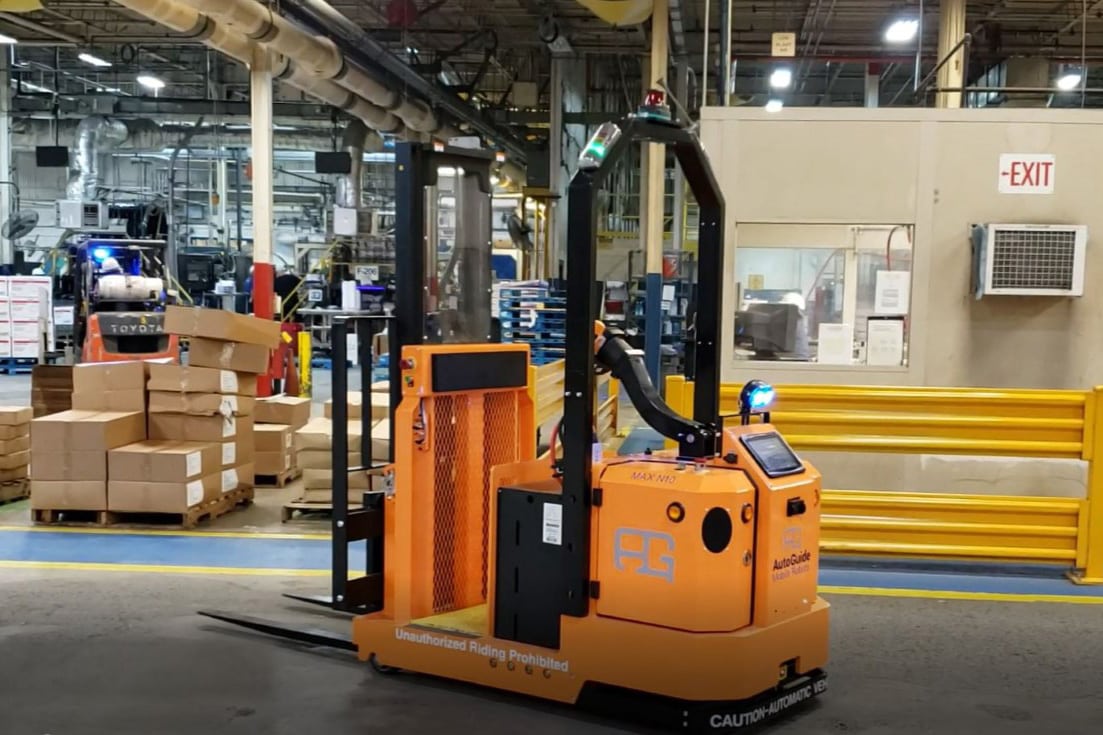 The market for autonomous mobile robots performing material handling tasks has expanded greatly in the past few years, with global revenues of $223 million (U.S.) in 2016 expanding to $800 million in 2020, said ABI Research. The market advisory firm yesterday said it has identified and profiled 10 of the most promising vendors of autonomous handling robots. They include Teradyne, Fetch Robotics, BlueBotics, Seegrid, Gideon Brothers, Agilox, Baylo, IAM Robotics, Vecna Robotics, and Forward X.

ABI said its ranking criteria include the companies' innovations, mass deployments, and partnerships. It said the following automation providers performed the best:

Fetch Robotics is not far behind, having developed an adaptable cloud-based system powered by NVIDIA's graphics processing unit (GPU) and a sophisticated sensor configuration, said ABI.

Representing the European market, BlueBotics has deployed over 2,500 robots and acts a technology partner who automates vehicles from original equipment manufacturers (OEMs) such as Toyota.

“All these companies are demonstrating unique solutions and have excelled in innovating autonomous mobile robots,” stated Rian Whitton, Industrial, Collaborative & Commercial Robots senior analyst at ABI Research. “The shift in quality from just five years ago is considerable.”

“The autonomous material-handling market is primed for a decade of strong growth,” said ABI. Revenues will grow from $7.4 billion in 2020 to $85 billion in 2030, it predicted. For AMRs, the growth could be even more significant. In 2020, the AMR market for material handling was $800 million in global revenue, but in 2030, it will make a much larger part of the wider automation market, at $49 billion, said the research firm.

“The coronavirus pandemic put new demands on supply chains,” said Whitton. “The recovery is seeing a glut in capital investment, pointing to a great 2021 for these companies. The market has been further validated by large manufacturers developing their own robots through partnerships with the contestants, as well as building their own robot vendors, as in the case of BMW and Idealworks.”

As the market develops, some companies will pull ahead and begin to dominate the space, which is currently very fragmented. Robotics vendors will attempt to move up the value chain, while also creating a powerful platform for smaller companies to coalesce around, said ABI.

“Gradually, this will result in increased efficiencies and fewer challenges to implementing robots for material handling,” Whitton noted.

These findings are from ABI Research's “Industrial Robotics for Material Handling Competitive Ranking” report. This report is part of the company's Industrial, Collaborative & Commercial Robotics research service, which includes research, data, and ABI Insights. These reports analyze implementation strategies and innovation, coupled with market share analysis, to offer insights into a company's performance and standing in comparison with those of its competitors.

NFI to Pilot Boston Dynamics Stretch Robot at Georgia Warehouse Next Year as Part of $10M Deal
The company said it regularly tests out new technology in specific locations before adopting it throughout its network of facilities.