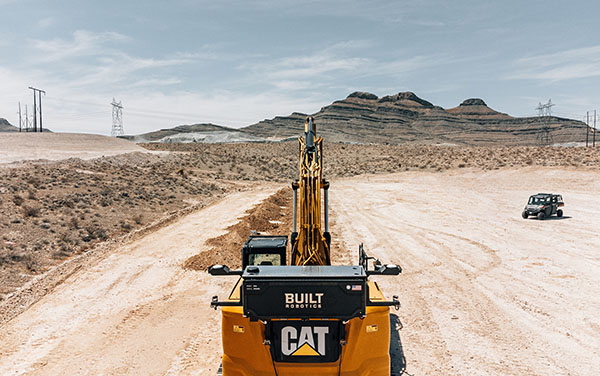 With shortages in labor and declining productivity rates, construction costs worldwide have slowed the building of critical infrastructure, clean energy, transportation, and housing projects when they are needed most, said Built Robotics Inc. The company today announced that it is acquiring Roin Technologies to expand its engineering team and autonomy offerings to applications and markets beyond construction.

Built Robotics said it invented Exoystem, an autonomy system for excavators, and Roin Technologies claimed that it created the first automated concrete power trowel. The companies said they will continue their mission of bringing autonomy to the construction industry and bringing modern tools to skilled workers.

“Since their founding, Roin's team has pushed the boundaries of construction autonomy, which has created a unique expertise in our industry,” stated Noah Ready-Campbell, founder and CEO of Built Robotics. “With Roin joining Built, the combined teams will continue developing new autonomous construction applications, and customers can expect to see robotic applications expanding beyond earthmoving.”

Concrete is the second-most used substance in the world after water, according to Roin Technologies. The San Francisco-based company said it automates repetitive and dangerous tasks to improve productivity and save time.

As part of the acquisition, Jim Delaney, CEO of Roin, will join Built's engineering team. The technologies underlying Roin's automated power trowel and shotcrete robot will be integrated into Built's software and hardware systems. Built plans to focus its engineering efforts on existing and future product lines.

“We see joining Built as the next step in Roin's story,” said Jim Delaney, founder and CEO of Roin. “I have always admired what Built has launched and how they've moved the construction industry forward in adopting new technologies, and I am excited to have the opportunity to join their team.”

Built Robotics said its mission is “to build the robots that build the world.” The company said its Exosystem transforms excavators into fully autonomous trenching robots.

Exosystem can be installed within hours on machines from most major manufacturers while still maintaining complete manual control, Built said.

The $1 trillion earthmoving industry has deployed Exosystems to build critical infrastructure in energy, telecommunications, and more, said Built. It raised $64 million in Series C funding in April 2022, bringing its total funding at the time to $112 million.

In October 2022, the company said it was expanding into the European market.

“Demand for the Exosystem has been tremendous in the critical European market,” said Gaurav Kikani, vice president of business development and strategy at Built Robotics. “By putting our autonomous solutions into the hands of contractors and skilled workers throughout Europe, Built continues to make jobsites smarter, safer, and more productive across the globe.”