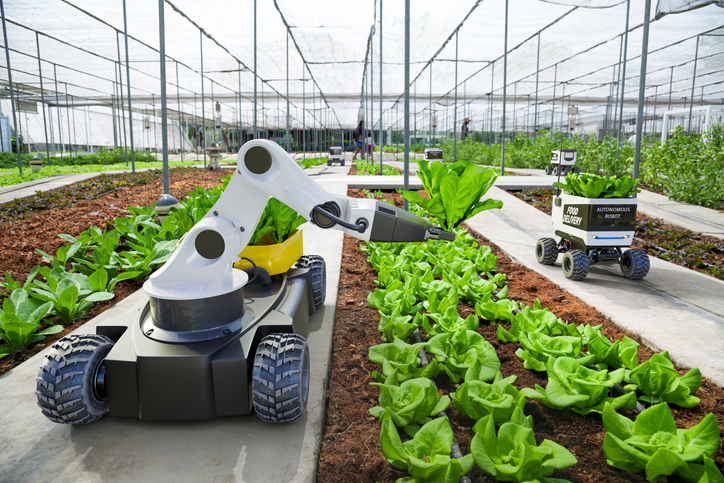 Getty Images
Collaborative Robotics is working on robots that can operate both indoors and outdoors.
By Robotics 24/7 Staff
·

Just as robot arms and mobile platforms have helped spread automation to industries beyond factories and warehouses, new technologies promise to further democratize robotics. Brad Porter, former vice president and distinguished engineer in robotics at Amazon, today announced that he and his team have raised $10 million to launch Collaborative Robotics.

The Santa Clara, Calif.-based startup said it will use the funding to quickly onboard strategic new hires, accelerate research and development, and build out its infrastructure.

“There are more warehouse and manufacturing jobs than people willing to do them,” wrote Porter in a blog post. “Healthcare has experienced the type of spike that can only be handled with greater automation. In manufacturing, we’ve woken up to the urgent need to electrify everything and new companies are emerging while incumbents surge to make the switch.”

“We need a new building block,” he said. “We need something akin to the six degree-of-freedom robotic arm that started in manufacturing, but is now used everywhere from manufacturing to logistics to healthcare and beyond. We need a more flexible mobility robot that can work alongside humans.”

Porter didn't specify all the capabilities of the collaborative mobile robot his new company is building, but he expressed confidence that it will change how automation is used. 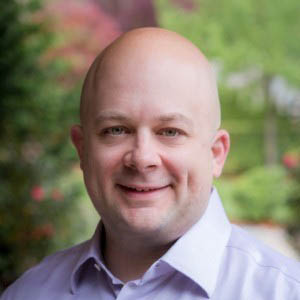 “We need a robot that is trustworthy and competent, not scary or dystopian,” said Porter. “We don’t need robots to replace us; we need robots to help us. That’s what we’re building at Collaborative Robotics. It will take us some time (though hopefully not that much time) to be able to show you all the details, but we’re confident when we do that it will be a game changer.

Collaborative Robotics said it is “building the next generation of robots designed to solve a wide variety of indoor and outdoor tasks.” The company said they will be based on a flexible mobility platform and be able to navigate and work inside warehouses as well as in less structured outdoor environments.

The robots are intended to function smoothly and safely alongside people for daily tasks, said Collaborative Robotics. The company is aiming to serve industries including manufacturing, logistics, agriculture, municipal services, healthcare, and hospitality.

While at Amazon, Porter’s teams were responsible for dramatically accelerating the company’s robotics initiative. They deployed hundreds of thousands of robots, from palletizers and sorters to drones and sidewalk robots, packaging automation, and automated storage and retrieval systems (ASRS) across Amazon’s logistics infrastructure.

Most of Amazon’s robots were task-specific and often caged off from people. Collaborative Robotics said it will take a different approach and build robots that work alongside people “in trustworthy, unobtrusive ways, while smoothly transitioning from one environment and task to another.”

“Robots that can work alongside humans, without requiring a separated workcell, are easier to integrate than other robotics, enabling rapid deployment in new environments without costly infrastructure,” said the company. “The ability to deploy into new pathways quickly also delivers faster return on investment [ROI] through improved productivity, product quality, and safety.”

“It was an easy decision to back Brad and Collaborative Robotics,” said Ali Partovi, CEO of Neo. “I’ve watched Brad build legendary teams over the last 20 years, and I have no doubt that his new startup will be just as successful and impactful as all his previous endeavors.”

“Brad’s leadership and track record spans large tech companies and Silicon Valley startups, where he built great teams and moved quickly to seize big opportunities,” said Sven Strohband, partner and managing director at Khosla Ventures. “Collaborative Robotics is a prime example of an industry veteran with the vision to recognize a huge opportunity and the ability to assemble a world-class team to go after it.”

Collaborative robotics is the fastest growing segment for new robotics deployments. The World Robotics 2021 Industrial Robots Report showed a record of 3 million industrial robots currently operating in factories around the world. Other market projections show growth of more than $10.5 billion in the next five years.

“I see a future where robots are integrated into every aspect of our lives. This new venture is the first step toward enabling that vision,” said Porter. “This is an ambitious initiative to transform the future of robotics and the future of work, and in doing so, transforming our future into a more sustainable, more hospitable world.”

Collaborative Robotics said it is is working to realize a world where robots are a trusted extension of familiar surroundings. It claimed that its products will be “trustworthy, adaptable and useful, solving real-world problems, delivering ROI, and improving experiences for customers and employees.”

Getty Images
Collaborative Robotics is working on robots that can operate both indoors and outdoors. 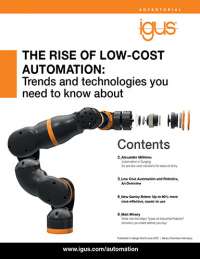 The Rise of Low-Cost Automation
Skilled workforce are working with automation in unprecedented ways to increase morale, productivity and profitability.

Top 10 Most Popular Robotics 24/7 Articles of 2022
Drone Deliveries to Continue Growth in 2023, According to Flytrex CEO
10 Trends That Shaped the Robotics Industry in 2022
Amazon Announces Product-Handling Robot During Event at Massachusetts Robotics Facility
Universal Robots to Debut New Cobot Welders With Extended Range at FABTECH 2022