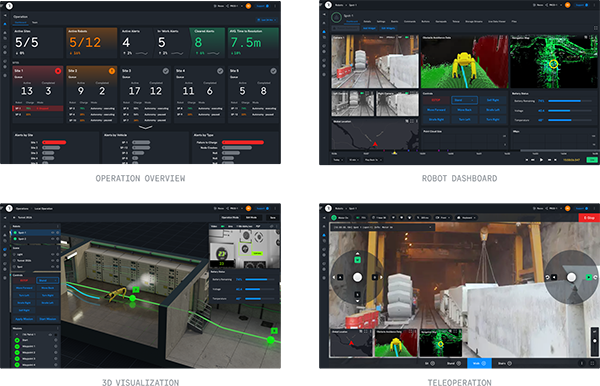 Enterprise drone provider DroneDeploy yesterday said it has acquired robotics software company Rocos. San Francisco-based DroneDeploy said the acquisition will enable its customers in construction, energy, agriculture, and other industries to deploy and orchestrate both aerial and ground robots on their job sites. The purchase of Rocos will make physical workflow automation possible, creating more efficient and safer workplaces, said the company.

“Companies are undergoing a digital transformation accelerated by challenges surrounding labor shortages and COVID-driven remote operations,” stated Mike Winn, co-founder and CEO of DroneDeploy. “As a result, the market demand for automatic site documentation and digital twins has soared. With the Rocos acquisition, we are enabling our customers to automate ground-level data capture, moving several steps closer to a complete automation solution.”

“The Rocos team, consisting of 30 team members based in Auckland, New Zealand, will all be joining the larger DroneDeploy team as a consolidated unit,” Winn told Robotics 24/7.

DroneDeploy said it “is the leading site reality platform” and market-share leader in drone software. It creates digital twins of job sites, structures, and assets. The company claimed that its instant aerial imagery can provide operational insights for the world's largest companies.

Now, with the extension to robots on the ground, workers will soon be able to establish automated routines within the platform from both the air and the ground, said DroneDeploy.

For example, a solar technician could program a drone to fly over a solar power plant, identify thermal hotspots, and automatically activate ground robots to walk under the hotspot to identify the exact problem, with no human intervention needed. This process will save time and resources, and free workers to focus on other tasks, it said.

“A few years ago, drones made the leap from hobbyist toys to enterprise tools,” said David Inggs, co-founder and former CEO of Rocos, now DroneDeploy's head of ground robotics. “Now, ground robotics is on a similar trajectory.”

“With the addition of Rocos’ ground robotics technology, DroneDeploy can now automate critical data workflows across both air and ground use cases, enabling greater safety and efficiency for the whole worksite,” he said.

Founded in 2017, Rocos said it provides a cloud platform to build and manage robot operations, enabling organizations to connect, monitor, and control robots at scale. The company said it is working toward a globally connected future where robots elevate human capabilities.

In addition, the joint offerings be hardware-agnostic, he said. “Our vision is to power as many different kinds of hardware as possible, from drones in the sky to robots on the ground to hand-held cameras and other vehicle-operated cameras,” said Winn. “DroneDeploy is currently used across a variety of hardware brands, including DJI, Skydio, Spot, and more.”

Both companies have worked with Boston Dynamics' Spot quadruped robot.

The company will launch the new offerings at its annual DroneDeploy Conference this October.

Webcast: How Robotics Companies Can Use Data to Build Custom Applications
Learn how a good data platform can help robotics-as-a-service providers address customer needs in this free webinar.

MachineMetrics Raises $20M Series B Funding for Autonomous Manufacturing
Teradyne led the round for the industrial IoT startup, which said it will usher in a new era of autonomous...