LUBA robot mower aims for a lawn care market "ripe for disruption," according to Mammotion's founder. 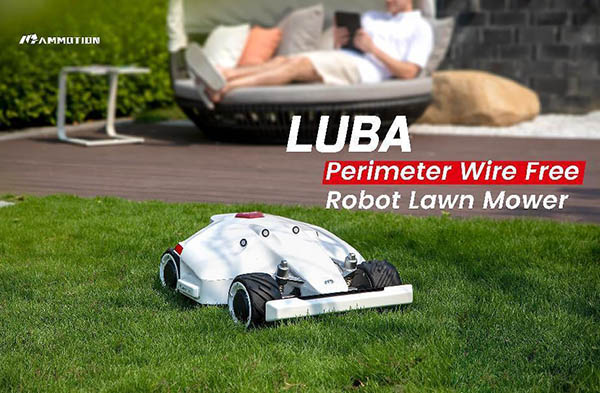 Mammotion
The LUBA robotic lawn mower is currently available through a Kickstarter campaign.
By Eugene Demaitre
·

Robotic lawn mowers have found some commercial success, but the technology is belatedly moving into the consumer market. Mammotion recently announced the launch of its LUBA robot lawn mower, which doesn't need a perimeter wire and is intended for residential use.

According to industry reports, the global robotic lawn mower market is expected to reach a value of $3.5 billion by 2026 and register a compound annual growth rate (CAGR) of about 12%. The residential segment will account for a substantial portion of this growth, noted Mammotion.

The demand for yard and lawn care services is on the rise in North America and elsewhere, said the company. Mammotion said it plans to capitalize on the market opportunity with both individual homeowners and landscaping service providers.

“The residential lawn care market has remained relatively unchanged for years and is in desperate need of innovation,” stated Jidong Wei, founder of Mammotion. “This is an industry ripe for disruption, and with the acceleration in robotic technology capabilities, Mammotion is ready to lead the charge in powering the next generation of smart robot mowers.”

““We are very pleased to introduce a product like LUBA—one that is technologically advanced and precise, yet simple and easy to use—to take the ‘work’ out of yardwork,” he added. 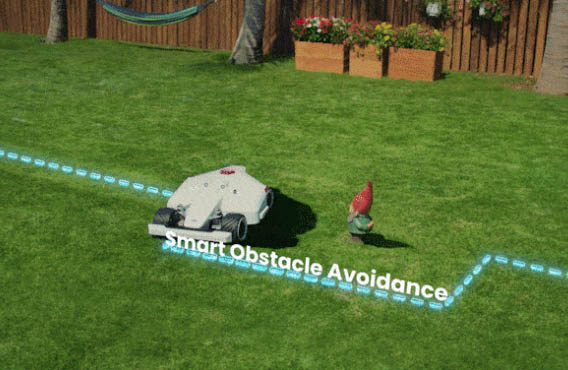 Unlike other robotic lawn mowers, LUBA does not require perimeter cables. This enables quick and simple setup without the need to painstakingly dig or bury wires, said Mammotion. An advanced real-time kinematics (RTK) system ensures positioning to within 2 cm (0.7 in.) for autonomous navigation.

“LUBA is powered by GNSS—the Global Navigation Satellite System— which contains GPS+GLONASS+BEIDOU+GALILEO,” the company told Robotics 24/7. “The fundamentals of GNSS calculate the position of the receiver by mixing the distance from the satellite and receiver itself.”

“RTK positioning can reduce the factors that affect the GNSS signal accuracy and achieve accuracy within the centimeter level through the double difference between the GNSS signal received by the rover— LUBA—and the reference station,” Mammotion explained.

LUBA has an all-wheel drive system with in-wheel motors and rugged tires, said Mammotion. The robotic mower can traverse a variety of mowing zones and climb up to a 75% or 36-degree slope, it claimed. Thanks to its power, LUBA can easily navigate uneven or rough terrain without getting stuck, the company said.

LUBA's smart obstacle avoidance relies on four ultrasonic radar sensors to detect and avoid objects as small as 5 cm (2 in.).

“LUBA can automatically detect obstacles and avoid them for the remainder of the mowing session,” noted Mammotion. “The lawn mower is designed with safety in mind, and the collision-avoidance system and three bumpers help ensure LUBA automatically brakes and turns in another direction when it encounters foreign objects.”

Multi-zone management efficiently maps different zones, according to the company. Users can set automated tasks in the Mammotion app for each zone, including mowing dates and times, cutting plate heights, and cutting routes.

Within the app, users can walk with LUBA along the boundaries of the initial mapping to program multi-cutting zones without the hassle of digging or burying perimeter wires. Also, users can easily set up no-go zones within the app (see video below).

Charging and security are covered

Auto recharging means no job is too big for LUBA, said Mammotion. The mower will automatically return to the charging dock when its battery is low and then resume the paused session once it’s 85% charged. This allows up to 5,000 sq. m (1.2 acres) to be mowed daily.

The charging dock doesn't provide shelter from the rain, but Mammotion plans to make a garage available at a later date. LUBA currently offers IPX6 waterproof level protection, and its rain sensor will automatically dock LUBA if rain is detected.

Real-time, anti-theft monitoring provides accurate and precise tracking to automatically lock LUBA if it is taken out of its existing boundary. Users can track the device in real time with a GPS tracking function, and the system will notify them in real time of potential theft with an alert through the Mammotion app.

From crowdfunding to availability

Mammotion launched a Kickstarter campaign for LUBA in May. The robotic mower is available for a “Super Early Bird” price of $1,199, a 52% savings off the MSRP of $2,499. After the crowdfunding, customers can purchase LUBA directly from Mammotion or via Amazon later this year.

Mammotion
The LUBA robotic lawn mower is currently available through a Kickstarter campaign.