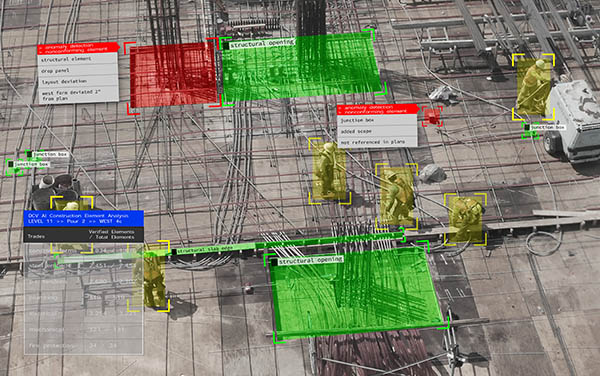 SiteAware Ltd., which has developed digital construction verification, or DCV, technology, today announced a $15 million Series B financing round. The Tel Aviv, Israel-based company said it plans to use the funds to further scale its industry presence and to make its system the new standard for the U.S. construction industry.

“SiteAware’s DCV error-prevention technology is disrupting the construction industry by dramatically accelerating schedules and streamlining work processes for all parties,” said Zeev Braude, CEO of SiteAware. “In the next few years, everyone from contractors to developers will be using DCV to build without rework. DCV gives the construction ecosystem access to data they’ve never had before, data that holds the key to the next jump in productivity for the industry.”

Founded in 2015, SiteAware claimed that it produces “the world's leading” DCV software. It creates a digital twin of any construction project, reducing the need for rework on site and reducing the risk for general contractors by providing real-time verification, said the company.

SiteAware said its artificial intelligence-powered platform can help contractors and developers keep up with the fast pace of construction and overcome the gap between plans and implementation. The DCV system turns every construction element from project plans into tagged data to create a digital twin of the building under construction.

Each stage of new construction, whether the core, shell, or interior, is documented by drones, on-site cameras, or people or robots on the ground. The images are then immediately uploaded to the SiteAware platform, which automatically compares the images of the work done on site against the digital twin. It ensures that everything was built according to plan in real time, explained the company.

If the AI finds any construction errors, it can provide actionable insights so mistakes can be remedied immediately, said SiteAware. It said its “turnkey” technology is easy to implement and can help general contractors and developers avoid problems before they occur.

In addition, SiteAware said it is creating a database of element-level construction data, transforming how construction stakeholders plan, build, maintain, and sell buildings. 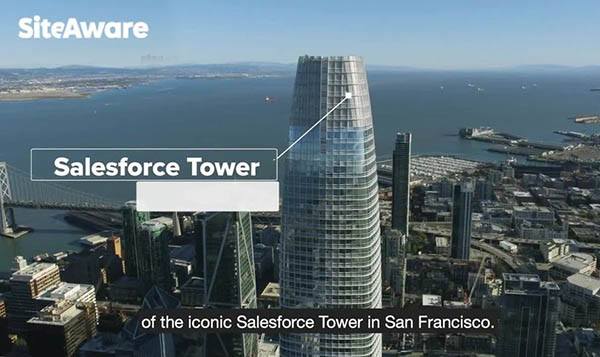 “As the first mover in this new category, SiteAware is blazing a trail for the entire construction industry, allowing the sector to leverage technologies that will ultimately make it more efficient, more transparent and smarter,” said Emanuel Timor, general partner at Vertex Ventures. “We look forward to working closely with the team at SiteAware as it expands its footprint and deepens its work with industry leaders around the world.”

SiteAware, which has offices in Houston, said it has raised $30 million to date and has tripled its revenue in the past year.

“Companies that have adopted SiteAware's technology have achieved dramatic acceleration of schedules and streamlined work processes with all parties involved in a construction project,” said Braude.

SiteAware's base of more than 40 companies includes Hines, Trammell Crow Co., Whiting Turner, and Ryan Cos.