Adam Sachs, co-founder and CEO of Vicarious Surgical, describes how his company has looked at robot-assisted operations differently. 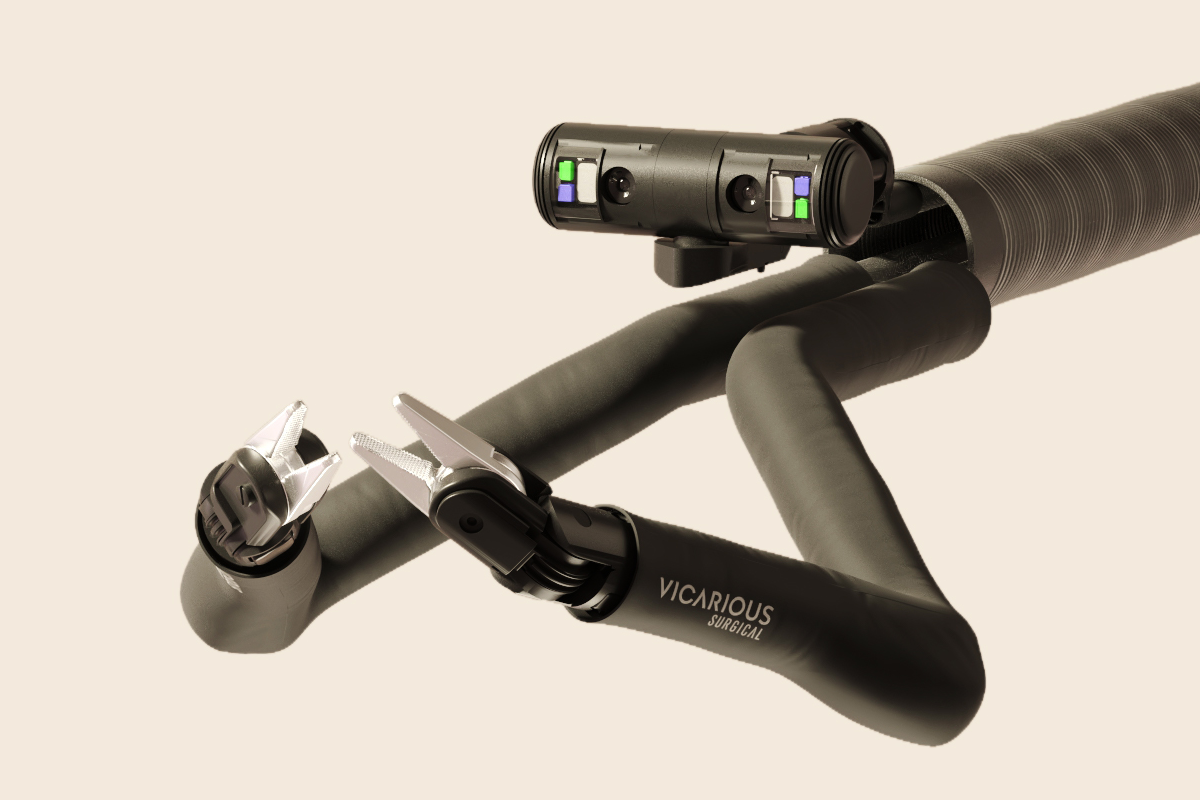 “It was a dream come true,” said Adam Sachs, co-founder and CEO of Vicarious Surgical. “NYSE does a good job of setting that up—there was a huge 60-by-90-ft. banner outside. We're excited because of what this enables. This is an important milestone, and it represents our ability to take the next steps in surgical robotics.”

Founded in 2014, Vicarious Surgical takes a novel approach in combining human-like surgical robot arms and virtual reality for minimally invasive procedures. The company said it was the first to receive “Breakthrough Device Designation” from the U.S. Food and Drug Administration, and it announced its SPAC deal, which it expected to yield $220 million in gross proceeds, in April.

Vicarious focuses on the human impact of technology

“For me, it starts with how surgery is done today,” Sachs told Robotics 24/7. “We've been doing open surgical procedures for a long time ... and most of the injury is from incision itself. The failure at incision site to heal properly is a serious problem. With minimally invasive surgery, small incisions heal at better rate, with a lower percentage of complications.”

“However, all the surgical robotics systems that exist today use long, slender instruments, and most of the motion is generated by this giant industrial robot that is pivoting,” he said. “The problem is size and cost, but the really big problem is designing the kinematics for robots depending on the incision.”

Not only is the footprint of many surgical robots too large for busy operating rooms (ORs), but the form factor can lead to a lack of precision, asserted Sachs.

“For instance, if incision points are at the wrong site, too close together—say a hernia in the groin—the surgeon has to remove the arms and reinsert them to generate the right motion needed to operate in a different area,” he said. “Plus, physicians need more than 100 procedures to gain proficiency with legacy robots, and that adds OR time.”

“There's a huge advantage of any system that puts all motion through one incision, providing simplicity for surgeons,” said Sachs. “With flexible robot technology, there is lower force and greater flexibility than 2.5 million complications or an 8.4% rate, which is approaching that of open surgery.”

“I've been working on this since 2009 and full-time since 2014,” he recalled. “We quickly realized that no actuator technology could achieve what we wanted. With rigid robots, to move one joint, you need to pull a cable, affecting the size. The mechanical limitation led to additional workflow and training challenges. Surgeons shouldn't spend their time focusing on the machine.”

“Vicarious decoupled the actuators, removing the connection between joints,” Sachs explained. “That lets us put nine joints per arm inside of body without rigid joints that have exponential needs for high force capability from joint to joint.”

“With thin asymmetrical support, you can get to small incision sites,” he added. “The two humanoid robotic arms and pan-and-tilt camera are designed to create a feeling for surgeons that they've been shrunk down.”

“Plus, there are a ton of ancillary benefits—we use polymer parts, requiring lower capital,” said Sachs. “Vicarious' system is more portable, and with more space, you can fit a suite of sensors for interoperative imaging in the OR.”

Like other surgical robotics startups, Vicarious Surgical is focusing on abdominal procedures.

“It's a huge percentage. Between general surgery and gynecology, that's tens of millions of procedures worldwide,” Sachs said. “Large incisions create poor outcomes with the abdominal wall, with 20% compications.”

How is the development going? “We're two years from submitting [to the FDA],” said Sachs. “We've divided the work into two key chunks. The first is beta testing, making it a true commercial product. Surgeons are demanding customers. Most of the technology is developed, and the technology risk is retired. We're now answering questions like ergonomics with controllers.”

“The second is a year of testing and preparation for the FDA process,” he said. “That includes biocompatibility, electromagnetic verification and validation, or V&V.”

“Most other surgical robots try to solve one or two problems rather than invent a completely new robot,” Sachs acknowledged. “We've solved the technical problem that prevented people from doing it this way, but we've been at this for 12 years, and it will be another two before we file.” 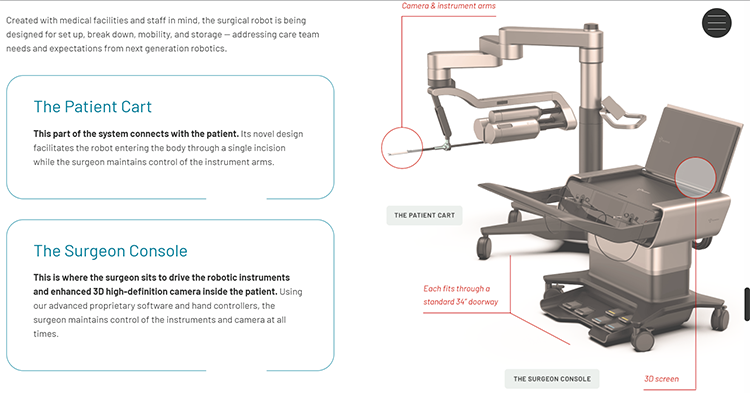 Given the long times involved in getting medical devices approved compared with other robots, demonstrating viability can be a challenge. How did D8 Holdings find Vicarious Surgical?

“One of the reasons is that we started with a lot of validating investors,” said Sachs. “Becton Dickinson is a major U.S. hospital chain. It's something that we're incredibly proud of—it's rare for a hospital system to put capital into a pre-FDA company.”

“We've done extensive testing, and our plan is for an average selling price around $1.2 million, which is less than many other surgical robots,” he said. “We're also pretty fortunate, pending longer-term clinical data, that the FDA thinks we have a good shot. We got breakthrough designation as a result.”

Vicarious Surgical plans to use its investment to finish the final stages of development, go along its regulatory path, and then move to commercialization, said Sachs.

“We're hiring,” Sachs said. “We're looking for a ton of people who are not only interested in the future of surgery, but also the future of robotics.”

Looking to the future of robots, AI in the OR

Even as Vicarious Surgical works toward commercialization, its team is watching technological develpments and thinking about improving robot-assisted surgical capabilities.

“We've carefully designed our device to leverage things outside robotics, such as cellphones,” said Sachs. “There's billions spent developing that technology. We've found strategic ways to use cellphone sensors and plastic lens tech. It's only in the past 10 years that we could get force and position sensing in the body in real time.”

“We're also developing advancements with AI, which will hugely expand the capability of surgeons to use their intelligence in planning procedures rather than in monotonous tasks,” he added. “We're looking at allowing systems to do more execution, and we're designing our system with the hooks to do this.”

“Sensors can map the abdomen in real time,” Sachs said. “We're not building a car, but with lidar and radar, we're providing a suite of intelligence to make it self-driving.”

“We can learn from anesthesiology. The equipment now allows a nurse or anesthesiologist to run four rooms at a time,” he said. “There could be a future where the surgeon plans and supervises a procedure, but a nurse or PA executes within the guardrails of the procedure and the solutions.”

“I do believe that's where there will be huge value—both financial and to the patient and surgeon,” said Sachs. “There's a lot of things in our pipeline, including novel procedures, tools, and AI approaches.”