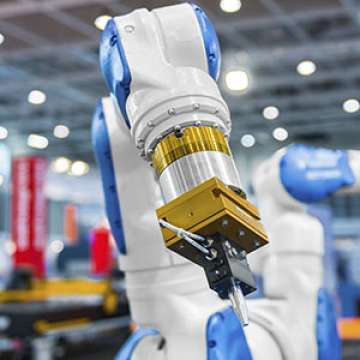 L’Oreal: To Automate or Not to Automate
Like many global companies, L'Oreal is facing new demands from its customers in a dynamic market; robotic layer picking and slotting software are two of the tools the health and...
Much ado about Amazon, as usual
An ongoing question among supply chain stakeholders, when it comes to global e-commerce bellwether Amazon, continues to be just how far it will spread its wings in terms of expanding...
The Evolution of Dock Equipment Has Begun
Unlike nearly every other aspect of distribution centers and manufacturing plants, loading docks have not been altered—until recently, that is. History of Dock Equipment, Loading Dock evolution, Loading...
Automated material handling equipment market is expected to reach $44.68 billion by 2022
Market for automated guided vehicles expected to grow at the highest CAGR between 2016 and 2022.
Honeywell Completes Acquisition of Intelligrated
As part of Honeywell Safety and Productivity Solutions division, Intelligrated's automated material handling solutions and software will pair with Honeywell's data capture and workflow performance technology.
Report forecasts growth in automated truck loading systems
Report highlights key factors influencing the growth of the ATLS market.
Collaborative robot report predicts ‘phenomenal’ growth
Cobots designed for material handling process represent the most prevalent application of collaborative robots. 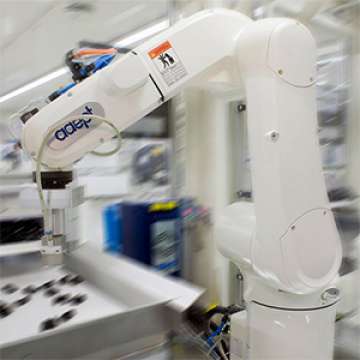 Omron Launches Adept Robots
We are excited to bring to our customers a new line of robots from Omron Adept Technologies that enable complete automation solutions to be designed from a single source.
System Integration Roundtable: Navigating an Uncertain Landscape
The fulfillment engine of the past was based on historical data, hazy predictions and an assumption that it would remain unchanged for some time. The industry is now working to...
SSI Schaefer acquires a majority shareholding in robotics specialist RO-BER
Strategic partnership with gantry robot manufacturer to increase expertise at SSI Schaefer.
Necessity is the mother of invention at Quiet Logistics
Faced with the loss of a robotic pick solution, Quiet Logistics invented its own robots. Are they the next generation of robotic-enabled picking in the warehouse?
Quiet Logistics: Robotic-enabled picking comes to the fore
Mobile robotics reduce the travel time associated with order fulfillment.
This Month in Modern: In robotics, people and process are fundamental
This month in Modern we offer the third in a series of three System Reports that examine the emergence of robotics in warehousing and distribution.
PMMI infographic recognizes gains in sustainability
PMMI celebrates Earth Day with infographic, announces 25 new members.
Swisslog Wins the 2016 INDUSTRIEPREIS for Automated Item Pick
Robotic picking solution developed in collaboration with KUKA wins in the Intralogistics & Production Management category.
New trends revealed in DHL’s ‘2016 Logistics Trend Radar’
Self-learning or "machine-learning" systems – is one of 26 key developments highlighted in DHL's 2016 Logistics Trend Radar
The future of materials handling is ….
Final thoughts on Modex 2016

Modex Wrap Up: The robots are here …. now what?
What are we to make of all the attention on robots at Modex? Are we at the crest of the usual hype cycle, or on the cusp of widespread adoption?