38 teams are vying for the next round of cash in a four-year-long contest for projecting human presence via robotic avatars. 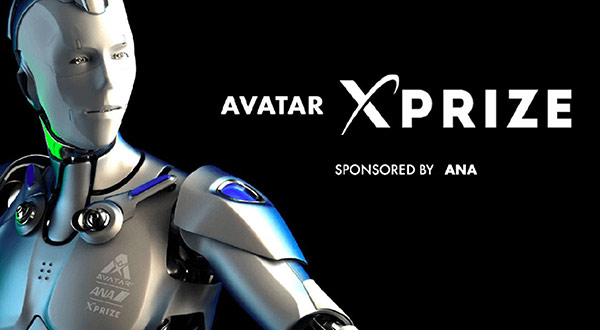 Today's telepresence technologies and teleoperation of remote systems could be stepping stones on the way to robotic avatars that could help with disaster relief, healthcare, space exploration, and more. That's the goal of the $10 million ANA Avatar XPRIZE competition, which announced semifinalist teams earlier this month.

Sponsored by All Nippon Airways (ANA), Japan's largest airline, the Avatar XPRIZE is a four-year global competition focused on crowdsourcing the development of systems to deploy a human user's senses, actions, and presence to a remote location in real time. The avatars must be able to execute a set of tasks across real-world scenarios and convey a sense of presence for both the operator and the recipient of actions.

“We are rapidly approaching an era where it will be possible for a doctor in New York to export their skillset virtually to respond to a natural disaster across the globe,” stated Anousheh Ansari, CEO of XPRIZE. “The task at hand for these incredible semifinalist teams competing in the ANA Avatar XPRIZE is to break through physical limitations and expand the capacity of humankind itself through transformative robotic avatar technology.”

In February, the 77 qualified teams submitted their development plans and demonstration videos. The panel of judges then narrowed the field, and up to 20 teams will share the semifinals purse of $20 million in September. They will move on to the finals testing in summer 2022 for the $8 million prize, which will be awarded in June 2022.

How difficult was it to get from 77 teams to 38 semifinalists? Did any common themes emerge?

Morie: A competition that involves building a physical robot entails many challenges, especially as it integrates many different technologies to accomplish the goal of a functioning method to connect two people remotely.

All the competitors worked to balance building the robot with making sure it could enable that connection between people at different locations, with adequate sound, vision, and other sensory information coming from the remote location to the operator. It was exciting to see variations in the way the different teams approached this core concept.

Unfortunately, the global pandemic made it difficult, if not impossible, for some teams to physically work together, which slowed down the progress they could make. As well, supply chains for the necessary parts were also affected impacting many teams. Some teams were therefore unable to submit what was needed to continue on in the competition.

With those who did submit, the judges had to determine if those teams could finalize their robotic solution in time for the semifinals in September.

Naturally, ANA is interested in aerospace manufacturing, but what other industries or applications are common among the semifinalists?

Morie: Because ANA is planning on new ways of connecting people across long distances without the need for lengthy travel burdens, any industry that has communication between people at its core can benefit from this technology.

From points of sale to business meetings, from ecotourism travel—light footprints—to being with distant loved ones, from experts engaged in remote training to safe space exploration, we are just beginning to see the brand impact avatars can have for humanity.

While very few of the competing teams are actually deploying their avatar solutions, we can expect to see these applications and more in the coming years.

Did you have any late entries? If so, how did they do?

Morie: We were very excited to welcome two late-registrant teams to the competition. All late-registered teams are required to submit the same paperwork filled out by the initial teams to date. Both of these teams passed semifinalist selection: Pollen Robotics from France, and Dragon Tree Labs from Russia.

It's important to note that late registration remains open through June 1, 2021, and we encourage more teams to register to compete.

Did any teams take a particularly unique or unusual approach to this competition?

Morie: Early on, we saw many unique approaches, from drone-based avatars to underwater solutions. To ensure the solutions could enable a connection between people at different locations, we had to consider safety and feasibility concerns and had to pass on some of these innovative concepts.

At least one team has included extra sensory dimensions, adding heat and wind and other physical effects to the core communication and interaction capabilities of the avatar.

Can you outline some of the criteria for judging?

Morie: During semifinals testing, teams will be judged on how well a judge, acting as the operator, is able to interact with the recipient judge at the other end of the connection. The two judges will perform a series of six tasks in a specific domain such as remote healthcare training, celebrating closing a business deal, a shared social activity, or visiting a museum.

The two judges will score how well this connection worked for them. In addition, judges will also score the avatar’s ability to actually perform the tasks, as well as how reliably the overall system operated.

Can you touch on the importance of “human-in-the-loop” supervised autonomy?

Morie: When two people are connected via an avatar robot, there needs to be the trust that the avatar is a version of a unique human being—that is what the communication is all about. It is a very different experience to interact with an unknown entity that may be based on AI algorithms.

Certain aspects of the avatar may function via predictive AI algorithms, such as navigating to a certain target without having to take each and every step towards that goal. But it is critical for trust and credibility that the human controlling the avatar is perceived as who they are supposed to be. Allowing too much of an software agent or algorithm to have that control will compromise that key human-to-human connection the avatar is enabling.

Have there been any commercial or academic developments in telepresence, telesurgery, or tele-operation in the past year that affected this competition?

Morie: The many aspects of the technologies that can enable a robotic avatar are each advancing at various rates, but they are steadily doing so. There have not been any groundbreaking advancements in the last year, but areas like haptic touch, 3D printing, and better VR [virtual reality] gear that can be used to control the avatar remotely will all be integrated into avatars of the future, as they are needed.

Research studies continue to better inform us of how presence works, and in the future, these studies will be able to involve the types of avatars being created for this competition.

The pandemic and beyond

The COVID-19 pandemic increased interest in robotic avatars, but when it eases, do you expect that interest to continue?

Morie: Avatar technologies can also help with lessening the carbon footprint of travel and provide many more opportunities for those whom travel is simply not possible.

As “avataring” in to a robot body is immediate, hours that might have been spent in an airport or train station are no longer lost. As we get more sophisticated ways to transmit our senses—like touch and smell—this may become a preferred way to travel, for many reasons.

Can you describe the semifinals testing that's going on this year?

Morie: Each of the 38 teams each will be scheduled for two, two-hour testing slots, where their avatar will perform a series of tasks called a Scored Trial.

During the Scored Trial, a member of the judging panel will serve as the operator who controls the avatar system from an operator control room. Another judge will act as the recipient in another space—a “remote location”—to interact with the avatar.

During the first hour of each slot, teams will set up and train the operator and the recipient on the operation of the system.

In the second hour of the Scored Trial, the team’s avatar must be used to accomplish three different scenarios, comprising six steps each. A team can repeat the Scored Trial on a second day, and their final score will be the best score of these two slots.

What are you most interested in seeing in the next phase of the competition?

Morie: We are very interested to see teams take on unique ways to incorporate sense of connection/presence. We look forward to reviewing their team-designed scenarios in both semifinals and finals.

In addition, we look forward to see any additional team mergers, the integration of various technologies, and whether any sponsors come in to support the teams.

Teams that are selected to advance to the finals can expect a much more difficult range of tasks that provide more emphasis on the sensory communication and an increased sense of presence enabled by the avatar.