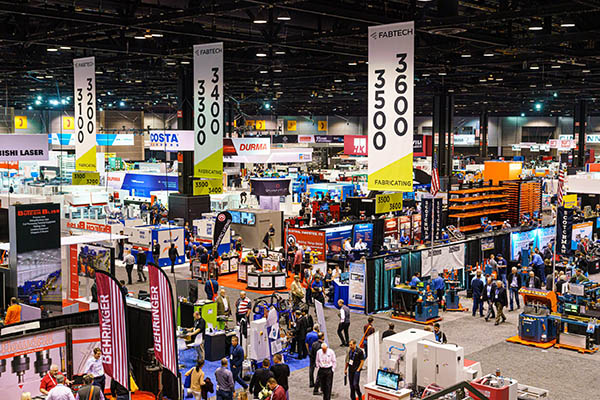 Fabtech
Attendance was down only slightly at Fabtech 2021 in Chicago.
By Phil Britt
·

Fabtech 2021 in Chicago this week was one of the first robot-related trade shows since the start of the COVID-19 pandemic. The show was had good attendance and thousands of exhibitors, even though the Delta variant is still putting a lid on many other conferences and events, with some returning to virtual formats.

However, Fabtech 2021 was scaled back from the 2019 version, a decision that was made before the Delta variant hit the headlines. According to show management, there were 9,000 exhibitors and an expected 21,000 attendees this year. In comparison, more than 12,000 exhibitors and about 35,000 attendees were at Fabtech 2019. The 2020 show was canceled.

Though the number of registered attendees was down from two years ago, the interest wasn’t, according to Josh Leath, senior product manager at Yaskawa, who echoed the comments of some other exhibitors, particularly those at or near the front of the show floor.

“Perhaps two years ago, some companies sent eight representatives, and this year, they only sent two,” he theorized.

Yaskawa and other exhibitors were undeterred in discussing their products, many of them focused on helping manufacturers meet their production needs with less reliance on humans. The products are not designed to replace humans, exhibitors said. The challenge is that manufacturers cannot find enough humans to fill the welding and other fabrication needs that they have.

The American Welding Society (AWS) estimates there is currently a shortage of 50,000 welders. It expects that figure to grow to nearly 400,000 by 2024, as many of today’s welders, who are now an average age of 55, retire.

Welding is no longer part of shop classes in high schools, and some of the work is extremely repetitive in nature, not work a welder wants to do, said Joe Campbell, senior manager of applications development at Universal Robots North America.

For example, Super Vac produces about 100 air ventilation fans per week, each one needing 140 welds. That would be 140,000 very repetitive welds each week for a human welder.

The human welders that are available don’t want to do that type of work, Campbell said. Companies purchasing collaborative robots for welding cobots want simple welds that can be programmed very quickly. These welds typically would have been completed by a manual welder, he said. But if a human can’t be found, automation is the only solution to finish the production.

The base price of Hirebotics' arc welder is about $72,000, or just under what one would expect to pay in wages and benefits to a human welder working full-time for a year.

Josh Pawley, vice president of business development and founding partner of Vectis Automation, said the robot can sometimes pay for itself in under a year, two years at most. Vectis uses a Universal Robot to automate the welding for Super Vac.

Welding robots no longer a novelty

The major difference between the 2021 show and the 2019 event is that cobots for welding were seen as a novelty two years ago, but now are in demand, according to Rob Goldiez, co-founder and CEO of Hirebotics. The demonstrations in numerous booths at this year’s show were popular.

Even the companies that had displayed arc-welding cobots at Fabtech 2019 have introduced new features, such as enhanced controls and improved safety.

Several cobot providers claimed that even non-welders could “teach” or show a robot how to make simple welds. Many Fabtech robotics companies enhanced the safety of their units by reducing pinch points.

Exhibitors said that the demand for their products was largely in smaller and larger manufacturers that have a variety of smaller jobs that needed a variety of welding.

In addition, small and midsized manufacturers that had questioned the investment for a welding cobot a couple of years ago are now seeking out cobot manufacturers and partners for welding, painting, and other solutions, exhibitors said.

“FANUC released our CRX robot for material handling a couple of years ago, then released our CRX collaborative arc welding robot in the middle of the pandemic, about a year ago,” said Paul Webster, CNC engineering manager at FANUC. “Now it’s really taking off.”

Webster said that the CRX collaborative arc welding robot is designed for the small batch jobs, and can be quickly taught—rather than programmed—to handle different welds for different production needs. If a company has high volume, very repeatable needs, it could instead opt for one of FANUC’s larger, faster robots, Webster said.

Beyond varied jobs, another area where the collaborative arc-welding robots are drawing interest is for long welds, said Yaskawa’s Leath. The cobots can be taught a long weld a single time, then perform that weld more quickly and more repeatably than a human welder. That person could then be freed to teach other cobots other repeatable welds or do other welding himself, he said. 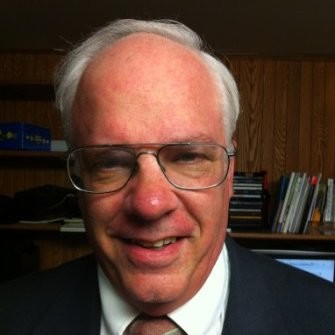 Fabtech
Attendance was down only slightly at Fabtech 2021 in Chicago.