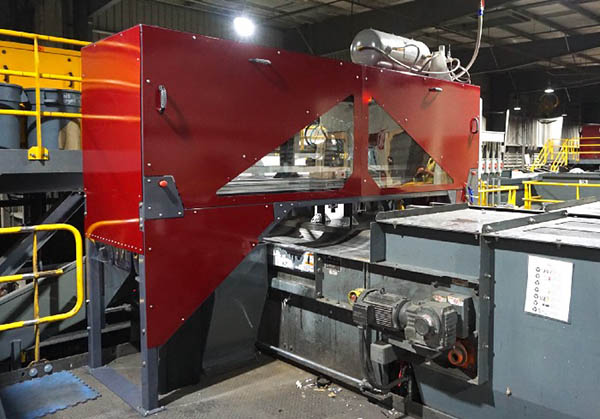 Just in time for Earth Day 2022, a startup called Glacier this week emerged from stealth and announced that it has raised $4.5 million in seed funding. The San Francisco-based company said it plans to use the funding to continue developing its system, which combines robotics and artificial intelligence to sort recyclables.

“When people think about fighting climate change, recycling is usually not the first thing that comes to mind,” said Areeb Malik, a former software engineer at Facebook and co-founder of Glacier. “But recycling is actually one of the only climate solutions that can deliver significant impact immediately, because all the necessary infrastructure either already exists or is emerging now, like our technology

Founded in 2019, the company claimed that it has created “the first affordable, high-performing, and space-efficient AI-enabled robot for recycling.”

The United Nations warned this month that humanity needs to act “now or never” to limit global warming, Glacier pointed out.

Recycling can reduce carbon emissions by decreasing energy use in manufacturing, which is still primarily powered by fossil fuels, according the company. For example, recycling aluminum saves 95% of the energy needed for manufacturing, and recycling steel saves 70% of energy needed, Glacier said.

“Unfortunately, half of recyclables in the U.S. end up in landfill,” it noted. “This is in part because recycling facilities rely heavily on human sorting, and hiring difficulties have caused persistent, large-scale labor shortages. Many facilities are in full-blown crisis mode, under-staffed by as much as 50%, with no end in sight.”

Carbon dioxide emissions from aluminum production far exceed those of driving a car for a year, but recycling can help mitigate that. Source: Glacier

The company claimed that proprietary innovations enable its robot to cost up to 60% less than other robots, while matching or exceeding their performance. Glacier said its robot is also less than half the size of its peers, requiring minimal facility retrofits to install.

Many recycling robots have a payback period of up to 10 years across hardware and retrofit costs, noted the company. Glacier said its robot can provide a return on investment (ROI) in as little as one year.

“Almost every facility is interested in robotic sorters, but they've assumed robots are out of reach because of high cost and inconsistent ROI,” said Rebecca Hu, a former Bain & Co. consultant and co-founder of Glacier. “Customers are shocked when they learn what Glacier offers. We've been overwhelmed by all the customer enthusiasm for our product.”

“Solving the recycling industry's acute labor shortages with intelligent robotics and AI is [not only] a massive commercial opportunity, but also an important step toward significantly reducing emissions and waste,” said Ann Bordetsky, a partner at NEA. “We're proud to back Glacier's experienced and passionate team as they introduce automation and data intelligence to an essential industry that we all rely on every day.”

NEA is a global venture capital firm with nearly $24 billion in cumulative committed capital since its founding in 1977. The company invests in technology and healthcare companies at all lifecycle stages, from seed through initial public stock offering (IPO). NEA said it has participated in more than more than 260 portfolio company IPOs and more than 430 mergers and acquisitions. 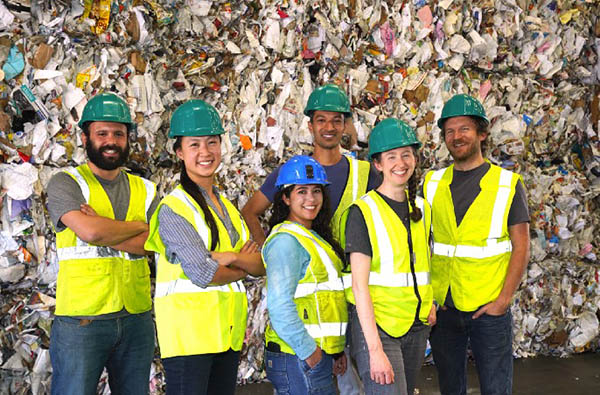 Glacier's team is scaling up to apply robotics and machine vision to improve how waste is handled. Source: Glacier

Glacier has run multiple successful pilots and earned recognition including a spot in Michigan's state-run recycling accelerator and the “Best Circular Economy Technology” award from the Centrepolis Accelerator.

Earlier this month, the company installed its first commercial robot at a large recycling facility in California. The robot is sorting eight target materials across two conveyor belts simultaneously. Glacier asserted that this is a complex task “that no other robot on the market can perform.”

More installations are under contract, and the company is planning to scale rapidly to meet growing demand.

Beyond robotics, Glacier is using computer vision to power real-time waste intelligence, providing facilities and municipalities with in-depth insights into their waste stream composition. The company said it is also identifying new opportunities for improved staffing and technology across the recycling industry.

AMP Robotics Launches Automated Recycling Facilities in Atlanta and Cleveland
AMP Robotics said the growth of its secondary sortation business builds on its AI enhancements and the industry's adoption of...