The integration is part of NVDIA’s new partnership with Ready Robotics aimed to increase both companies’ customer base. 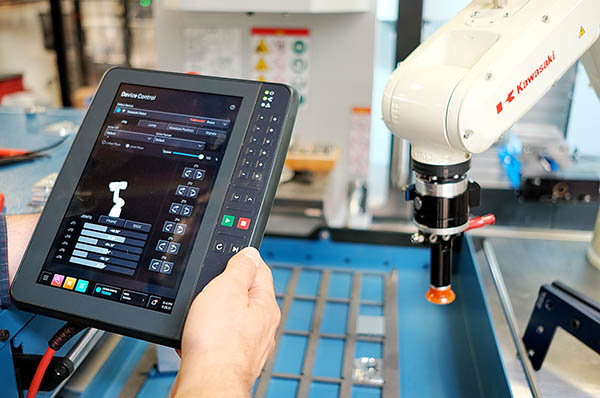 The Columbus, Ohio-based company said NVIDIA’s investment allows it to improve its core Forge/OS 5 platform as well as to support a growing ecosystem of partners and developers.

READY Robotics added that it provides a foundation that enables software developers to meet their demands. By enabling integration with processing at the edge, these systems can offer increased efficiency without compromising on privacy, latency, or data security, the company argued.

“Manufacturing has been held back for decades by software silos between robot vendors,” said Ben Gibbs, co-founder and CEO of READY Robotics. “We've broken down those barriers with a standard interface that simplifies deployment for enterprises and dramatically increases the market opportunity for the automation industry.”

“For factory workers, that interface is a no-code tablet, which allows them to upskill to become a robot programmer within weeks,” he added. “For software developers, it's a standard API that unlocks data streams from over 3 million compatible robots deployed today.”

Control any robot through standard APIs

Its Forge/OS was designed to be the “first universal operating system for physical automation that enables the control of any or any device through a standardized set of APIs,” according to READY Robotics on LinkedIn.

READY Robotics and NVIDIA Omniverse Isaac Sim can be seen in action together at Booth 2783 of Automate 2022 in Detroit through June 9.