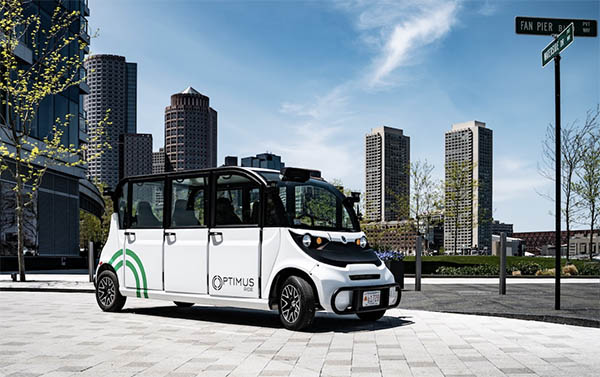 Optimus Ride
Optimus Ride is testing its autonomous shuttles in Boston, among other locations.
By Eugene Demaitre
·

Optimus Ride Inc. yesterday announced the formation of a strategic advisory board including transportation industry experts and thought leaders. The Cambridge, Mass.-based autonomous shuttle developer said the board's input and guidance will help it in its mission of “solving today's real-world mobility poblems.”

“This dream team unites decades of experience and the brightest minds across the various sectors required to grow the autonomous vehicle space and enact real change for people and communities,” said Optimus Ride. “Their expertise includes urban policy, city and regional government, automotive, public transit, real estate, and more. The team will lend their deep expertise as we collectively drive toward our shared vision of a more equitable, sustainable, and connected future of transportation.”

Transport experts on board

Optimus Ride said its board includes the following members:

The board members will work closely with Optimus Ride, offering their perspectives across automotive technology, city planning, and other transportation verticals, said the company.

Robotics 24/7 spoke with Sean Harrington, CEO of Optimus Ride, and Gabe Klein, chair of the advisory board.

Both of you are relatively new to Optimus Ride. What brought you to autonomous shuttles?

Klein: I've been aware of the company since its inception. As an advisor, investor, and consultant, I've also worked with cities on what solutions would work for them. I knew Optimus Ride's founders, but didn't know about the progress they were making. Understandably, they were focused on the technology. The company's board and the advisory board have become messengers for their vision.

Harrington: I joined in December of last year. I've learned over many years of being at high-growth companies that tremendous benefit comes from getting feedback and support from external individuals with a diverse set of backgrounds and perspectives.

I worked with Gabe previously when I was at Sensity Systems, which was acquired by Verizon. He understood the power of bringing together people with experience and relationships that can help accelerate the company at the stage we're at now.

What stage is Optimus Ride at now?

Harrington: We're accelerating on the go-to-market side of the business. We've always had deployments but wanted to significantly incrase size and scope of deployments of our technology. We've validated it in five commercial deployments to date.

We want to scale, so we need to deeply understand the customer segments and the verticals we're working in. We need to refine our value proposition and message even further, and with that significant investment in commercialization comes the decision to bring in an advisory board now.

Klein: I've spent the bulk of my career at startups, and then I ran the transport agencies in Washington, D.C., and Chicago. I saw the power of government and industry to make positive change, and I want to try to help fix the planet from a climate change and equity point of view.

I've been active in the AV [autonomous vehicle] space for the past seven years, and I wrote a book on how active mobility or AI-based transport could move us quickly in the right direction. I consider myself very mission-driven. Making money and doing good don't need to be at odds—both of us feel that way.

People underestimate the value of advisory boards—they're not just for providing introductions, although this is the most well-rounded group I've ever seen. As Optimus Ride switches gears to full commercialization after years of focusing on R&D, having a nonpolitical advisory board means we can be completely honest about what we think about what's best for the company. That's invaluable for a CEO.

Where do Optimus Ride's shuttles fit into the autonomous vehicle ecosystem?

Harrington: Verizon's AV interest was in infrastructure, such as traffic lights and data moving from V2X [vehicle-to-everything communications]. I was introduced to Optimus Ride about a year before joining. I immediately gravitated to the idea of reasonable time horizons, requiring less capital and engineering time and effort than for cars, while keeping a large total addressable market. That balance struck me of practical, achievable AVs addressing real needs today, without Level 5 autonomy.

Klein: It has been fascinating to watch over the past decade—some VC [venture capital]-fueled companies made big claims, and to be fair, some engineers thought that Level 4 to 5 autonomy would be easier in urban environments. 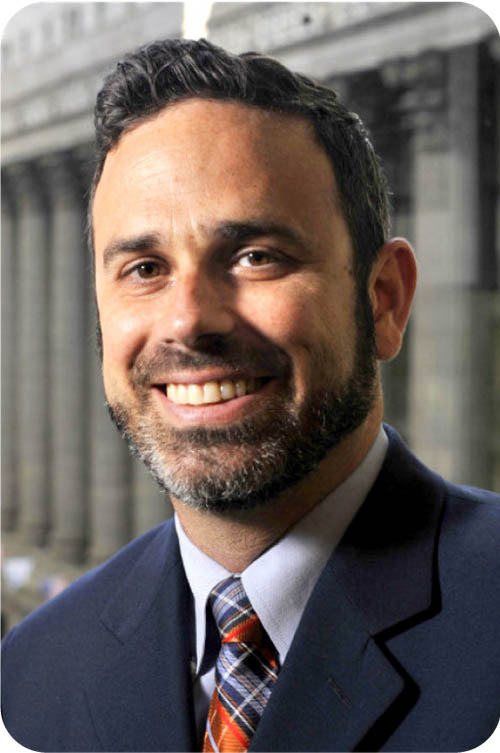 Optimus Ride is solving a real problem today—the first and last few miles around mass transit. If you look at the value of real estate, nobody can afford to live within a block or two of transit, but if you put in Optimus Ride and bike lanes, you can extend the value to three miles. If a government wants equity in a city—look at the percentage of cost of living spent on transit and housing—something like Optimus could be a lifeline.

In terms of viability, the ability to execute at low speed is really important. Waymo, Aurora, and Tesla are working hard, but safe operations with 20,000 lb. moving at 70 mph are much more difficult than the 10 to 15 mph average in cities, which have congestion and have been lowering speed limits for safety. This also changes consumer ideas about owning a car versus ride sharing.

Speaking of ride sharing, what's the difference between autonomous shuttles and robotaxis?

Harrington: We're finding the right balance between cost and convenience. There are differences in vehicle miles traveled, congestion, and emissions. Many passengers don't have the financial ability for unlimited ride hailing.

One difference between AV shuttles and robotaxis is pooling. You can do on-demand rides with some degree of pooling, which is still more convenient than fixed-route mass transit and lower cost than ride hailing, which is important for underserved communities.

Klein: It's a long race, and there will be lots of winners: potentially some form of vehicle miles travel including ride hailing, sidewalk and delivery robots, and AVs. I do think the segment that Optimus Ride is focusing on is overlooked. City governments will restrict single-occupancy vehicles, including ride hailing, and as we see environmental collapse, people will realize that transportation is part of the solution.

Autonomous shuttles are like putting back in a smaller version of street cars with more flexibility and without the infrastructure. Along with bike-sharing services, they can help deal with the demise in connectivity between neighborhoods.

What is the role of public policy in encouraging autonomous transport?

Klein: I'm not a fan of the term “smart cities.” The reality is that cities won't invest in smart for the sake of smart. Technology must solve a real problem, and cities will invest in smart if there's an economic development angle. What Optimus Ride or any mobility company needs to do is cost-effectively solve equity, mobility, and connectivity problems.

During the COVID-19 pandemic, observers have said that people would leave cities and never come back, but people are coming back. The conventional wisdom that everything's going to happen one way or another is wrong. 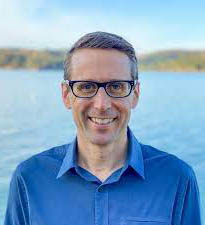 Harrington: We have a very specific focus around AVs, and one of the most valuable things we can get from the advisory board is perspective and a broader view from the members' time in the private and public sector. We can “pressure test” ideas so that we're not missing something at urban transportation level.

We have very ambitious objectives mobility, sustainability, and equity. At the same time, we have a big mission around practicality. We're trying to apply technology in a stepwise fashion, more in line with how software is developed rather than legacy waterfall methods, in which one defines the most difficult use cases and starts from scratch. That's how many companies have approached robotaxis.

Looking ahead, what transportation trends do you see, and where is Optimus Ride in them?

Harrington: We see ourselves sitting in world transitioning away from single-occupancy vehicles. There will be continued pressure from regulators to reduce miles traveled and congestion. The megatrends are electrification, autonomous vehicles, shared rides, and equity, for the “EASE” acronym. We're seeing more and more a desire for models that balance convenience and cost.

We are aggressively pursuing the path to market today, with new types of customers and new features. The advisory board is meeting every couple of months, plus some ad hoc meetings. A lot of progress is made asynchronously, with smaller group forums and specific near-term objectives for go to market and production.

Optimus Ride
Optimus Ride is testing its autonomous shuttles in Boston, among other locations.

Optimus Ride Inc.
Optimus Ride is an autonomous shuttle company on a mission to drive the future of transportation. The company develops autonomous vehicle technology and mobility services for residential communities, corporate and academic campuses, and mixed use developments. It said its convenient, sustainable rides connect people in and around...