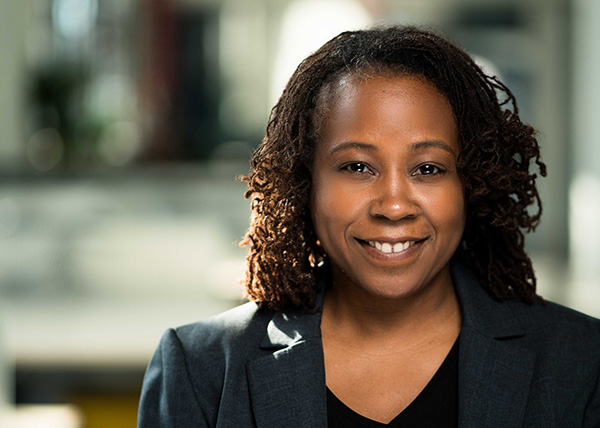 The dearth of women and people of color in technology is well-documented, but there is progress in recognition of role models who can inspire current and future roboticists. The Association for Computing Machinery (ACM) today named Ayanna Howard, dean of the Ohio State University College of Engineering, as the 2021-2022 ACM Athena Lecturer. The organization cited her “fundamental contributions to the development of accessible human-robotic systems and artificial intelligence, along with forging new paths to broaden participation in computing through entrepreneurial and mentoring efforts.”

Howard has conducted research on autonomous decision-making, developed robotic manipulation to aid people with disabilities, and founded a company serving children with special needs. She has also been a senior researcher at the National Aeronautics and Space Administration's Jet Propulsion Laboratory (NASA JPL) and is academic co-lead of Black in Robotics.

“Ayanna Howard is a trailblazer in vital research areas, including topics such as trust and bias in AI, which will continue to be front and center in society in the coming years,” said Gabriele Kotsis, president of ACM. “The quality of her research has made her a thought leader in developing accessible human-robot interaction systems. Both as an entrepreneur and mentor, Ayanna Howard has worked to increase the participation of women and under-represented groups in computing.”

“It's nice to be in the news, but because this is from my peers, it feels different,” Howard told Robotics 24/7. “We're competitive and most critical among ourselves, so it's nice they see value in what I'm doing. This recognition does mean a lot.”

The ACM noted that Howard has been a leader in studying robotic manipulation, terrain classification for field robots, systems for children with special needs, and overtrust in robotics and AI.

“When I saw my nomination, they started with my Ph.D. work, which I hadn't realized,” she said. “I was looking at using neural networks to model how people grasped objects and computer vision for manipulation back in 1994. I very rarely look back, and it was good work.” 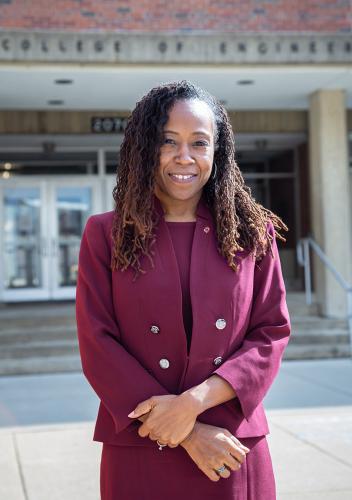 Ayanna Howard, dean of the College of Engineering at Ohio State. Source: The Ohio State University

In addition, Howard has studied how social robots can engage with children with special needs and how computer vision can analyze children's movement for the development of therapies.

“A theme of my work from the beginning is how robots interact with humans and data,” she said. “Industry wanted to push humans out of processes, but now we realize we need robots and humans working together. The question is how to incorporate the human element as we bring people back into the loop.”

As part of her work on modeling trust in robots and AI, Howard introduced interaction algorithms that, for the first time, quantified the impact of robot mistakes on human trust in a realistic, high-risk simulation.

Bias in AI reflects human biases and can be consciously mitigated, Howard noted in her book Sex, Race, and Robots. At the same time, many technologists prefer to be recognized for their accomplishments rather than who they are. How does Howard see herself?

“As a double miniority—a black female in technology—do I check the box that says I'm black?” she said. “I was not going to, but then I realized that if I didn't, people wouldn't realize that people like me exist. I do see things differently, and more people have to see how our differences are a strength. It's a lot of pressure, but I claim it now.”

Throughout her career, Howard has led numerous efforts designed to engage, recruit, and retain people from groups that are under-represented in computing and technology. She has provided mentorship and played roles in editorial, conference, and academic groups.

“The first part was identifying the models of how people react, but now we're designing more general types of solutions,” Howard said. “With labelers for facial recognition, we're looking at using AI as a tool for mitigating human bias. A paper has just been accepted about emotion and facial recognition and how an agent can help.”

At the Georgia Institute of Technology, Howard was program director of the nation’s first multidisciplinary robotics Ph.D. program and founder and director of the Human-Automation Systems Lab. In March, she became dean of engineering at Ohio State.

“I'm here because of my passion for access and education in engineering,” she said. “I can do things here that can change the field nationwide. We can try things out, like with A/B testing, and see what happens at an institutional scale. The vision and mandate I've been given by the provost and prsident are to diversify and grow enrollment.”

Room for hope and inspiration

In addition to her work at NASA JPL and academic leadership, Howard founded Zyrobotics, which develops mobile therapy and educational products for children with special needs. “My students and I started with infants, who perceive and interact with things differently,” she said.

Despite concerns about biased AI and fears of automation, Howard said she is more optimistic than ever.

“The voice recognition we use with Siri, for example, started because of the needs of the hearing-impaired,” she said. “As assistive technology becomes mainstream, it not only helps people in the disability community, but the cost also becomes much cheaper. When exoskeletons get to be mainstream, they could allow us to carry groceries a little better.”

“The light coming for the end of the pandemic would not have been possible without science,” Howard added. “We need to do more with our students and move faster. In basic research, you cobble together funding and work on a project for three years and then put it to the side. Academics can work on a project for 20 years, while startups take a while to become cashflow-positive.”

“In academia, we teach students fundamental knowledge, but most don't get to play in AI, machine learning, and robotics until their junior or senior year,” she said. “There are so many tool kits used in the startup world for getting nontechnical folks to code up algorithms, we have to rethink how to blend fundamentals in linear algebra with more applications.”

“To address gaps in robotic manipulation and other areas, we need more industry-academia partnerships,” said Howard. “Larger companies working with research hubs could do more.”

About the ACM Athena Lecturer Award

The Association for Computing Machinery said it is the world’s largest educational and scientific computing society, uniting computing educators, researchers, and professionals to inspire dialogue, share resources and address the field’s challenges.

Initiated in 2006, the ACM Athena Lecturer Award celebrates women researchers who have made fundamental contributions to computer science. Athena is the Greek goddess of wisdom; with her knowledge and sense of purpose, she epitomizes the strength, determination, and intelligence of the “Athena Lecturers,” said the organization.

The award includes a $25,000 honorarium provided by Two Sigma. The Athena Lecturer is invited to present a lecture at an ACM event of her choice.