3 Types of Agricultural Robots That Are Improving Global Productivity

From planting seeds to plucking fruits and vegetables accurately, smart robots can help mechanize farming in the developing world. 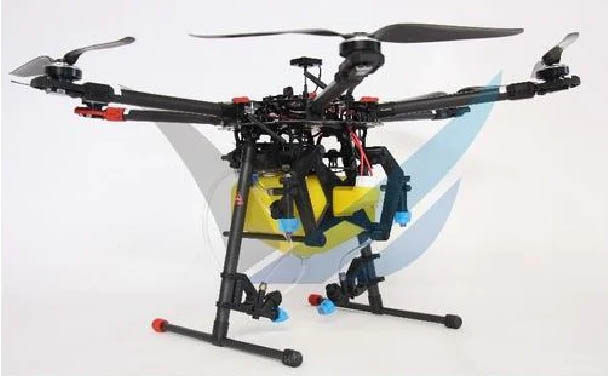 UAV Systems International
The Aurelia sprayer drone is among the innovations coming to agriculture.
By Akhilesh Prabhugaonkar
·

A major challenge facing developing economies such as India is overdependence on employment in primary sector economic activities like agriculture. With the advent of Industry 4.0, agricultural robots can drastically improve productivity as people continue moving to cities for higher value-added activities.

Here’s a comparison of employment and its contribution to gross domestic product (GDP) between India and the U.S.: Agriculture employs just 1.4% to 1.5% of the workforce in the U.S., while it contributes to around 5% of the country’s economy. In contrast, agriculture in India employs around 42% to 43% of its workforce, while that sector contributes to 20% of India’s GDP.

The key takeaway from this is that even though developed countries like the U.S. employ far less labor in farming, agricultural productivity in the U.S. is much higher than that of India.

While there are many reasons for this divide, such as area of land holdings, the quality of seeds and fertilizers, irrigation networks, etc., one major factor is the mechanization of agriculture in more developed countries. High-power tractors, combine harvesters, and other equipment are in widespread usage.

Recent innovations that could level the playing field and effectively feed the world's more than 8 billion people include agriculture robots and artificial intelligence as part of Industry 4.0. These robots are primarily employed in activities that are repetitive in nature, thereby reducing the burden of manual labor on farmers.

Agricultural industry leaders and automation innovators such as John Deere are developing robots that can not only replace backbreaking labor but also reduce waste and add insights for farmers. Here are three broad types of agriculture robots:

Harvesting is one of the most common tasks for agriculture robots. In fact, in many developed countries, especially in horticulture sector, an increasing amount of the fruit and vegetable picking is done with the help of these robots.

Though a fairly tedious job, harvesting also requires delicate handling since fruits and vegetables are highly susceptible to bruises, tears, and damage. Roboticists have developed sophisticated vision hardware and software so robots can easily differentiate between the different parts of the crop like leaves, stem, and the fruit.

Harvest Croo Robotics LLC’s Berry 5 is one the most popular harvesting robots in the market. By using advanced video and image-processing techniques, this robot is capable of safely picking and packing strawberries.

The biggest advantage of Berry5 is the speed with which it can complete the task. The Tampa, Fla.-based company's testing has shown that the robot can pluck strawberries from a bush in approximately 8 seconds.

Weeding is one of the most arduous jobs that farmers have to perform to maintain the productivity of their land. One problem with weed control is that no actual value is being added to the produce in terms of improving its quality. Hence, weed control is one of the best areas in which robots can be employed in place of manual laborers to get the job done.

R2Weed2 from Nexus Robotics Inc. is one noteworthy robot for weed control. It relies on AI to differentiate between the main crop and weeds around it. Thus, it can precisely identify weeds and pluck them out without damaging the crop.

Moreover, R2Weed2 can perform soil analysis and recommend the addition of fertilizers or compost accordingly, according to the Saint-Bruno-de-Montarville, Quebec-based company.

Another weed-control robot is Oz from Naïo Technologies SAS in Escalquens, France. The robot gets real-time kinematic positioning (RTK) from a satellite navigation system to locate pests and weeds.

Carbon Robotics has also developed a weeding system for farms, while Tertill has built robots for gardens.

3. Robots plant and seed on the farm

In the past few years, engineers have pushed robotics to perform more complex tasks such as planting and seeding. Drones or uncrewed aerial vehicles (UAVs) can not only survey fields, but they can also support precision agriculture with real-time data collection for analysis and insight.

Companies such as American Robotics and UAV Systems International have developed aerial imaging and seed-planting robots that can capture a bird’s eye-view of the farm and plant seeds according to the optimum capacity of the land.

Some seed-planting robots or drones are also capable of spraying pesticides and herbicides over the crops. Other companies working on planting and seeding drones include Aeroseeder, Agrodronas, AirSeed Technology, DroneSeed, and ZenaDrone.

As per a report published by Research Dive, the agriculture robot market is poised to grow from $4 billion in 2018 to $16 billion by 2026, registering a 19.2% compound annual growth rate (CAGR).

The world's growing population, supply chain problems, and global climate change have directly led to an increase in demand for food supplies. This has pushed many private companies and governments to invest in technologies to hasten the shift to mechanization in agriculture. Research Dive expects this shift to boost the agriculture robot market in the forecast period.

In addition, computer vision and drone technology will at the forefront of this shift as many leading companies are developing UAVs to perform various agricultural activities.

Economists, market analysts, and agriculturists around the globe have opined that agriculture robots could prove to be a revolutionary innovation, not just for one sector but also for the global economy on the whole. This is because, once robots are employed on the fields, laborers could move to better-paying jobs in other industries, such as manufacturing, automation, or the service sector.

Increased manpower in the manufacturing sector can further help in technological innovation, pushing the economy in a virtuous cycle. Agriculture robots can thus become the very engines of development for which developing economies have searching for a long time.

Akhilesh Prabhugaonkar holds a bachelor’s degree in electronics engineering from the Vishwakarma Institute of Technology. He has a special interest in the fields of forensics, international relations and foreign policy, agriculture, and oceanography. An ardent bibliophile and melophile, Prabhugaonkar writes about topics of interest and various other societal issues.

UAV Systems International
The Aurelia sprayer drone is among the innovations coming to agriculture.

John Deere Announces ExactShot Fertilizer Robot and Electric Excavator at CES 2023
During its keynote address in Las Vegas, Deere continued to demonstrate its interest in adding automation to farming.

FarmBot Sold a Record Number of Plant-Growing Robots in 2022
In 2022, the company updated the robots internals with improved vacuum pumps and the latest Raspberry Pi computers.

BeeHero Secures $42M in Series B for Robotic BeeHive System Deployment
BeeHero said its robotic pollination system has been used on more than 100,000 acres.