FANUC's has invested in its second expansion in three years as manufacturers respond to labor shortages. 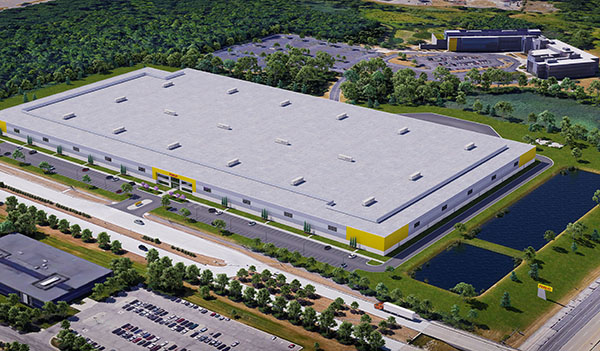 As the demand for automation grows, so too must robot suppliers. FANUC America Corp. today announced that it is expanding its West Campus, which will grow its operational space in Michigan to nearly 2 million sq. ft. The industrial automation provider said the construction will include a state-of-the-art, 655,000-sq.-ft. facility to house manufacturing, engineering, and research and development projects.

“We’re excited to announce the addition of the new West Campus and our ability to continue to expand in Oakland County, Michigan,” said Mike Cicco, president and CEO of FANUC America. “This investment in the future of U.S. manufacturing will help FANUC America meet the tremendous demand for automation solutions.”

It recently marked the manufacture of its 750,000th robot and opened new headquarters for Latin America in Aguascalientes, Mexico.

FANUC builds for the future of robotics

“Interest in robotics and automation remains strong with new demand coming from a variety of industries,” said Cicco. “EV [electric vehicles], warehousing, and logistics, as well as food and beverage, are all looking to automation to increase production and solve the growing labor shortage.”

FANUC said its investment in Michigan's growing manufacturing sector includes the purchase of 67 acres of land, as well as the site of the former Thomas M. Cooley Law School campus. That site will allow for future growth in the education of the next generation of robotics and automation workers, said the company.

Including the existing building, FANUC will add a total of 788,000 sq. ft. of operational floor space.

“Advanced automation requires new skills and training to keep manufacturing strong in North America as well as in Michigan,” Cicco added. “We’re committed to fueling the growth of manufacturing in Michigan. We’re proud of our roots here, starting with the design and build of our first line of NC Painter robots in 1982 to today with the local production of our entire paint robot line.”

In October 2019, FANUC America opened its North Campus, a 461,000 sq.-ft. facility built by General Development Co., which is also building the new West Campus. “We’re happy to be brought onboard once again by FANUC,” said Bruce Brickman, principal at General Development.

Located in Auburn Hills, Mich., the North Campus is walking distance from FANUC America’s headquarters in Rochester Hills. The company said the adddition is crucial in growing its engineering, R&D, manufacturing, and warehousing capabilities. It has also supported record-breaking orders and deliveries in a short period of time, according to FANUC.

The future FANUC America West Campus site is located in a suburb of Detroit. With its historical links to the automotive industry, Auburn Hills has become a thriving business center and home to more than 80 international corporations.

“We are grateful that FANUC has chosen to expand their already impressive footprint in Auburn Hills, an example that our community continues to be regarded as a premier destination for innovation and advanced technologies,” stated Kevin McDaniel, mayor of Auburn Hills. “As a leader in the robotics industry, their expertise will complement our diverse business base and will contribute to the city’s strong local economy through jobs and investment.”

“This development may very well earn us the designation as the community with the largest robotics footprint in the U.S.,” he said. “We appreciate our trusted partnership with the General Development team who will build the project and look forward to another quality development in Auburn Hills.”

After the City of Auburn Hills approves plans, FANUC America plans to break ground in the fall of 2022. The company said it expects construction to be completed in the spring of 2024.

Epson Robot Featured in IPSi’s Print-and-Label Making Robotic Workcell
The company also announced that it has teamed up with some of its partners to expand training locations.