The private equity firm's technology and business solutions vertical is active in the growing industry. 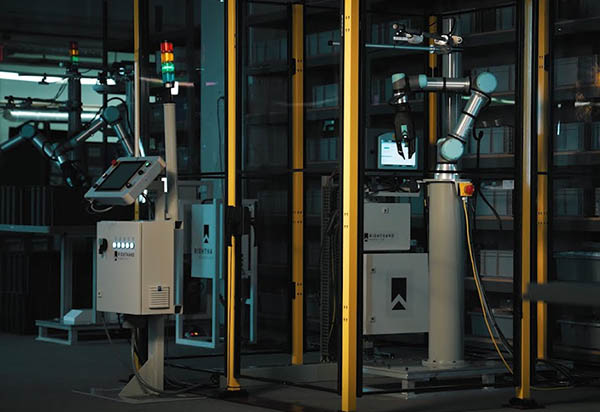 Since then, the Boston-based company has helped automated storage provider AutoStore go public, acquired the Semiconductor Solutions Group of Brooks Automation for $3 billion, and invested in freight-tracking software firm FourKites.

In February 2022, THL participated in robotic picking provider RightHand Robotics' Series C round. In April, the private equity (PE) firm oversaw the merger of MHS Global and Fortna to create an e-commerce and logistics services leader.

Mike Kaczmarek, managing director at THL, spoke with Robotics 24/7 about his outlook for robotics.

“We invest in healthcare, financial, technology and services, and broader technology businesses,” he said. “We've spent close to a decade as one of the larger PE firms interested in automation. We've invested approximately $5.5 billion in the robotics sector and across 20 businesses touching a range of end markets.”

“Our thesis is that automation is a global force that will transform industries over the next 30 to 50 years,” said Kaczmarek. “Robotics and automation could represent up to half of global GDP [gross domestic product] growth. It could have an impact similar to that of the Industrial Revolution.”

Several long-term trends are driving interest in robotics, noted Kaczmarek. The first is demographics—populations around the world are aging, leading to worker shortages that were already growing before the COVID-19 pandemic, he said.

“Second are ROI [return on investment] and the savings that companies see,” Kaczmarek added. “Automation can reduce costs, lower error rates, and maintain higher uptimes in less than a year, which is attractive payback.”

Third are environmental, societal, and governance (ESG) factors, as governments and companies in Europe and worldwide set sustainability goals.

“ESG continues to be an important trend,” said Kaczmarek. “Robots can reduce waste, particularly on the transport side. An AutoStore robot consumes less electricity than a vacuum cleaner, for example.”

“Lastly, automation can help fuel revenue growth, which is often not what people think of first,” he said. “Companies that automate could be six times more likely to generate greater than 15% growth than those that don't.”

Robotics to ride out 'headwinds'

Robotics 24/7 has tracked more than $19.2 billion in robotics-related transactions so far this year. Even though the International Federation of Robotics (IFR) and the Association for Advancing Automation (A3) continue to report record robotics industry growth, there are significant challenges.

The COVID-19 pandemic and its aftermath have altered consumer habits, and trade disputes and worker shortages have disrupted global supply chains. In addition, the conflict in Ukraine has affected food and energy markets, while concerns about inflation and recession have sparked debates in Silicon Valley, Wall Street, and Washington, D.C.

Technology companies have not been immune to layoffs and shutdowns, and about 75% of North American warehouses have yet to add robotics.

Still, Kaczmarek is bullish about automation.

“The growth has been strong in many categories on a percentage basis,” he explained. “Five years ago, the amount of warehouses that were automated was less than 10%, and today, it's approximately 15%. It's exciting how much more we have to go, and it could get to 60% to 70%.”

“The macro environment, in some senses, is unprecedented—low unemployment rates, attractive home-price appreciation, but with high inflation and rising interest rates,” he acknowledged. “We haven't seen this in the past 30 to 40 years. Despite massive labor shortages and supply chain constraints, consumers are still spending money, causing demand challenges across the supply chain.”

“Given market conditions, we're being cautious in the short term,” Kaczmarek said. “There could be pullback in certain areas, but long-term growth is still very attractive. For example, the ASRS [automated storage and retrieval systems] market could have a 15% CAGR [compound annual growth rate].”

“We think all of these segments are exciting,” Kaczmarek said. “Within robotics, we're looking at collaborative robots, end effectors, ASRS, and mobile robots.”

“We believe these segments will continue to demonstrate strong growth characteristics,” he added.

“It's analogous to the software market, where there were on-premise licenses in the late 1980s and early '90s,” he continued. “That's where robotics is today. For a small maintenance fee, software moved to software as a service. It could start with smaller customers.”

Speaking of smaller companies, most small and midsize enterprises (SMEs) are just getting started with automation.

Robotics and Automation Help Companies Through Economic Challenges, Says Thomas H. Lee Partners
The private equity firm's technology and business solutions vertical is active in the growing industry.
Manufacturing in the USA vs. China: AI could be the tipping point
High labor cost and quick time-to-market have driven U.S. manufacturers to be more aggressive with the adoption of industrial...
Research from Interact Analysis outlines potential challenges ahead for warehouse automation market
Report predicts double-digit growth for 2019 and 2020, headwinds expected in 2021. Service, maintenance and aftermarket sales expected to become an increasingly important...
More Economy