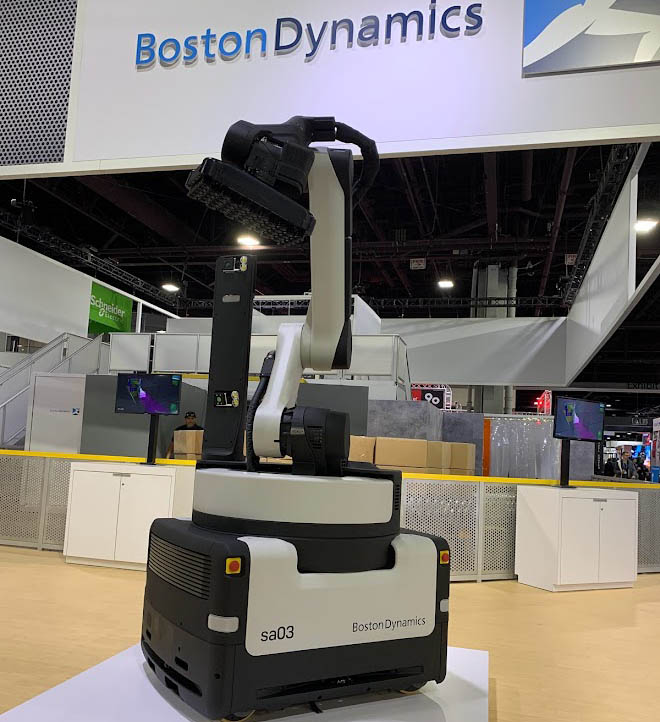 Mobile robots are all over the place, but there were relatively few piece-picking systems at MODEX, aside from palletizing robots that relied on suction rather than grippers.

IAM Robotics and Fetch Robotics (now Zebra) have shifted in focus from mobile manipulation to AMRs, at least for now. Dexterity showed how two robots can handle parcel picking.

One of the more promising systems drawing attention at MODEX was Boston Dynamics’ new Stretch robot for unloading trucks (above).