Flytrex plans to expand its drone deliveries in North Carolina as it continues building partnerships with leading retail and restaurant chains. 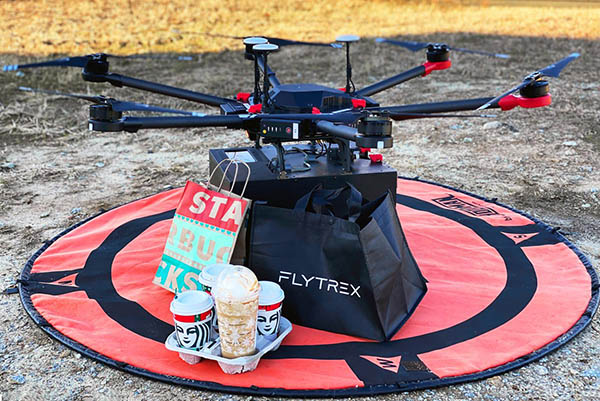 Flytrex
Flytrex delivers orders from quick-serve restaurants and other retailers in North Carolina.
By Robotics 24/7 Staff
·

Flytrex Inc. today said it has received approval from the Federal Aviation Administration to expand its delivery radius to one nautical mile across all of its operating stations in North Carolina. The Tel Aviv, Israel-based company claimed that it has already completed more drone deliveries to homes than any other company in the U.S.

“Drone delivery is reaching new heights faster than anyone could have expected,” said Yariv Bash, co-founder and CEO of Flytrex. “This approval from the FAA will allow us to cater to the growing demand for fast and efficient on-demand delivery in suburban America. We look forward to continuing on this exciting flightpath, bringing five-minute delivery to the millions of backyards across the U.S.”

Since successfully launching the world’s first fully autonomous urban drone delivery in Reykjavik, Iceland, in 2017, Flytrex said it has been helping to get drone delivery off the ground. The company said its business-to-consumer service lets retailers and quick-service restaurants (QSRs) better serve customers in suburban areas by offering lower costs, faster deliveries, and greater reach than ever before.

Flytrex claimed that its commercial aviation-grade drones and cloud systems provide safe, swift, and sustainable service. It added that it has more QSR and retailer collaborators than any other drone-delivery company.

The FAA approval came on the heels of several milestones for Flytrex. Last month, the company raised $40 million in Series C funding round to ramp up expansion throughout the U.S. and advance its partnerships.

Flytrex has been operating in the “First in Flight” state since September 2020, beginning in Fayetteville, N.C., and expanding its service to the town of Raeford, N.C. Since February 2021, the company said its order volume in North Carolina has increased more than tenfold, with thousands of deliveries to date. 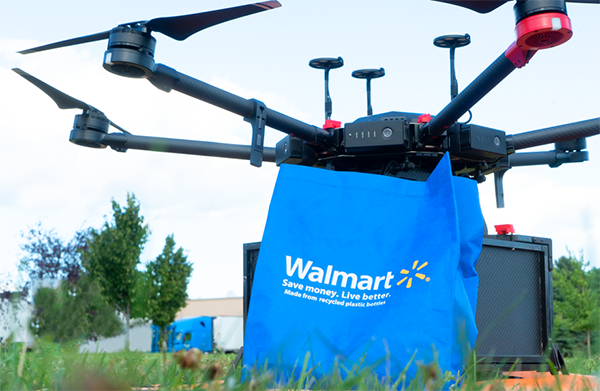 Flytrex plans to expand its drone delivery service across the U.S. with FAA approvals. Source: Flytrex

Flytrex worked with the North Carolina Department of Transportation (NCDOT) in the FAA’s Unmanned Aerial System Integration Pilot Program (UAS IPP), which concluded in October 2020. The joint industry/government team is also one of eight participants in the FAA's BEYOND Initiative, a subsequent project focused on tackling the remaining challenges of UAS) integration.

The latest approval will allow Flytrex to operate its five-minute delivery service above people and moving vehicles, said the company.

Flytrex will make deliveries in cooperation with longtime partner Causey Aviation Unmanned, offering food, drinks, and other goods to approximately 10,000 eligible households that can opt into the service. Flytrex and Causey said they will conduct all flights while maintaining the highest safety standards.

The process for ordering delivery via drone will remain the same at each location. Eligible households will be able to submit orders to nearby stores, restaurants, and cafes. The Flytrex app updates customers regarding their order status along the route until each package is lowered safely by wire into their backyards.

Flytrex
Flytrex delivers orders from quick-serve restaurants and other retailers in North Carolina.