The companies will continue development and testing in China to improve safety and public acceptance. 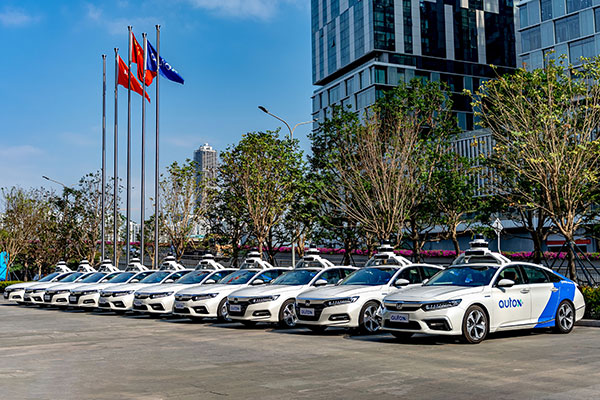 AutoX
Honda is working with AutoX to test autonomous vehicles in China.
By Robotics 24/7 Staff
·

AutoX announced yesterday that it is working with Honda China on testing autonomous vehicles on public roads in China. Honda China said it will provide Accord and Inspire vehicles that will use AutoX's artificial intelligence technology.

Shenzhen, China-based AutoX was founded in 2016 by Dr. Jianxiong Xiao, who has experience from the Massachusetts Institute of Technology and Princeton University. The company has eight offices and five research and development centers globally.

AutoX claimed that its SAE Level 4 AutoX Driver platform is capable of handling the densest and most dynamic traffic conditions in urban areas around the world. It is the second company to receive a permit from the California Department of Motor Vehicles for completely driverless robotic taxicab service. AutoX has also deployed more than 100 robotaxis in Shanghai, Shenzhen, Wuhan, and other cities.

In this partnership, Honda said it use AutoX’s experience to deepen the partners' understanding of China’s traffic environment, establish public acceptance of safe autonomous driving, and seek new AI technologies.

Honda is said its goal is to have “zero traffic collision fatalities by 2050.” The company began to apply “Honda SENSING” to a wide range of products in 2015, and it is working on the next generation of the technology. Last month, Honda launched the first mass-production vehicle compatible with Level 3 autonomy in the Japanese market.

AutoX said its robotaxi service in Shanghai is available for any public riders through an app.

AutoX
Honda is working with AutoX to test autonomous vehicles in China.