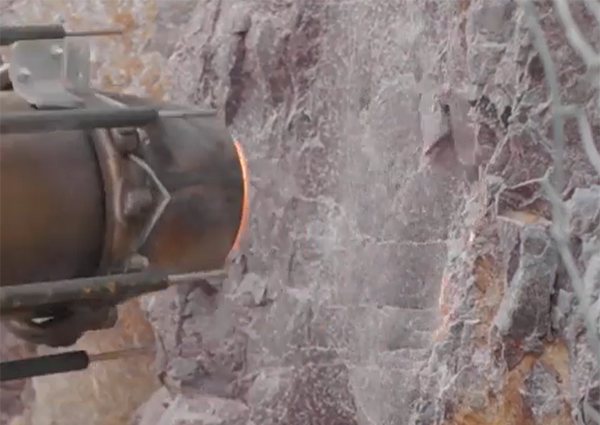 Petra Inc. yesterday said that it has raised $30 million in Series A funding and successfully completed a 20-ft. demonstration tunnel “through the hardest rock on earth.” The San Francisco-based company claimed to be the first one capable of inexpensively placing critical utilities underground through hard geologies.

“In the past, there have only been a handful of costly and inefficient methods for tunnel construction, starting with manual tools and evolving to the modern tunnel-boring machine,” said Kim Abrams, co-founder and CEO of Petra. “Our non-contact method is the next evolution of tunneling and will usher in a new age of undergrounding utilities.”

“By delivering the first non-contact, boring robot that affordably undergrounds utilities through bedrock, we can protect communities around the world from exposure to wildfires and ensure the safety of critical infrastructure in disaster-prone areas,” she said.

As global demand for energy continues to increase, the challenge of building a robust infrastructure is also growing, said Petra. The company claimed that its robots can change the economics of undergrounding to make it more accessible for all communities and enable them to safeguard critical infrastructure.

“The U.S. national grid, established more than 40 years ago, wasn't built to withstand climate change or new strains on the system,” noted Petra. “Above-ground power lines have caused thousands of wildfires in recent years and are frequently destroyed during violent storms. Without a new approach, the stresses will only get worse.”

The U.S. Energy Information Administration (EIA) has projected that global energy demand will increase by 50% in the next 30 years, requiring more transmission lines. “If we want a resilient infrastructure, power lines must be undergrounded,” Petra said.

In addition, the company said it addresses urban vulnerabilities to man-made disasters like the San Bruno pipeline explosion of 2019.

“Most cities have a maze of existing utility infrastructure that lives in the soft soil layers, just below the surface,” said Petra. “Going into bedrock below the existing infrastructure allows engineers to reduce the complexity and vulnerabilities of urban utility projects.” 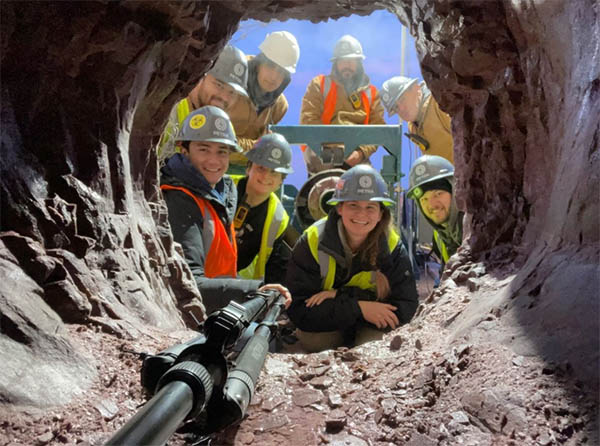 One of the hardest problems in underground construction is the need to bore utility tunnels reliably and cost-effectively through minerals such as granite, basalt, and gneiss.

Petra said it has developed the first non-contact, thermal-drilling method that can uniquely bore 60-in. (152-cm)-diameter micro tunnels through hard rock, making it possible to bore utility tunnels through previously impenetrable geologies.

Conventional micro-tunneling machines are purpose-built for a single diameter. By contrast, Petra said it is capable of boring a range of diameters between 20 (50.8 cm) to 60 in., dramatically reducing the costs of tunneling.

“Petra successfully completed a 20-foot bore through hard Sioux Quartzite, where we averaged an astounding 1 inch per minute in a geology usually excavated by dynamite,” said Ian Wright, chief technology officer of Petra and a Tesla co-founder. “No undergrounding method has been able to tunnel through this kind of bedrock until now. This achievement is due to Petra’s thermal drilling method, which efficiently bores through rock without touching it.” 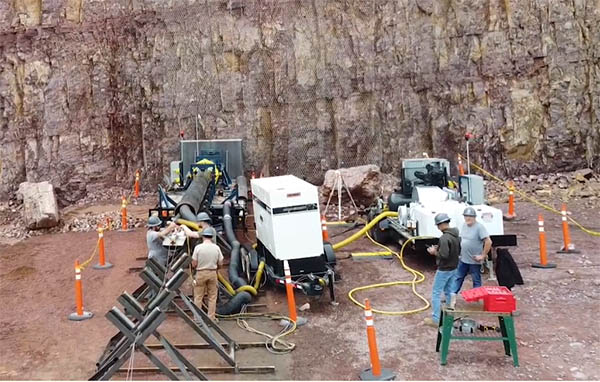 A crew prepares the Petra drilling robot for a demonstration. Source: Petra

DCVC led Petra's Series A round. The deep-tech venture capital firm said it has more than 20 years of experience of supporting entrepreneurs tackling previously unsolvable problems.

“At DCVC, we’re committed to investing in companies that are building solutions to make our society’s infrastructure more resilient,” said Dr. Chris Boshuizen, a partner at DCVC Partner and co-founder of Planet. “Petra’s ability to bore tunnels in bedrock is transformational for global utilities and innumerable other applications.

“Petra’s tunneling technology is providing a safer, faster, and more cost-effective option for all underground infrastructure—electricity, water, sewage, and enables projects the world would never have been able to do before,” he said.